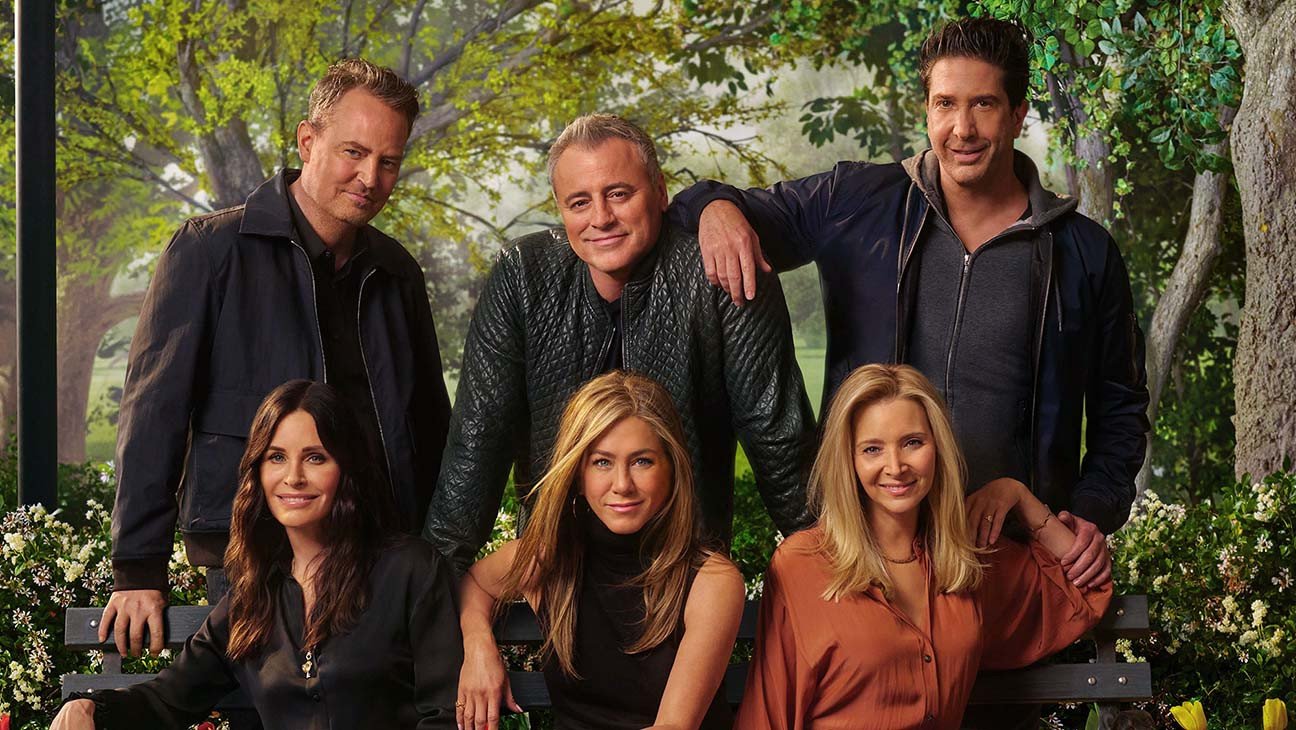 Description: Joey would have opened a sandwich shop, Monica would be trying to outdo other moms at bake sales, and Rachel would have started her own clothing line. That’s what the stars of Friends imagine their characters would be doing 17 years after the hit comedy series came to an end in 2004. Ahead of a one-off reunion special to be aired next week, Jennifer Aniston, Lisa Kudrow, Courteney Cox, David Schwimmer, Matt LeBlanc and Matthew Perry spoke with People magazine about the reunion, and their memories of the show. “I always just feel like Monica would be doing something competitively with other mothers and trying to outdo them. Whether it’s the bake sale at school or something. I mean, she’d be so annoying. She’d be at the head of the PTA or something,” Cox told People. “Joey would have opened a chain of sandwich shops,” said LeBlanc. “And eaten all the sandwiches,” quipped Perry. Aniston said getting back together for the reunion was “like a family. I don’t have sisters. It’s what I assume sisters are like.” Schwimmer said that when the original series ended in 2004, he took a “Professor Geller” placard from his paleontologist character’s office. Kudrow said she took Phoebe’s rings as a memento and her security badge for the studio where the series was filmed. The Friends reunion trailer also came out yesterday and saw Aniston saying, "I remember going to the producer of the show I was on and he told me, that show [Friends] is not gonna make you a star." Friends, the story of six 20 Somethings in New York, was one of the most popular TV shows of the 1990s and found a new life on streaming platforms where it is one of the most watched shows worldwide. The unscripted reunion will air on HBO Max on May 27 with a string of celebrity guests that includes Lady Gaga, Justin Bieber, Malala Yousafzai and actors who played supporting roles on Friends such as Janice, Richard, and Gunther. Watch the trailer here:  Have something to add to the story Share it in the comments below.
Published Date: 20-May-2021
Share:  Linkedin   Whatsapp   Facebook