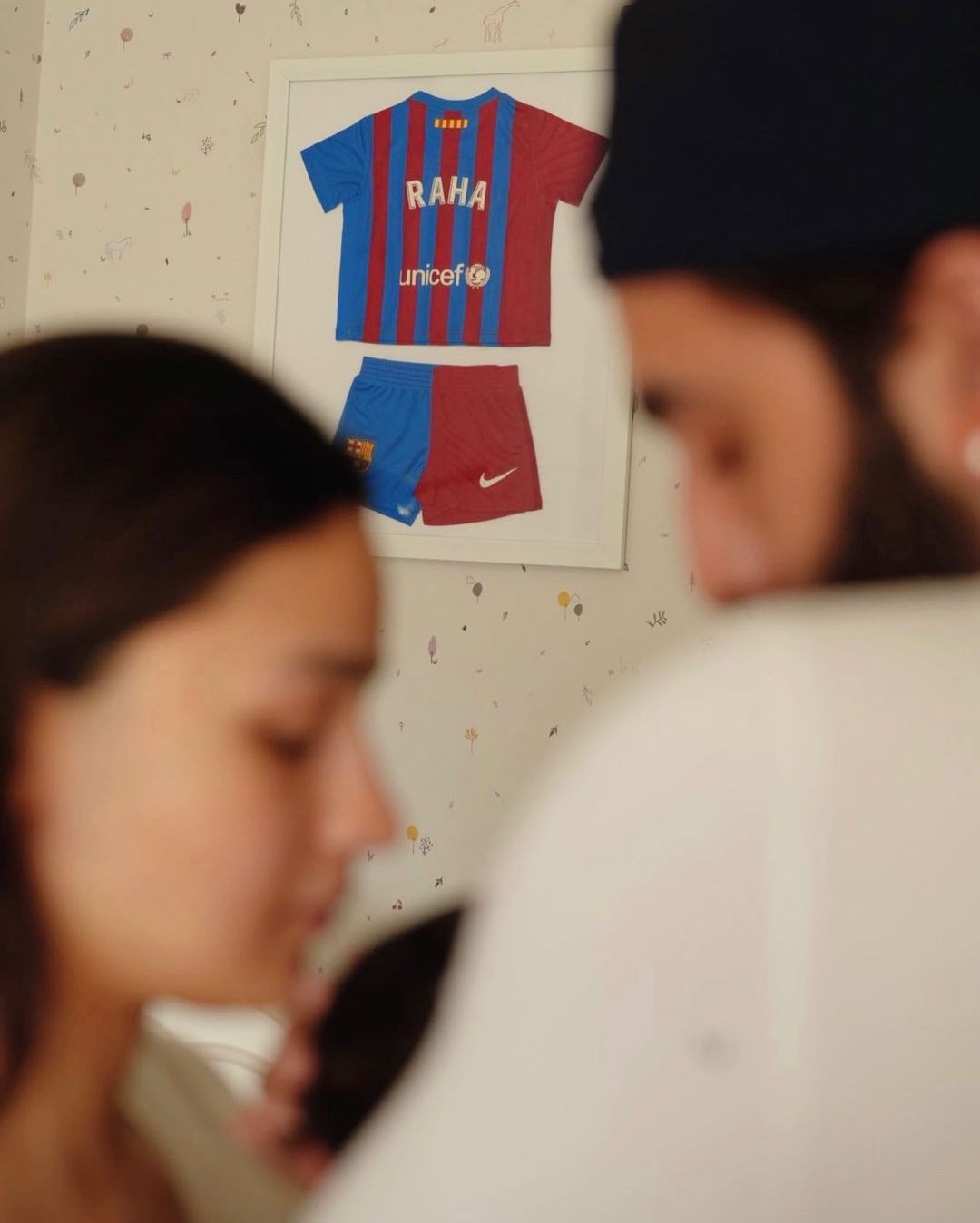 Description: Alia Bhatt and Ranbir Kapoor have announced the name of their baby girl. Alia took to Instagram to share a photo of herself, Ranbir and a glimpse of their newborn, with a jersey in the background with the name Raha on it. Alia credited Raha’s grandmother Neetu Kapoor for coming up with name. She wrote, “The name Raha (chosen by her wise and wonderful Dadi) has so many beautiful meaning. Explained the meaning of the name, she wrote, “Raha, in its purest form means divine path, in Swahili she is Joy, In Sanskrit, Raha is a clan, In Bangla – rest, comfort, relief, in Arabic peace, it also means happiness, freedom and bliss.” She added, “And true to her name, from the first moment we held her – we felt it ALL! Thank you Raha, for bringing our family to life, it feels as though our lives have only just begun.”         View this post on Instagram                       A post shared by Alia Bhatt ???? (@aliaabhatt) Alia and Ranbir welcomed their baby girl on November 6 at HN Reliance Hospital in Mumbai. Announcing the birth of Raha, Alia and Ranbir shared on Instagram, “And in the best news of our lives, our baby is here, and what a magical girl she is. We are officially bursting with love, blessed and obsessed parents, love love love Ranbir and Alia.” In a recent chat with Marie Claire magazine, Alia spoke about raising her daughter in the public eye. “I am a little concerned about bringing up a child in the public eye. I talk about it with my friends, with my family, and my husband a lot. I don’t want there to be a, sort of, intrusion into my child’s life,” she said. The Darlings actor added that it is her choice to be an actor and a public figure but maybe her child won’t choose the same path. “So that’s something that I feel very protective about,” the actor said. Have something to add to the story? Share it in the comments below.
Published Date: 25-Nov-2022
Share:  Linkedin   Whatsapp   Facebook