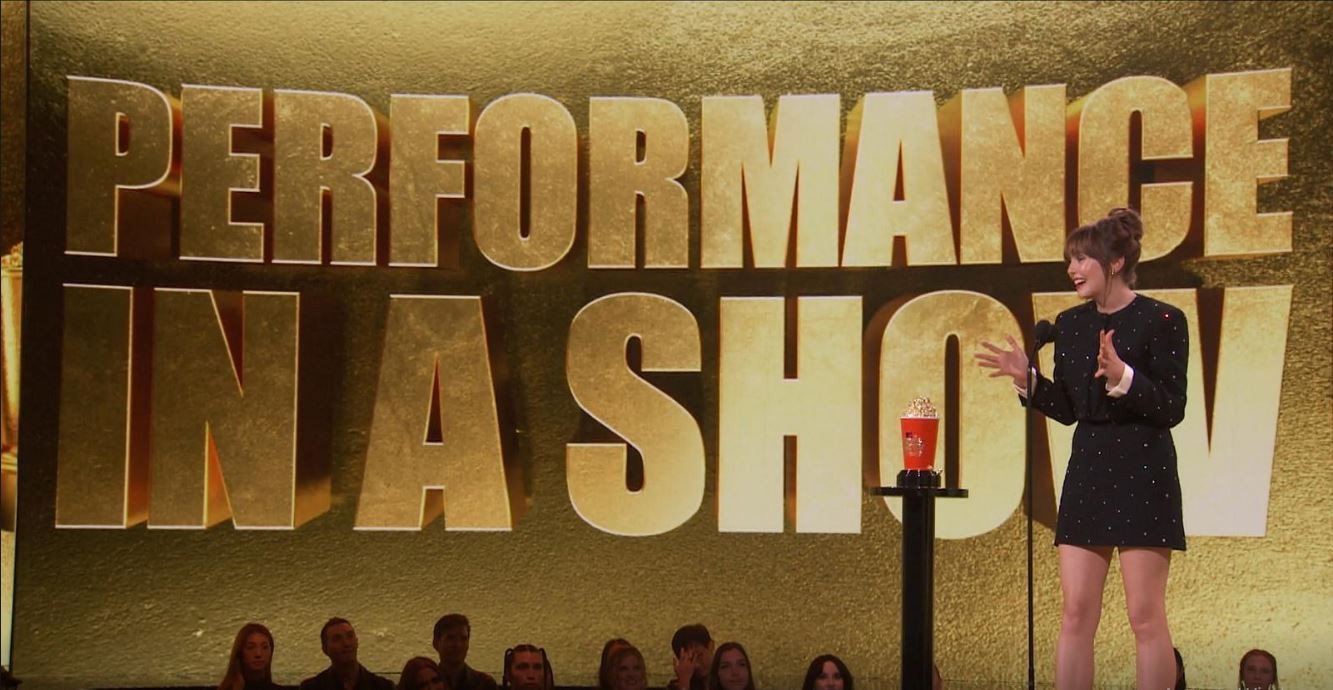 Description: Marvel comics spinoff WandaVision dominated the MTV Movie and TV Awards on Sunday, while Scarlett Johansson and Sacha Baron Cohen got special awards for their contributions to the film industry. Chadwick Boseman received a posthumous award, for best performance in a movie, for his final film, the jazz period drama Ma Rainey’s Black Bottom. The Black Panther actor, 43, died in August 2020 of colon cancer. “His impact is everlasting and we are eternally grateful for the way his presence and his art has changed the world. We love you and miss you,” said “Black-ish” actress Yara Shahidi, accepting the award on Boseman’s behalf. WandaVision, the Disney+ series that gives starring roles to supporting superhero characters Wanda Maximoff and Vision, was chosen best TV show in the fan-voted awards, while Elizabeth Olson won for best performance for her portrayal of the lead character Wanda. Kathryn Hahn took home the golden popcorn statuette for best villain for her role as nosy neighbor Agatha in WandaVision, which also won the popular best fight trophy for a battle between Agatha and Wanda. Black Widow star Johansson was honored with MTV’s Generation Award in recognition of her Hollywood career. In a video message, Johansson thanked her fans for their support. “I realise what an absolute gift it is to be able to have the opportunity to do what I love,” she said. Baron Cohen appeared as his outrageous characters Borat, Bruno, the Dictator and Ali G, as well as himself, to accept the Comedic Genius award presented by Hollywood producer, Seth Rogen, who called the British actor and writer “the most fearless performer I have ever known.” Leslie Jones hosted the show in Los Angeles before a small, Covid-tested and mostly unmasked live audience and a larger audience on huge video screens. Elsewhere, Asian-American young adult romance To All the Boys: Always and Forever, was chosen best movie, while British actor Rege-Jean Page won for his breakthrough performance in the hit TV romantic series Bridgerton. MTV’s awards for reality shows will be handed out in a separate ceremony to be broadcast on Monday night.
Published Date: 17-May-2021
Share:  Linkedin   Whatsapp   Facebook