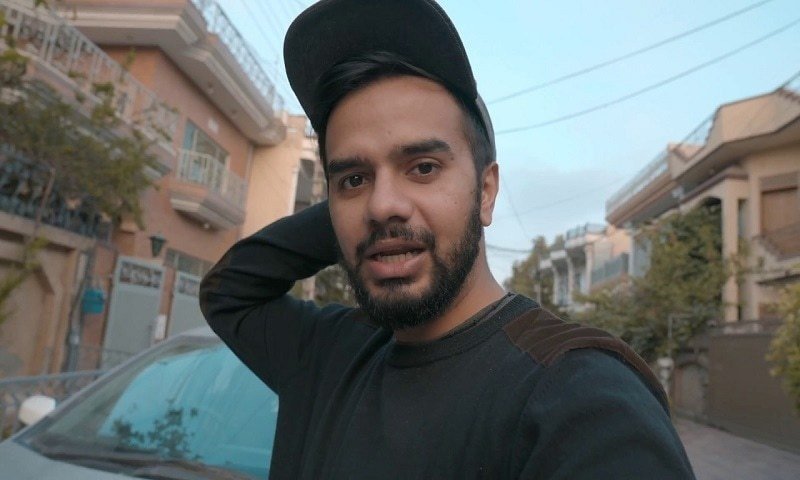 Description: Popular Pakistani YouTuber has amassed quite a following since he first joined the platform in 2010. With over a million subscribers, Junejo has been the subject of requests calling him to take upon greater social responsibility and speak about global issues, particularly the violence in Kashmir and Palestine. The social media sensation recently released a video speaking about the role of influencers and content creators in times of unrest. With the act of celebrity worship on the rise that show no signs of abating, the question of an influencer's social responsibility is a valid one. However, Junejo takes issue with the current expectations people have from content creators, since he believes they don't add anything of value to the situation. He prefaced the video with an admission of the fear he felt when it came to the idea of sharing it on YouTube. "I was scared to make this video, because when you have been making videos on YouTube for a long time, you figure out which videos will cause people to berate you, but also that some people will understand what you're trying to say. And then there are some videos that you know are going to lead you to be berated by everybody," Junejo underlined. He went on to speak about how his journey on YouTube has been a complicated one, sharing that the intentions with which he started his channel morphed into something he did not feel comfortable with. "When I started this platform, I did it so that my voice can reach people across the world. But sometime after, this platform turned into me just saying things that I know people want to hear. I didn't have any opinions of my own, especially knowing they are going to upset people. That led to a lot of mental trauma, confusion, anxiety, imposter syndrome." Junejo shared how he is often asked, and sometimes rather disrespectfully so, to speak up on issues such as the violence in Kashmir or the Israeli war on Palestine. He stated, "Every time something like this happens, whether it's in Kashmir or Palestine, my DMs and comments become flooded with people saying 'talk about this', 'raise your voice', 'why aren't you talking You have such a big platform, talk about this on it'.” With reference to the Kashmir issue, Junejo spoke of how he had shared informative videos on his page relating to it, but people were not satisfied until he put out a video of his own. He shared how people didn't feel as though what he was doing was enough to prove his ‘Pakistaniyat'. He lamented about how he was accused of staying silent because of his Indian subscribers, to which he responded saying they make up only 15% of his followers. On the topic of making a YouTube video, Junejo emphasised that there was not much he could say that would be of any substance. He explained, “Other than emotional speeches and anger, what substance do I add to this conversation. I never get an answer to that. Either I have on-ground access or access to the people there, then I make a video with substance." Junejo spoke of how, if he did make a video, it would be no more than a ‘content opportunity'. "What do I add to that whole conversation Nothing, just emotions. Not backed by facts, just Wikipedia research. I think YouTube is not the right place to raise awareness about this issue with emotional rants. Unless you are an expert on that topic, until you know how to talk about it," he said. Junejo continued, “What practically benefits is amplifying the voices of those people who are already on-ground and have access. Who are present and are well-researched about this topic; I am not saying it's a complicated issue, all I'm saying is if I am making a video on any issue happening globally on the research of three days, what am I adding to that conversation Compared to me sharing a bunch of articles and videos. Which would benefit the viewer more" The YouTuber went on to highlight the importance of practical actions like fundraisers. “I am a creator. I enjoy photography. My friend Ramish is an illustrator, he started a fundraiser where you can buy one of his illustrations for PKR 750, 100% of the proceeds go towards the charities that are helping victims in Gaza on-ground," he noted. When it comes to local topics of a sensitive nature, he respectfully refused to share his opinion due to fear of the safety of himself and his loved ones. "If you watch my videos, I am not difficult to track,” he shared, adding later that he feared violent reactions and quite simply did not want to risk his own life or the lives of his family, who have been threatened in the past,” Junejo concluded. Have something to add to the story Shared it in the comments below.
Published Date: 23-May-2021
Share:  Linkedin   Whatsapp   Facebook