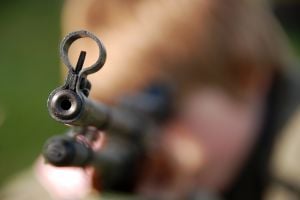 Description: Azerbaijan said on Friday that one of its soldiers had been wounded when Azeri positions came under fire overnight from Armenian forces, accusations that Armenia denied. In a statement, the Azeri defence ministry said Armenian forces had fired from several directions at its positions in Nakhchivan, an Azeri enclave separated from the rest of Azerbaijan by Armenian territory. The wounded soldier was given first aid and taken to hospital, it said. Armenia's defence ministry denied Baku's assertion, the TASS news agency reported. On Thursday, Azerbaijan captured six Armenian servicemen, the latest twist in a simmering border dispute.  In six weeks of fighting last September to November, Azeri troops drove ethnic Armenian forces out of swathes of territory they had controlled since the 1990s in and around the Nagorno-Karabakh region of Azerbaijan. Russian eventually brokered a ceasefire.
Published Date: 28-May-2021
Share:  Linkedin   Whatsapp   Facebook