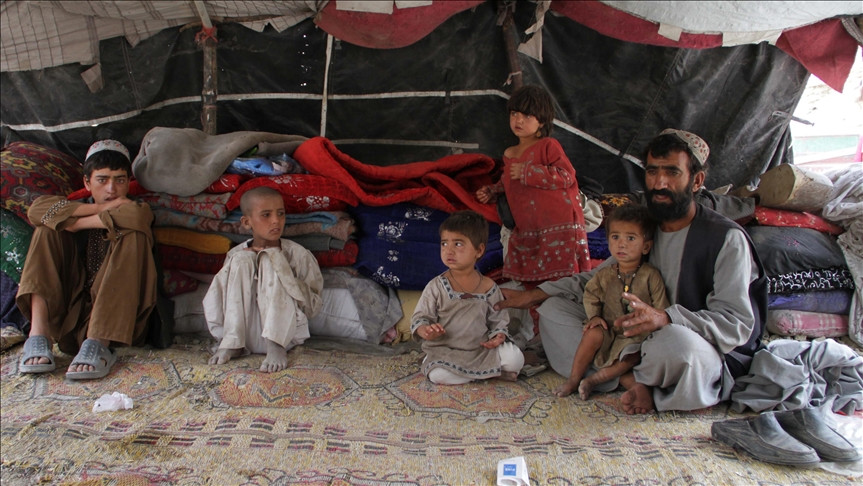 Description: An additional 2,000 families have been displaced in Afghanistan amid deadly clashes between security forces and Taliban insurgents in eastern Laghman province that borders Kabul, officials confirmed on Tuesday. The National Security Council (NSC) said mounting Taliban assaults in Laghman has forced hundreds of families to flee. “Ask the Taliban where and to whom the ‘Islamic system’ is being implemented. With their arrival [in Laghman] institutions have been looted and people are fleeing,” NSC spokesman Rehmatullah Andar tweeted. Clashes between security forces and Taliban insurgents in several provinces have caused concerns among residents. Interior Minister Hayatullah Hayat told the upper house of parliament on Tuesday that investigations have been launched into the fall of security check posts in a number of provinces without putting up resistance. Districts were overrun by the Taliban in the provinces of Baghlan, Maidan, Wardak and Laghman in less than one month as the country witnesses mounting assaults by insurgents on the heels of the withdrawal of foreign troops. "Unfortunately, foreign intelligence agencies are propagating psychological warfare and the enemy propaganda is spreading baseless fears about the fall of the system," said Hayat. The head of NDS intelligence agency, Ahmad Zia Siraj, told parliament that in the past two months, 3,466 enemy attacks have been repelled. The Defense Ministry said on Monday a major Taliban offensive was pushed back in eastern Laghman, with at least 50 insurgents killed. The counter-terrorism operation against the advancing Taliban was directly supervised by army chief Gen. Yaseen Zia in which more than 60 insurgents were also injured when special units of security forces repelled coordinated assaults in the Mehtarlam, Alingar and Alishang areas. After US President Joe Biden's announcement that American troops will leave Afghanistan by Sept. 11, deadly violence returned Afghanistan following a three-day truce for the Muslim holy festival of Eid al-Fitr.
Published Date: 26-May-2021
Share:  Linkedin   Whatsapp   Facebook