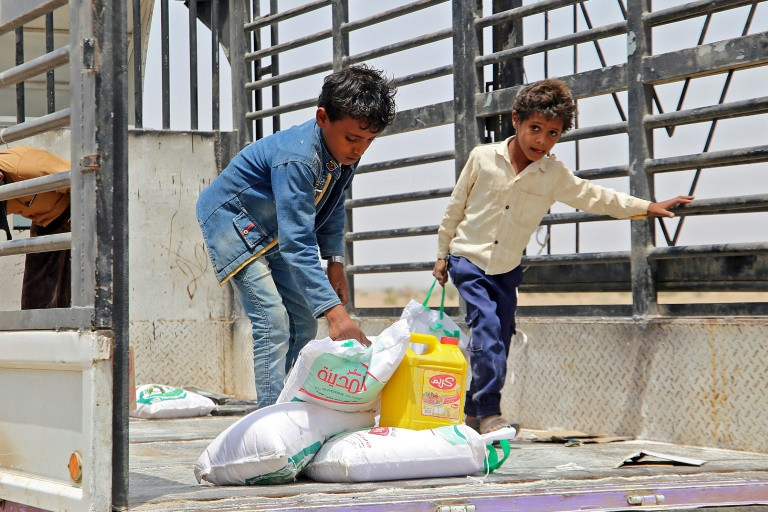 Description: The global food crisis sparked by the war in Ukraine will kill millions by leaving the hungriest more vulnerable to infectious diseases, potentially triggering the world's next health catastrophe, the head of a major aid organisation has warned. A Russian naval blockade of Ukraine's Black Sea ports has stopped grain shipments from the world's fourth-largest exporter of wheat and corn, raising the spectre of shortages and hunger in low-income countries. The knock-on effects of the food shortages mean many will die not only of starvation but from having weaker defences against infectious diseases due to bad nutrition, Peter Sands, executive director of the Global Fund to Fight Aids, Tuberculosis and Malaria told AFP this week. "I think we've probably already begun our next health crisis. It's not a new pathogen but it means people who are poorly nourished will be more vulnerable to the existing diseases," he said in an interview on the sidelines of a G20 health minister meeting in the Indonesian city of Yogyakarta. "I think the combined impact of infectious diseases and the food shortages and the energy crisis... we can be talking about millions of extra deaths because of this," he said. World governments should minimise the impact of the food crisis by providing frontline healthcare to their poorest communities, who will be the most vulnerable, said the British former banker who now heads the $4 billion fund. "That means focusing on primary healthcare so the healthcare that is delivered in the villages, in the communities. Hospitals are important but when you are faced with this kind of challenge, the most important thing is primary healthcare." 'Disaster' "It's been a disaster for TB," said Sands. "In 2020 you saw globally 1.5 million people less getting treated for TB and tragically that means several hundreds of thousands of people will die but also that those people will infect other people." The health expert said solving the food crisis was now paramount in aiding the treatment of the world's second-deadliest infectious disease. The West and Ukraine accuse Russia of trying to pressure them into concessions by blockading vital grain exports to increase fears of global famine. Moscow has countered by saying that it is Western sanctions that are to blame for shortfalls in the Middle East and Africa. Germany will host a meeting on the crisis on Friday under the title "Uniting for Global Food Security", with US Secretary of State Antony Blinken among those attending. "It is the poor person pandemic and because of that, it hasn't attracted the same amount of investment in research and development," Sands said, referring to tuberculosis. "This is a tragedy because this is a disease we know how to prevent, how to cure, we know how to get rid of."
Published Date: 23-Jun-2022
Share:  Linkedin   Whatsapp   Facebook