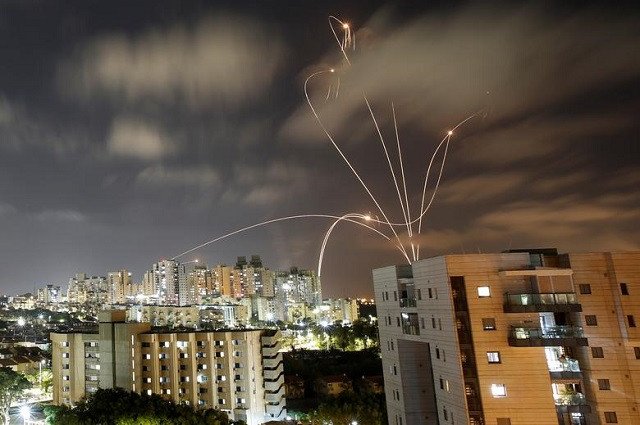 Description: Gaza police have neutralized nearly 300 unexploded shells and missiles fired by Israel during its offensive on the blockaded Palestinian territory. Police chief Mahmoud Salah told a press conference in the Gaza Strip on Saturday that bomb disposal teams were still working to neutralize other unexploded ordnance despite their limited technical capabilities. The conference was held on the rubble of the police headquarters that was destroyed by an Israeli airstrike. “The Israeli occupation sought to confuse our home front by bombing police headquarters…, but the police did not hesitate to participate in confronting the occupation,” Salah said. He continued, "The occupation failed miserably in destabilizing our security and threatening our internal front, and the police officers remained steadfast in their positions to effectively serve our people.” Salah said that police will continue serving and protecting the people of Gaza despite the destruction of the police headquarters. On Friday, an Egyptian-brokered a cease-fire between Palestinian resistance groups and Israel came into effect, putting an end to 11 days of fighting. At least 248 Palestinians were killed, including 66 children and 39 women, and 1,948 others injured in Israeli attacks on the Gaza Strip, according to the Palestinian Health Ministry. Health authorities in the West Bank have separately confirmed 31 killed in the West Bank since last month, totaling 279 across all Palestinian territories. Twelve Israelis were also killed by Palestinian rocket fire from the Gaza Strip.
Published Date: 23-May-2021
Share:  Linkedin   Whatsapp   Facebook