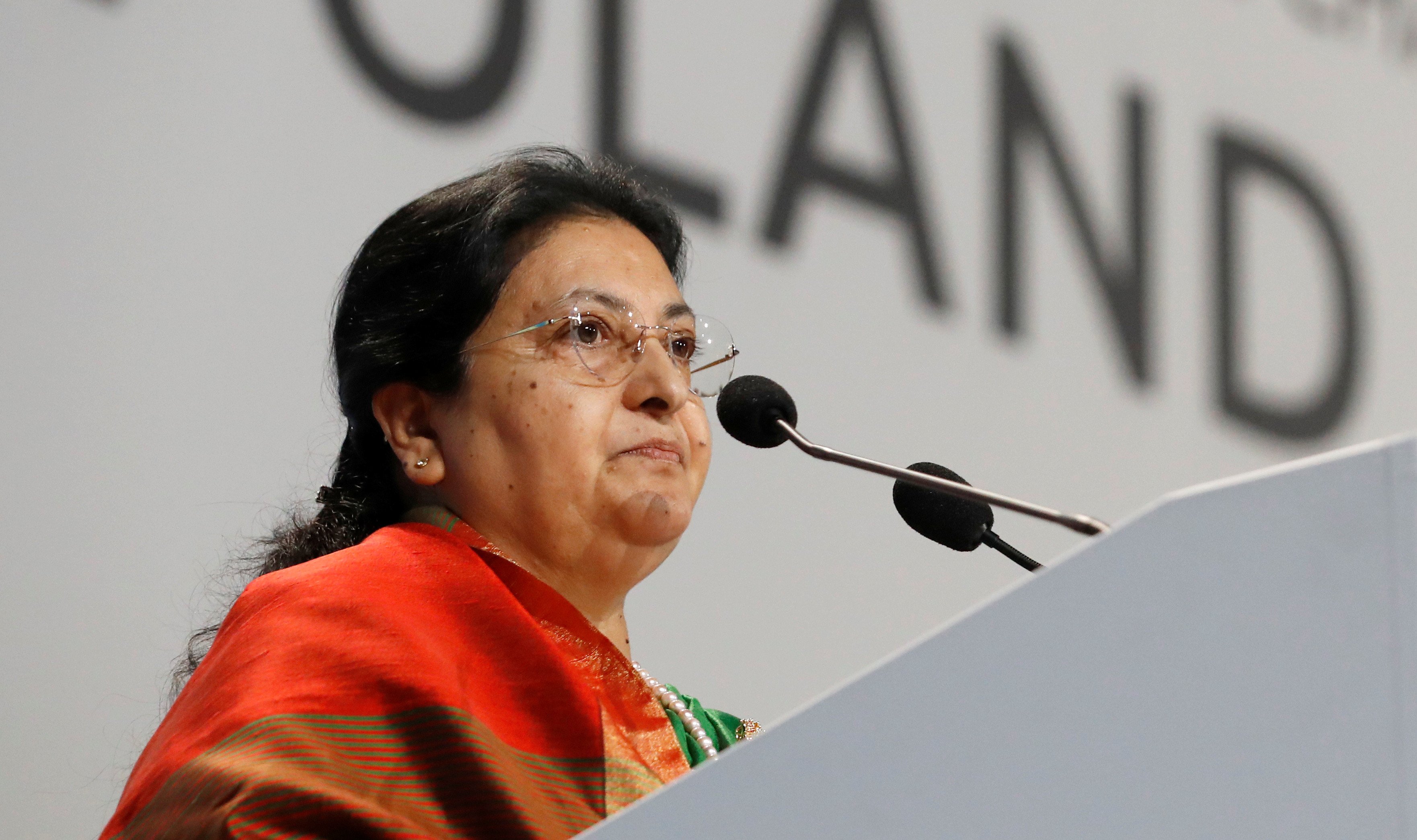 Description: Nepal plunged into fresh political turmoil on Saturday as President Bidya Devi Bhandari dissolved parliament and fixed general elections in November amid a worsening Covid-19 outbreak. The surprise announcement comes after a presidential statement said neither the caretaker Prime Minister KP Sharma Oli, nor opposition leader Sher Bahadur Deuba were able to demonstrate a majority to form a new government by the Friday deadline set by Bhandari. “The president has dissolved the House of Representatives and ordered the first phase of general elections on November 12 and the second phase on November 19,” a presidential statement issued after midnight said. Read more: Nepal heads to surprise election next year after PM loses ground It said the decision was made on the recommendation of the cabinet headed by caretaker Prime Minister Oli, whose December 2020 dissolution of parliament sparked weeks of protests and was reversed by the Supreme Court as unconstitutional in February. The opposition says Oli, who had lost a vote of confidence this month, has no legal authority to recommend the dissolution of the parliament. Five opposition leaders said in a joint statement the prime minister had pushed the country into a serious problem at a time when people were suffering and dying due to the coronavirus pandemic. "When the country should have united to battle the pandemic, the dissolution of the parliament has only added to the problems and sufferings of the people," the statement said. Also read: Nepal dissolves parliament after government infighting Prakash Sharan Mahat, a senior leader of the opposition Nepali Congress party said they will launch a political and legal fight against the move. Oli, 69, says fresh elections could end the political confusion of recent months. Elections could be held despite the pandemic, he told reporters on Friday. Nepal is battling a deadly second wave of the pandemic and is reporting more than 8,000 new infections on average each day. On Friday, the country said it had recorded 497,052 infections and 6,024 coronavirus-related deaths since the pandemic began, according to government data.
Published Date: 22-May-2021
Share:  Linkedin   Whatsapp   Facebook