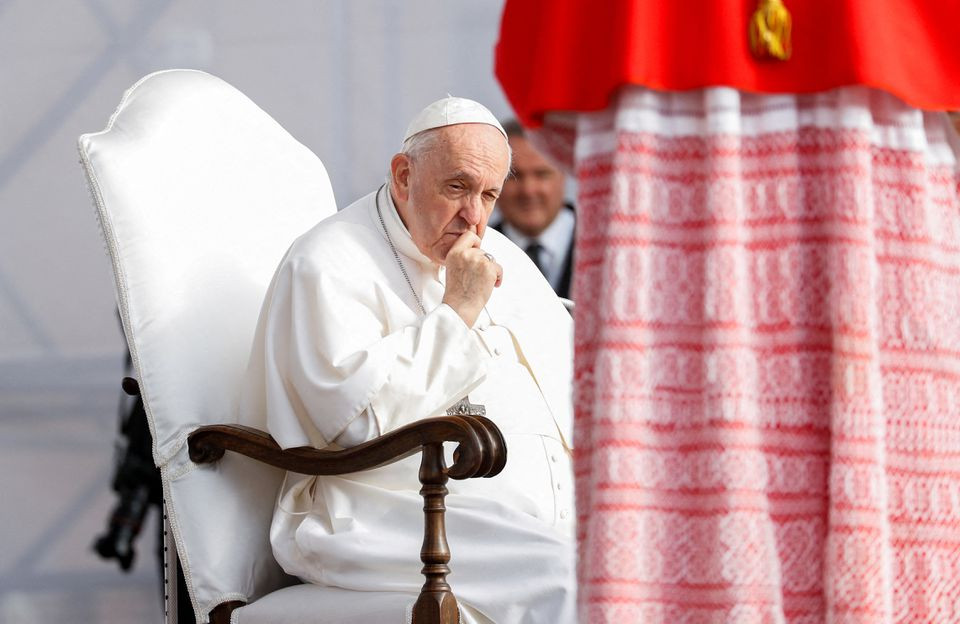 Description: Pope Francis broke down and cried on Thursday as he mentioned the suffering of Ukrainians during a traditional prayer in central Rome. The pope's voice began to tremble as he mentioned the Ukrainians and he had to stop, unable to speak, for about 30 seconds. When he resumed the prayer, his voice was cracking. The crowd, including Rome Mayor Roberto Gualtieri who was right was next to the pope, applauded when they realised he was unable to talk and saw him crying. Francis broke down during a traditional prayer to the Madonna at the foot of a statue on the Feast of the Immaculate Conception, a national holiday in Italy. Also read: German police set to make more arrests after coup plot thwarted "Immaculate virgin, today I would have wanted to bring you the thanks of the Ukrainian people," he said before being overwhelmed by emotion and having to stop. When he was able to, he continued: "Instead, once again I have to bring you the pleas of children, of the elderly, of fathers and mothers, of the young people of that martyred land, which is suffering so much." Since Russia invaded its neighbour in February, Francis has mentioned Ukraine in nearly all his public appearances and grown increasingly critical of Moscow.
Published Date: 08-Dec-2022
Share:  Linkedin   Whatsapp   Facebook