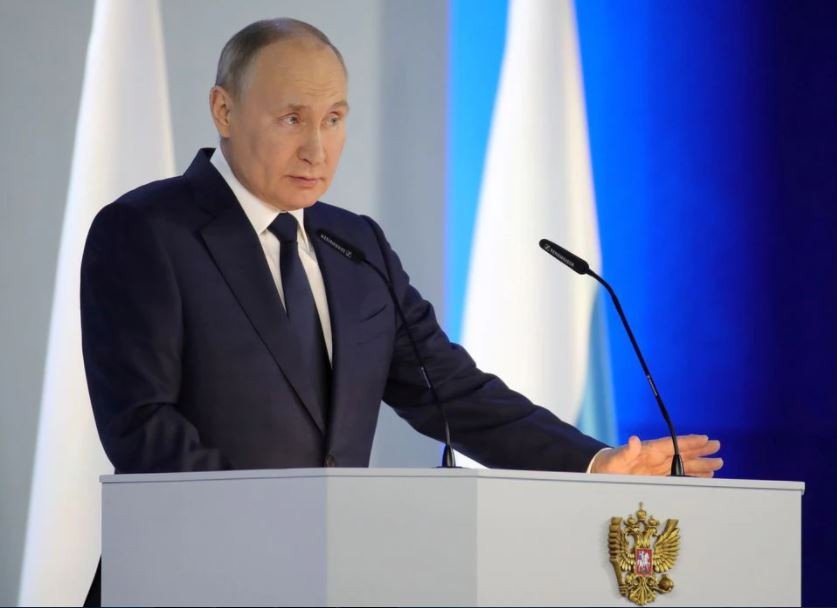 Description: President Vladimir Putin said on Thursday that Moscow would "knock out the teeth" of any power that tried to take a chunk of Russia's territory. The Russian leader, in televised remarks during a virtual meeting with senior officials, cited what he said were foreign remarks questioning Russia's control of energy-rich Siberia. A similar comment has been attributed in Russia to a former US secretary of state, Madeleine Albright, although she has denied making it. "Some even dare to say publicly that it is allegedly unfair that Russia owns the wealth of a region such as Siberia. Only one country does," said Putin. Read more: Biden sticks to Israel-Gaza playbook, irking progressives and allies Using combative language that appeals to his power base among the armed and security forces, Putin said Moscow would give a blunt and forceful response to any would-be aggressors. "Everyone wants to 'bite' us somewhere or 'bite off' something of ours, but those that would do this should know that we will knock out the teeth of all of them so they aren't able to bite... And the key to this is the development of our armed forces," he said. The comments come amid a push to agree a summit between Putin and US President Joe Biden aimed at preventing Moscow's dire relations with Washington sliding further.
Published Date: 20-May-2021
Share:  Linkedin   Whatsapp   Facebook