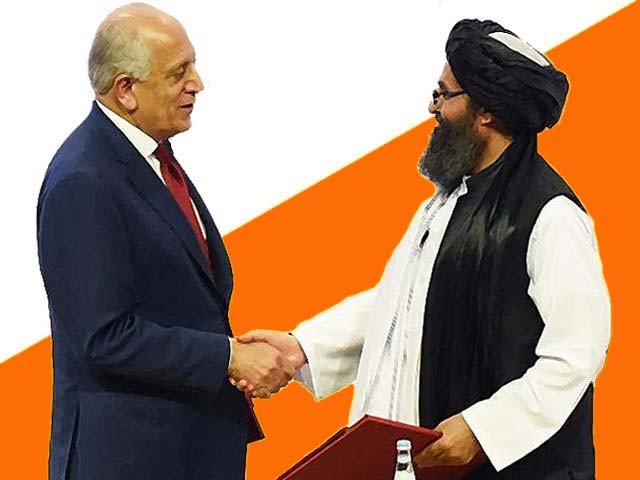 Description: There’s no doubt that the United States (US) is indeed withdrawing from Afghanistan despite prior speculation among some that US President Biden wasn’t serious about this fateful decision. The latest reports indicate that it’s already completed approximately 20% of this process ahead of its self-imposed deadline of September 11th. The conversation has now shifted to the consequences of the US’ full withdrawal. Most observers expect the Taliban to gain ground and perhaps eventually return to power. While the neighbouring countries would pragmatically adapt to that possible reality, many average Afghans might fear for their futures and thus begin yet another large-scale refugee crisis into those very same states, especially Pakistan as has happened before. The resultant “brain drain”, especially if the Taliban recaptures Kabul, would greatly hinder Afghanistan’s reconstruction. Others predict that this dramatic scenario won’t transpire anytime soon, especially if the US replaces some of its withdrawn forces with private military contractors (PMCs) to assist the Afghan National Army. It’s currently unclear whether that’ll happen, but observers mustn’t forget that there are over $1 trillion of rare earth minerals under the Afghan soil, and foreign investors might solicit those PMCs’ services in order to safeguard their extraction. On that topic, the neighbouring countries also have an interest in those resources too, as well as in seeing a stable Afghanistan functioning as the transit state for facilitating trans-regional trade. They can take advantage of both those resources and trade opportunities with or without the Taliban in power, but the chaos that might precede its very violent return to Kabul could postpone those eventualities for some time. With this strategic context in mind, it’s pertinent to ask a few questions about the US’ impending withdrawal from Afghanistan, the answers to which will help clarify those issues as much as is realistically possible. Firstly, it remains to be seen what the US will do with all of its equipment in the country. There’s been talk about giving some of it to regional partners, but it’s unclear exactly how much would be gifted or perhaps sold at a reduced rate. The Afghan National Army could use that equipment to at least delay the Taliban’s predicted advance, but only if they have capable individuals to operate them. Therein lies the second question, which relates to the speculative role of PMCs in the post-withdrawal security environment. These forces are largely unaccountable for their actions, leading to concerns that they might commit war crimes with impunity. Thirdly, the political process will have to continue in some form or another, but it might ultimately just be superficial if the Taliban goes on a country-wide offensive and enjoys some rapid successes. Instead of committing to some form of a power-sharing agreement with Kabul, they might simply try to take as much as they can, even if only to negotiate from an even greater position of power afterwards if their advance is eventually stopped. The US, Russia, China, and Pakistan will have to do their best to incentivise the Taliban in whatever way they can to remain faithful to the peace process. It’s questionable, however, whether they have the means to do this, let alone whether they’d succeed even if they tried. The most that America might do is launch some “surgical strikes” if it has the regional military capabilities, but that probably won’t do much. The fourth question concerns the future of average Afghans in a chaotic post-withdrawal scenario, especially those in Kabul. They might rightly fear the Taliban and thus seek to flee from their homeland. The neighbouring countries, especially Pakistan, must therefore prepare for a possibly large-scale refugee influx. The US should also consider allowing many of those same Afghans to move to the US, especially those that helped the occupation forces and thus risk retribution from the Taliban. Although migration is a hotly debated issue in America, few would argue that the US shouldn’t somehow help its Afghan allies if their lives are literally on the line. It’s in America’s best interests to do so since it could also help repair some of its badly damaged reputation. Ideally, there would be a bipartisan consensus on this, though that can’t be taken for granted. Fifthly, the very concept of terrorist designations might have to be redefined in the minds of many if the Taliban succeeds in its quest to return to power. The group’s terrorist actions are well-documented, but it also simultaneously functions as a national liberation organisation. The Taliban have cultivated close political relations with the four major countries involved in the on-going peace process, and while some like Russia still legally consider them to be terrorists, they don’t always treat them that way. If the Taliban takes Kabul, these countries will have to ask themselves whether they should continue designating the Taliban as terrorists or if it’s much more pragmatic to finally delist them and transition to formal diplomatic relations. There are plenty of arguments in favour of either choice, but what’s most important is that the issue is debated now. Taken together, the answers to these five questions will help guide policymakers in the direction of more effectively responding to forthcoming events in Afghanistan. The American withdrawal, while welcome and long overdue, might destabilise the country even more irrespective of whether that was its intent. The Taliban is poised to make rapid advancements in the most dramatic of several scenarios, thereby compelling the neighbouring countries to more closely coordinate their efforts in the face of the unconventional threats that might provoke such as large-scale refugee influxes. In addition, the country’s $1 trillion worth of rare earth minerals remains the proverbial elephant in the room that few want to talk about but everyone has their eyes on. This factor might trigger intense regional competition after the American withdrawal, though hopefully the close political ties forged by neighbouring nations through the peace process will make this more manageable.
Published Date: 25-May-2021
Share:  Linkedin   Whatsapp   Facebook