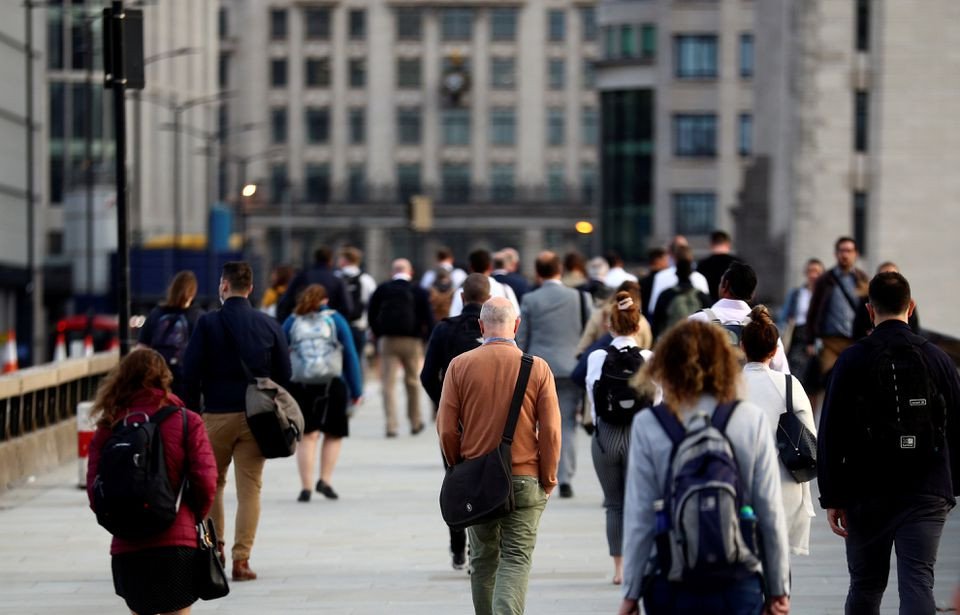 Description: UK jobless rate falls again, hiring up as lockdown easesBritain's unemployment rate fell again to 4.8% between January and March when the country was under a tight lockdown, and hiring rose further in April, according to data that showed employers gearing up for the easing of curbs. Economists polled by Reuters had expected the rate to hold at 4.9%, and the reading added to signs that the labour market will escape the severe hit feared at the onset of the coronavirus pandemic, thanks mostly to government jobs subsidies. Some of the fall in the unemployment rate - the third in a row - was due to a rise in people not looking for work, with inactivity rate among men hitting a record high, echoing a pattern seen during Britain's first lockdown last year. But analysts said the data showed the labour market was preparing for the end of many of the curbs imposed by Prime Minister Boris Johnson in January, thanks to the country's swift Covid-19 vaccination programme. "As the economy prepares to re-open fully and economic activity picks up, businesses have increased their hiring to meet the rise in demand," Yael ?Selfin, chief economist at KPMG UK, said. The unemployment rate was likely to peak at 5.9% in the three months to December, after a jobs furlough programme ends in September, she said. The number of people in employment in the first three months of 2021 jumped by 84,000, the first increase since the pandemic hit Britain and a bigger rise than the Reuters poll forecast of a 50,000. Those classed as unemployed fell by 121,000. APRIL HIRING INCREASE Separate data for April showed a further improvement in the labour market with people on company payrolls up 97,000 from March. The rise was driven by hiring in the administration and support and the finance and insurance sectors, although the fall in hospitality - which partially reopened for outdoor service in April - was the smallest during the pandemic. That narrowed the drop in payrolls numbers from February 2020 to 772,000, the Office for National Statistics said. The Resolution Foundation think tank said that gap, combined with an estimated drop of 270,000 self-employed workers and 3.1 million workers still on furlough, meant Britain still had a 4.2 million 'Covid employment gap' to fill. The payrolls data chimed with other recent signs of a hiring pick-up and there was a rise in job offers in hospitality and entertainment. However, some employers are struggling to fill vacancies with many foreign workers no longer in the country after the on-off closing and reopening of many firms over the past year, and as a result of Brexit.  The Bank of England this month slashed its forecasts for unemployment to show a peak of 5.4% in the third quarter after finance minister Rishi Sunak extended his jobs protection programme - which has cost more than 60 billion pounds ($85 billion) so far - until the end of September. Britain's budget forecasters projected unemployment of 10% made shortly after the epidemic began. Britain's headline measure of pay growth, including bonuses, rose 4.0% in the three months to March, slowing from 4.5% in the three months to February due to lower bonuses than a year ago. The ONS said total pay growth, adjusted for a drop in the number of lower-paid and part-time jobs which have been hit hard by the pandemic, stood at 2.5%.
Published Date: 18-May-2021
Share:  Linkedin   Whatsapp   Facebook