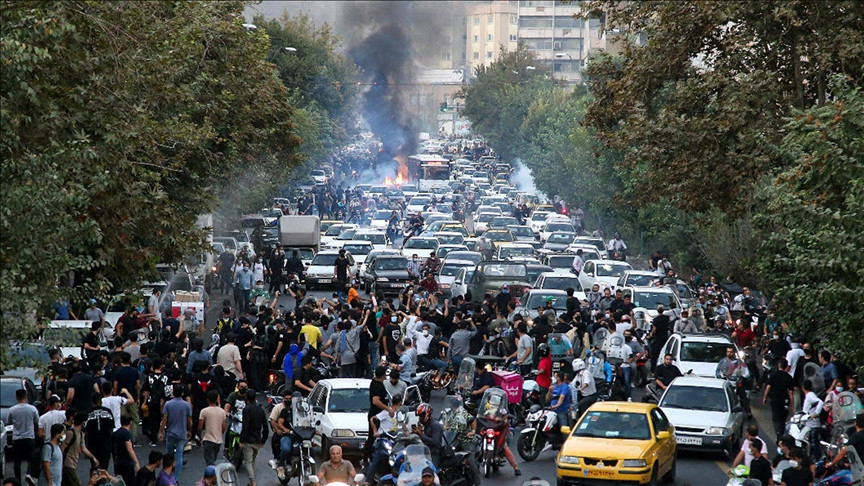 Description: UN experts condemned Thursday's execution of a 23-year-old demonstrator in Iran who was convicted during nationwide protests and raised alarm about artists in the country charged with crimes carrying the death penalty. The young Iranian was hanged on Thursday morning after the Tehran Islamic Revolution Court found him guilty of "waging war against God." So far, official authorities have already confirmed the death sentences against 12 individuals charged with "waging war against God" and "corruption on earth," said the experts. "Executions following unfair trials constitute an arbitrary deprivation of life," they said, urging Iran to establish a moratorium on executions to abolish the death penalty. They noted that under international law, the death penalty could only be imposed for offenses that meet the threshold of the most severe crimes, meaning cases that involve intentional killing, and following a legal process with all possible safeguards to ensure a fair trial. "We fear for the life of Iranian artists who have been indicted on charges carrying the death penalty," the experts said. They expressly referred to rapper Saman Yasin, who had reportedly been sentenced to death after being convicted by the Tehran Islamic Revolution Court on Oct. 29 of "waging war against God." 'Spreading corruption on earth' Another rapper, Toomaj Salehi, was indicted for "spreading corruption on earth," which also carries the death penalty, in court proceedings held behind closed doors and without his lawyer. Yasin was arrested on Oct. 2 for songs in which he reportedly criticized the Government, as was Salehi on Oct. 30 for posting videos of himself asking his followers to participate in demonstrations and songs criticizing Iranian authorities. The experts included Morris Tidball-Binz, special rapporteur on extrajudicial executions; Alexandra Xanthaki, special rapporteur on cultural rights; Irene Khan, special rapporteur on the right to freedom of opinion and expression; Mary Lawlor, special rapporteur on the situation of human rights defenders; and Javaid Rehman, special rapporteur on human rights in Iran. The death toll from the ongoing protests in Iran sparked by the death of a 22-year-old woman, Mahsa Amini, in police custody has risen to 458, according to a Norway-based rights group. "At least 458 people, including 63 children and 29 women, have been killed in the ongoing nationwide protests in Iran," Iranian Human Rights said on Wednesday. "Iran Human Rights considers the execution of protesters to violate all human rights laws and standards and calls on the international community to react appropriately," it added. According to rights groups, thousands have been detained, while more than 200 people have died, as the Iranian Interior Ministry acknowledged last week.
Published Date: 09-Dec-2022
Share:  Linkedin   Whatsapp   Facebook