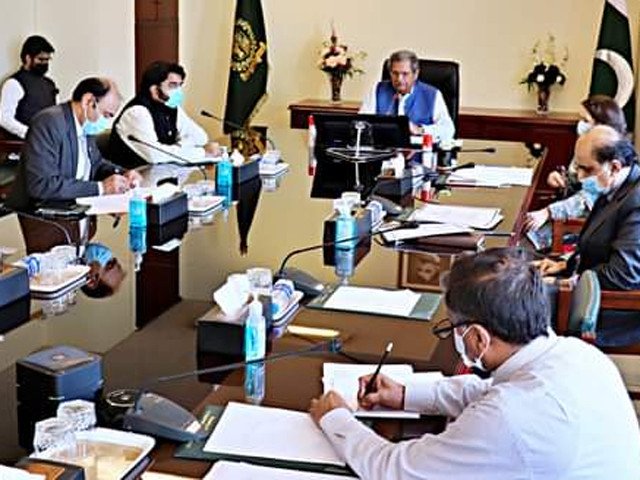 Description: Despite fears of coronavirus amid third wave of the pandemic, the federal government on Monday decided to conduct board examinations across the country after June 20 "at all costs" with strict implementation of Covid-19 standard operation procedures (SOPs). The decision was taken during a meeting of Inter Provincial Education Ministers Conference (IPEMC), presided over by Education Minister Shafqat Mahmood. The meeting was attended by all provincial education ministers as well as different secretaries via video link, said a statement issued after the meeting. @Shafqat_Mahmood : @EduMinistryPK (1/3)#APPNews @MoIB_Official @SaeedGhani @DrMuradPTI @RajaYassirPTI @ShehramTaraKai pic.twitter.com/G2vaer68Oi — APP (@appcsocialmedia) May 24, 2021 Read more: Govt issues SOPs for reopening schools, varsities It stated that after consultations, it was decided that no student would be promoted without examinations this year and that examinations would be conducted "at all costs". The statement further said that the examinations of grade 10 and 12 would be held in the third week of June. "In case of delay in results, universities will admit on the basis of provisional certificate," it added. It was further decided that there would be fewer summer vacations this year and a final decision in this regard would be taken by the provinces. 20 : @EduMinistryPK (2/3)#APPNews @MoIB_Official @SaeedGhani @DrMuradPTI @RajaYassirPTI @ShehramTaraKai pic.twitter.com/2AFel61ZXp — APP (@appcsocialmedia) May 24, 2021 On Tuesday, the National Command and Operation Centre (NCOC) had decided in principle that board exams across the country will be held this year. On May 5, IPEMC had rejected the proposal to promote 9th and 11th grade students and to conduct examinations of only optional subjects for class 10th and 12th. However, it was agreed in principle to conduct the examinations in two phases due to the prevailing Covid-19 situation in the country. Taking to Twitter, the education minister also clarified that grade 9th and 11th exams will take place according to the time table of the respective boards. “No truth in rumours that they will not be held,” he wrote on his official handle. Class 9 and 11 exams will take place according to the time table of the respective boards. No truth in rumours that they will not be held — Shafqat Mahmood (@Shafqat_Mahmood) May 5, 2021 A source from Sindh, who attended the meeting, had told The Express Tribune that two proposals of the Inter Boards Committee of Chairmen (IBCC) regarding the annual examinations of class X and XII were discussed at the meeting. "The first proposal was to promote 9th and 11th graders to the next classes without examinations in view of the current dire situation of Covid-19 but the education ministers present at the meeting rejected the proposal," he added. He said that there was no scope for promotion policy and students would have to go through the examination process in any case, after which the second proposal put forward by IBCC was agreed upon following deliberations.
Published Date: 24-May-2021
Share:  Linkedin   Whatsapp   Facebook