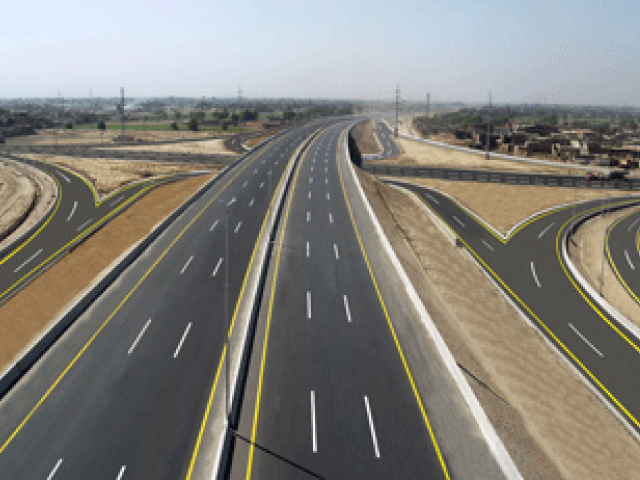 Description: The dissolution of the fact-finding committee formed to probe the Rawalpindi Ring Road (RRR) corruption scandal has put the matter into jeopardy, the Express news reported on Sunday. Earlier, the Punjab government had constituted a three-member fact-finding committee comprising Commissioner Rawalpindi Gulzar Hussain Shah (Convenor), Additional Commissioner Jahangir Ahmad and Deputy Commissioner Anwar-ul-Haq. The committee was to investigate the matter and submit three reports, each for the three Terms of Reference (ToRs). The reports were related to substantiating allegations of earning commission and bribery, loopholes in the policy that led to the corruption, and submitting detailed proposals regarding the development projects in Rawalpindi. The committee prepared its first report, but it was objected upon by Deputy Commissioner Anwar-ul-Haq who refused to sign the document. Read Ring Road corruption probe hits snag The body was supposed to submit the rest of the two reports after Eidul Fitr, but the Punjab government did not issue any notification for the body's reconstitution, while the convenor also remained indecisive. Therefore, the investigation is now reported to be in complete jeopardy, awaiting further developments. On May 22, a preliminary investigation undertaken by the Punjab Anti-Corruption Establishment revealed that housing societies and state agents minted around Rs131 billion after the realignment of the RRR project. Due to the controversial realignment, over 50 powerful individuals and real estate dealers benefitted the most. The people associated with the scandal bought 64,000 kanal of land ahead of the realignment. According to sources privy to the investigation, 18 National Assembly members including some ministers and three dozen builders and housing societies were among the beneficiaries of the realignment. Around 17,117 kanals of land belonging to these lawmakers is directly or indirectly linked to the project. Most of the lawmakers received these pieces of land as inheritance. Two of these lawmakers – belonging to the PPP – own 2,400 kanals of land in Sangjani. Three ministers own 2,500 kanals of land at Fateh Jang, Paswal, Attack and Islamabad’s Margalla Avenue. Read more Inquiry unearths Rawalpindi road project fraud Two PTI MNAs and four MPAs own around 6,000 kanals of land around Paswal Zigzag and Attock Loop. One MNA, one senator and two MPAs of the PML-N also own around 6,000 kanals around the project. According to the investigation, a total of 18 housing societies bought around 13,000 kanals of land in Attock and did a business of around Rs11 billion. Ten housing societies and a number of individuals did a business of around Rs50billion through sale of 24,500 kanals of land in Rawalpindi. In Islamabad, ten housing societies and a number of individuals did a business of around Rs35billion by purchasing over 10,000 kanals of land. The sources said 60% of the housing societies situated around the Ring Road project are illegal while 17 societies also owe the government taxes of Rs1.70billion. These societies and property dealers face over 300 cases in accountability courts. The officials said the anti-graft establishment is also probing into issuance of Rs3.50billion by the district administrations of Rawalpindi and Attock for purchase of land. According to an official, the establishment has started its probe on the order of Punjab Chief Minister Usman Buzdar.
Published Date: 23-May-2021
Share:  Linkedin   Whatsapp   Facebook