Title: Does the US have ulterior motives for withdrawing from Afghanistan so hastily?
Share:  Linkedin   Whatsapp   Facebook 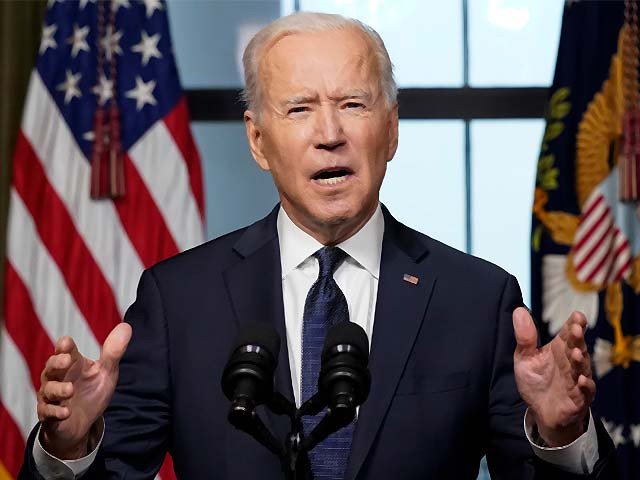 Description: China’s Foreign Minister Wang Yi said on Sunday that “the Unites States’ (US) hasty withdrawal of troops from Afghanistan already dealt a serious blow to the peace process in Afghanistan, as well as negatively affected the regional stability.” This top-level diplomatic assessment of the situation might surprise some observers who thought that China wanted America out of Afghanistan as soon as possible. In fact, some Western Mainstream Media outlets had earlier claimed that the People’s Republic scored a strategic victory after US President Joe Biden’s announcement early last month to withdraw from Afghanistan by the 20th anniversary of the 9/11 attacks. In reality, however, China has legitimate reasons to be concerned about this decision. There’s no disagreement with the fact that the US must inevitably withdraw, but it arguably has a responsibility to make sure that this process is well-organised and ensures that the internationally recognised Kabul government can continue to maintain control in the country. Most reports indicate that the Taliban asserts powerful sway over vast swathes of Afghanistan, but the group’s prospective post-withdrawal militant gains over more of it might inadvertently catalyse a series of crises that could harm China’s security interests. The Taliban previously agreed not to host any internationally recognised terrorist groups in exchange for the US’ withdrawal, which former US President Donald Trump promised would be completed by May 1st instead of the new date over four months later that his successor committed to. It also fights against ISIS, which is the world’s worst terrorist group. Nevertheless, the potential for an unprecedentedly intensified period of civil war following the US’ planned withdrawal by early September could unwittingly create strategic openings for ISIS and other terrorist groups such as the so-called “East Turkestan Islamic Movement” (ETIM) to exploit. Regional terrorist organisations of that sort have historically taken advantage of Afghanistan’s chronic instability to train their fighters prior to carrying out attacks in other countries. Furthermore, the large-scale destabilisation that might likely accompany any intensified period of civil war after the US’ withdrawal might result in an even larger refugee crisis than the present one, which could put severe strain upon Chinese partners like Pakistan, Iran, and the Central Asian Republics. This might in turn create unforeseeable risks to their stability and lead to setbacks for some Belt & Road Initiative (BRI) projects in those countries. These observations make one wonder whether the US has ulterior motives for withdrawing from Afghanistan so hastily. From the American perspective, some of the country’s strategists might be trying to implement the vision of late National Security Advisor Zbigniew Brzezinski who introduced the concept of the “Eurasian Balkans” in his 1997 book titled “The Grand Chessboard: American Primacy And Its Geostrategic Imperatives”. He was the mastermind responsible for the Carter Administration’s decision to arm the Afghan Mujaheddin and later proposed destabilising Central Asia after the Cold War in order to divide and rule China and Russia. Nevertheless, China acknowledges that the US probably won’t reverse its decision after already taking meaningful steps to execute its plans. That’s why Foreign Minister Wang was also quoted as saying that “Under the circumstances, China expects the UN to play its due role, and the SCO needs to closely monitor the situation. Afghanistan’s neighbour countries must strengthen relations, join efforts and take coordinated action.” The broader region must therefore come closer together in jointly coordinating their efforts to ensure their respective border security as well continue supporting the fragile Afghan peace process. No matter how dastardly the US’ ulterior motives might be for hastily withdrawing from Afghanistan, there’s no doubt that China and its regional partners will succeed in surmounting any forthcoming strategic challenges related to it. The solution rests in strengthening coordination through multilateral platforms like the Shanghai Cooperation Organisation (SCO) as well as investing more in BRI projects so as to ensure credible economic opportunities for all local stakeholders. So long as they can prevent an exacerbation of the Afghan Civil War following the US’ withdrawal, they’ll be able to build a new multipolar future for all with time.
Published Date: 17-May-2021
Share:  Linkedin   Whatsapp   Facebook