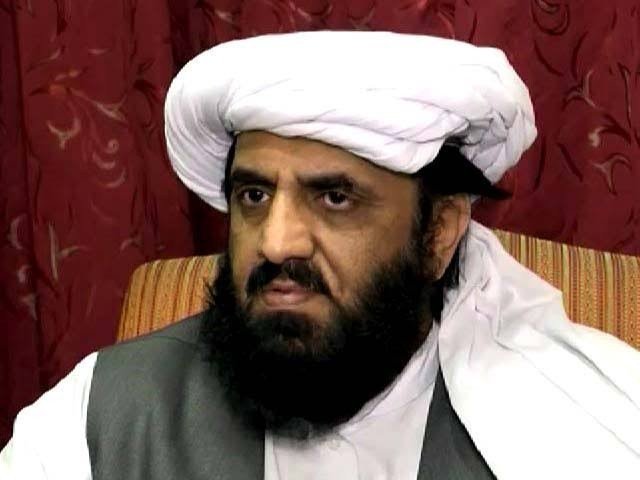 Description: The Islamabad High Court on Wednesday termed the decision of the National Database and Regulatory Authority (NADRA) to block the computerised national identity card (CNIC) of JUI-F leader Hafiz Hamdullah as illegal and ordered the body to restore it. IHC Chief Justice Athar Minallah announced the decision on a petition filed by Hamdullah challenging the NADRA decision, which revoked his citizenship and declared him an “alien” in October 2019. The court observed that NADRA had acted in an “arbitrary and reckless” manner by depriving the JUU-F leader of his citizenship “without considering the profound consequences of such a decision”. Read more: JUI-F’s Hafiz Hamdullah declared ‘alien’ by NADRA The IHC chief justice noted that somebody’s nationality was their biggest basic human right and NADRA was not authorised to take it away. NADRA had taken the stance that intelligence agencies had reported that Hamdullah’s credentials were fake and that was why his CNIC had been cancelled. The IHC CJ questioned as to how could NADRA even view the reports of intelligence agencies. "The [agencies], at best, can report a case of alleged fraud, misrepresentation or concealment of material facts along with the relevant material to the competent authority empowered under the Citizenship Act," read the judgment authored by Justice Minallah. The judge also told NADRA to restore the citizenship of the petitioners, whose CNICs were cancelled on similar grounds. Also read: IHC reserves verdict in JUI-F leader’s citizenship revocation case The intelligence agencies are under relevant ministry and divisions, and their report can be received through proper channels. Expressing his annoyance, the IHC chief justice asked NADRA officials whether or not they were aware of the results of blocking somebody's CNIC even for one day. Justice Minallah also asked as to under what law had NADRA set up district committees. “The petitioner [Hamdullah] was born in a remote town of the Province of Baluchistan and this crucial fact has not been denied by the government. His father Qari Wali Muhammad was employed by the Government of Baluchistan,” the verdict read. “He and his father have lived in Pakistan all their lives. They own properties and the petitioner has held various public offices as an elected representative,” it added. “[Hamdullah's] son had the distinction of having been accepted as a commissioned officer in the armed forces of Pakistan. There could not have been a more glaring example of arbitrary and reckless action by [NADRA] of purportedly depriving a registered citizen of his citizenship and that too when [it] had no jurisdiction under the Ordinance of 2000 to do so.” The court noted that Hamdullah and other petitioners were duly registered by the NADRA after they had applied for issuance of their CNICs in accordance with the prescribed procedure and fulfilling the mandatory requirements. “The registration was followed by the issuance of the respective CNICs by acknowledging the crucial fact that the petitioners were citizens of Pakistan. The registration and issuance of a CNIC is a certification or acknowledgment that the person was an eligible citizen of Pakistan.” The court noted that there was nothing on record to show how NADRA or the concerned intelligence agency had concluded that the petitioners were not citizens of the country. “[Neither Nadra] nor the intelligence agencies are competent to determine the question of citizenship of a person. The suspension of a duly issued CNIC or cancellation thereof has a profound and grave consequence because it virtually brings the life of an affected person to a halt and the latter, by implication, is denied the exercise of fundamental rights guaranteed under the Constitution." The court noted that a person, whose citizenship was revoked, lost the right of employment, access to his or her own bank accounts, and the right to engage in trade, business or profession. “Moreover, access to education, health, etc., is denied and the family members are also equally affected.” It observed that the petitioners were deprived of being citizens of Pakistan in a perfunctory manner merely because an intelligence agency had reported so. “This Court has consistently observed that [NADRA] was bereft of jurisdiction to adjudicate upon a question which involves the determination of the status of a person as a citizen of Pakistan and that too, on the basis of reports received from intelligence agencies which are under the control of the government.”
Published Date: 19-May-2021
Share:  Linkedin   Whatsapp   Facebook