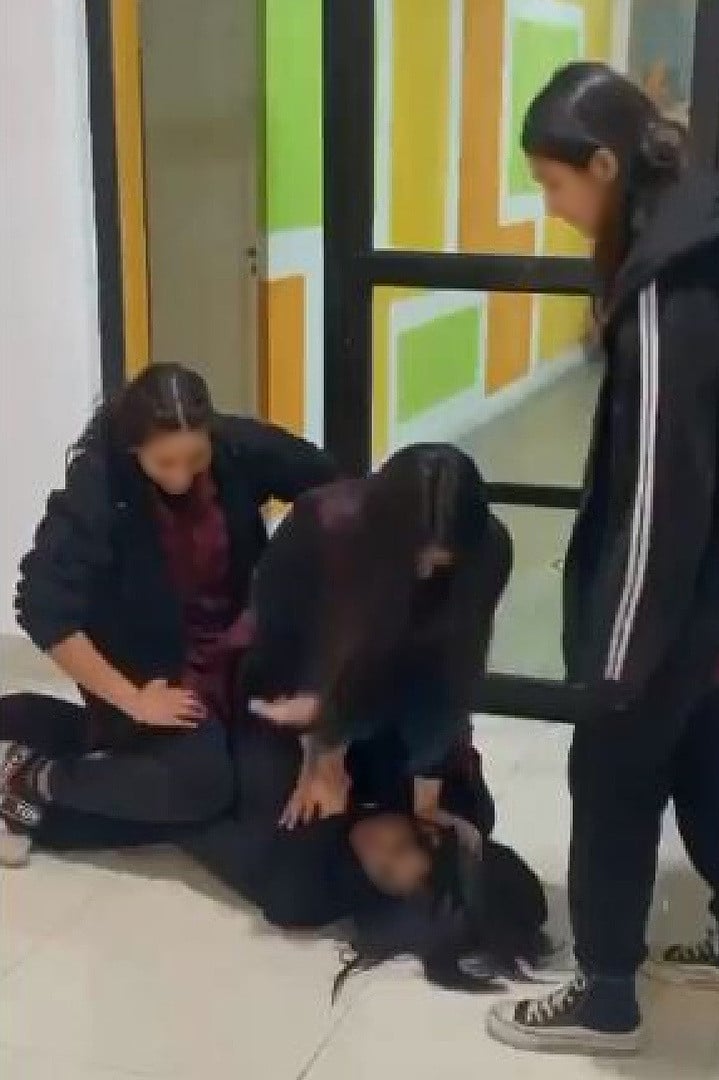 Description: A private school in Lahore expelled five students, including the victim of bullying, after a video of the girl being tortured by her classmates went viral on social media, prompting authorities to take notice and launch an investigation. According to police officials, the school management did not cooperate with the police and refused to provide the CCTV footage of the incident to the investigating officer. However, the statements of four eyewitnesses were recorded. The seven accused named in the case of violence against the student include the principal Bilal and canteen employee Nasir, among others. A five-member committee was also formed by the education department to investigate the matter. The video footage, which was shared numerous times on Twitter on Friday, shows two to three teenage girls holding the alleged victim by the hair and pinning her to the ground. The girls could be heard verbally abusing the alleged victim and telling her to "say sorry". Another girl could be seen recording a video of the episode on her mobile phone. Read More than just bullying The official accounts of the Capital City Police Lahore and the Punjab Police had responded to the video shared on Twitter, saying a case was registered and that an investigation was launched into the incident. The first information report (FIR), a copy of which is available with the Express Tribune, was registered on the complaint of the victim's father. According to the FIR, the complainant has said that her daughter was beaten by three of her class fellows at a private school located in DHA Phase 4 Lahore. The father claimed in the FIR that his daughter’s class fellows were drug addicts and were "forcing my daughter into the drug culture which compelled me to send a video of her doing drugs to her father". "In order to take revenge from my daughter, they assaulted her on the 16th of January, 2023," the complainant states in the FIR. The victim's father claimed that the girls "tried to strangle my daughter and stabbed her with knives multiple times. They also stole her gold jewellery worth 1.5 tola". According to the victim's father, the videos have been recorded and shared on social media by a few people witnessing and recording the incident, and he has sought the Federal Investigation Department's help in this regard as well.
Published Date: 24-Jan-2023
Share:  Linkedin   Whatsapp   Facebook