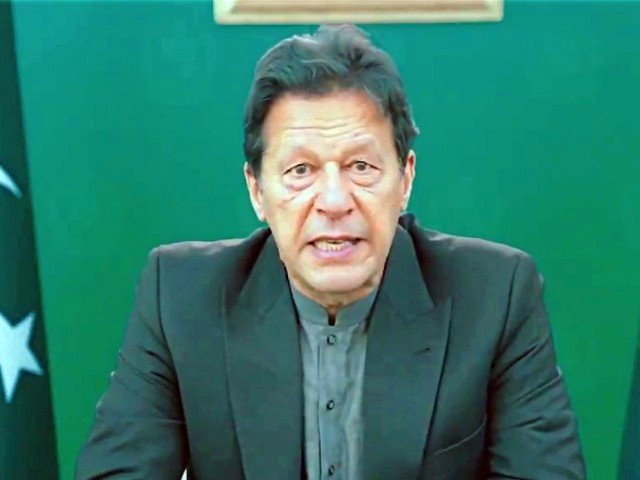 Description: Prime Minister Imran Khan on Monday said that the National Accountability Bureau (NAB) had recovered Rs484 billion in the last three years (2018-2020) in contrast to Rs290 billion recovered during 1999-2017. "When govt does not protect the criminals and lets investigation agencies and accountability work without interference, it shows in the results being achieved," the premier remarked on Twitter. NAB in last 3 yrs tenure of PTI (2018 - 2020) recovered Rs.484 bn, in contrast to only Rs 290 bn recovered during 1999 - 2017. When govt does not protect the criminals & lets investigation agencies & accountability work without interference, it shows in the results being achieved — Imran Khan (@ImranKhanPTI) May 24, 2021 On May 21, it was reported that the country's anti-graft body claimed to have recovered Rs23.85 billion in the fake bank accounts scam. NAB Chairman Justice (retd) Javed Iqbal, chaired a meeting at its headquarters to review the performance of the anti-graft body's Rawalpindi wing. NAB Deputy Chairman Hussain Asghar, Prosecutor General Accountability Syed Asghar Haider, Operations DG Zahir Shah, NAB Rawalpindi DG Irfan Naeem Mangi, and other senior officers were present in the meeting. Read more: NAB seeks permanent arrest warrants for Nawaz Sharif Mangi informed the participants of the meeting that NAB Rawalpindi had filed 14 references in the fake bank accounts scam which were under adjudication before the accountability courts in Islamabad. He added that NAB Rawalpindi had also filed a reference against PML-N's Ahsan Iqbal, a former federal minister for planning and development, with an accountability court The Narowal Sports City (NSC) project, formerly known as Sports Stadium Narowal, was initially conceived in 1999 on the directions of Ahsan “without any feasibility study and codal formalities as per law”. The project was initially approved at a cost of Rs34.74 million by the Central Development Working Party (CDWP), headed by Ahsan himself, who “in a case of conflict of interests diverted the funds for his political mileage”.
Published Date: 24-May-2021
Share:  Linkedin   Whatsapp   Facebook