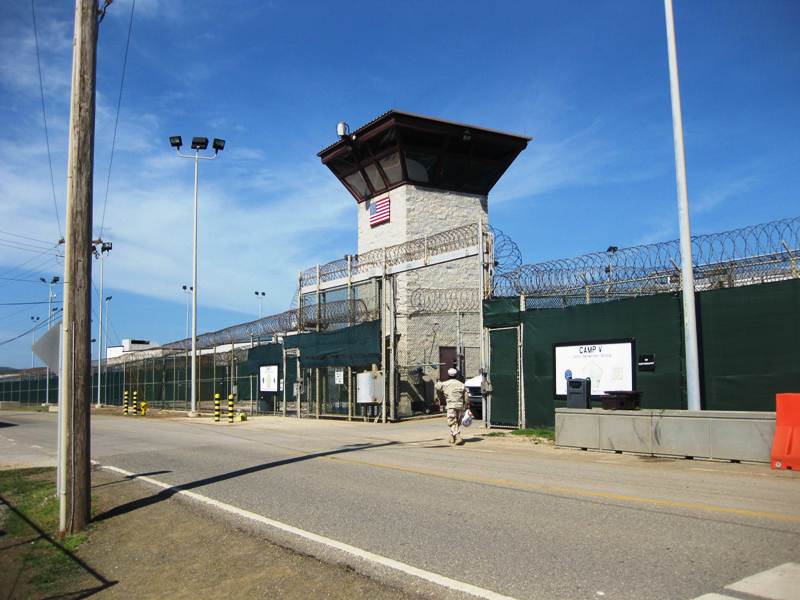 Description: The family of a Pakistani businessman, who is the oldest prisoner at the notorious Guantanamo Bay jail, excitedly awaits his return after more than 17 years as the US government approved his release earlier this week. The family which lives at a high-end locality of the southern port city of Karachi received the news with delight of the proposed release of Saifullah Paracha, 73, who had been arrested by US intelligence personnel from Thailand in 2003 on the charge of having links to Al-Qaeda. Also read: US approves release of Pakistani inmate from Guantanamo The development came a year after Saifullah Paracha's only son, Uzair Paracha was released and sent back to Pakistan by the US authorities after over 16 years in jail. The Karachi-based businessman involved in multiple sectors, including construction, also owned a business and property in New York. His American-Jewish business partner was reportedly forced by the CIA to invite Saifullah Paracha to Bangkok. On Monday, a review board established under former US President Barack Obama to try to prevent the release of prisoners who authorities reckoned might re-engage in terrorist activities upon their release, declared Saifullah Paracha "not a continuing threat" to US. Never charged with a crime, he was accused of financially facilitating at least two of Al-Qaeda members involved in 9/11 terrorist attacks in New York and Washington. Saifullah Paracha, who suffers from a number of ailments including diabetes and a heart condition, denied his involvement in terrorism, saying he did not know the men he was dealing with were Al-Qaeda members. His 37-year-old son had also been arrested on the charge of helping suspected militants to get into the US through faulty documents months before his father's arrest. He was sentenced to 30 years in jail in 2005 by the federal court in New York, however, a judge threw out those witness accounts in March 2020. Uzair Paracha, a graduate from Pakistan's prestigious Institute of Business Administration, was sent back to Pakistan last year after the US government decided not to seek a new trial. According to Paracha family's attorney, Nisar A.Mujahid, Uzair Paracha was visiting New York to market his father's construction project in Karachi when he was taken into custody by the FBI in 2003. Mujahid, who has been representing the family in Pakistani courts since 2003, accused Saifullah Paracha's business partner, Charles Antiby of misleading the US agencies about father and son. "Uzair was arrested in the presence of Antiby, who later coaxed Paracha to meet him in Bangkok to find ways of getting his son out of trouble," Mujahid told Anadolu Agency. Family suffered a lot Paracha's release, according to his American attorneys, however, is unlikely before a few months as US officials are negotiating a repatriation agreement with Pakistan. Reluctant to speak to media, Saifullah Paracha's daughter Muneeza Paracha refused to comment on the development. "We don't want to make any public comment on that at this point. Once we decide to do that, we will let you know," she told Anadolu Agency. However, an extended family member on condition of anonymity said "the whole family is very happy and anxiously awaiting his return." "We are very excited and counting the days for his release. It's been over 17 years we haven't seen him," she said. "Uzair is already here, and we hope it will be an end to a long ordeal after return of the senior Paracha," she added. Amna Masood Janjua, a family friend and head of Defense of Human Rights Council (DHRC), a rights group that fights for release of missing persons in Pakistan, said the whole Paracha family has "suffered a lot" during the past 17 years. "They have suffered mentally, financially and emotionally during this period. Their businesses were ruined, their family system was shattered, and at the end of the day nothing was proven against him," Janjua, whose husband Masood Janjua has been missing since 2005, told Anadolu Agency. Paracha's wife and daughters briefly took part in DHRC activities for release of the missing persons but they soon quit and opted to stay away from media limelight. The three women -- wife and daughters -- according to Janjua, had to take care of everything, from business to the legal fight, in the absence of father and son. Saifullah Paracha's wife too has reportedly developed multiple ailments, including diabetes in recent years. "They have passed through very tough times for more than 17 years, but finally there is good news," Janjua said. "It reminds me of the two young helpless girls who used to participate in our protests for missing persons," she added. Questions raised on US justice system Mujahid and Janjua welcomed US President Joe Biden's plans to shut the Guantanamo Bay prison, calling for a serious review of the country's justice system, which took over 17 years to prove the innocence of an accused. "Paracha's case has raised serious questions over the US justice system. His mere release and acknowledgement that he is not a continuing threat to US, cannot be the substitute of mental stress and trauma the family has faced," she went on to say. "Since, he has been proved innocent, the US must publicly apologize to the Paracha family, and compensate them for their financial losses," she maintained. "This will be the least way to heal the wounds of the victims of the so-called war against terrorism, although it will not compensate the pain, stress and trauma of 17 years." Echoing Janjua's views, Mujahid said the family has the legal right to sue both Pakistani and US governments for damages. "It's up to the family to take a decision in this connection, once he is back home," he added. "It's an unexpectedly pleasant development. Frankly speaking, I had lost the hope after the 17-year cumbersome legal fight."
Published Date: 19-May-2021
Share:  Linkedin   Whatsapp   Facebook