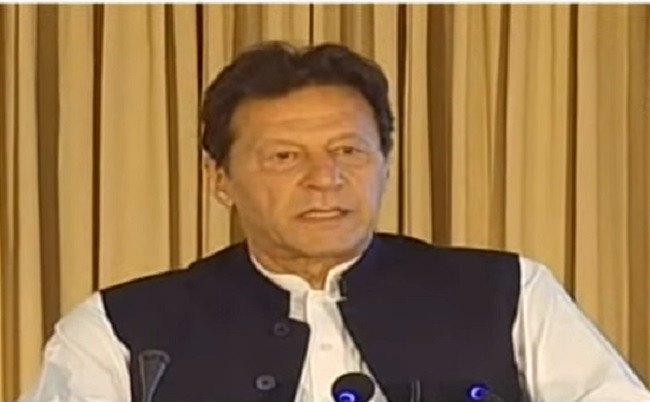 Description: Prime Minister Imran Khan on Friday virtually inaugurated the 1,100-megawatt Karachi Nuclear Power Plant Unit-2 (Kanupp-2) on the 70th anniversary of the establishment of diplomatic relations between Pakistan and China. "I am delighted to inaugurate this project that has been made possible with the collaboration between Pakistan and China," the premier said while addressing a ceremony in Islamabad. "The project will produce 1,100 megawatts of clean energy, which is particularly important for us as Pakistan is one of the 10 countries most affected by climate change." #Live: PM @ImranKhanPTI virtually attends inaugural ceremony of Karachi power plant unit II https://t.co/YCEphfTq1Q — Radio Pakistan (@RadioPakistan) May 21, 2021 "Our glaciers are melting fast, our future generations will be up against a challenge if we do not reverse the process at the same pace," he warned. PM stated that the project will also prove to be a good omen for the manpower at home and the people to people contacts. Also read PM Imran, Chinese premier reaffirm resolve to strengthen Pak-China ties "Also, I am glad that it is being inaugurated as we celebrate 70 years of diplomatic relations with China." "We are fortunate to have a progressive friend like China whom we can learn a lot from. We can benefit from your experience of urban and population management, and elimination of extreme poverty and corruption," he said. China brought the powerful and those involved in corruption under the law, the premier observed. Kanupp-2 Power Plant According to a statement issued on Thursday, Kanupp-2 is a generation III, state-of-the-art plant with improved safety systems, especially internal and external accident prevention ability and enhanced emergency response capability. The plant has a 60-year life expectancy, extendable to 20 more years. It is designed with higher plant availability and capacity factors, and extended refuelling cycle. The construction of Kanupp-2 commenced in November 2013, whereas its fuel loading started on December 1, 2020 after approval from the Pakistan Nuclear Regulatory Authority (PNRA). A series of cold and hot functional commissioning tests related with plant operation and safety were conducted, before achieving criticality at the end of February this year. Also read Construction of 10 dams will ensure food security in country: PM After further reactor physics tests, the plant was connected to the national grid on March 18, 2021, for trial operation and power escalation tests. The Pakistan Atomic Energy Commission is now operating six nuclear power plants in the country. Two of them are located in Karachi namely Kanupp-1 and Kanupp-2, while four are at Chashma, in Mianwali district, named as Chashma Nuclear Power Plant Unit 1-4. Earlier, the collective generation capacity of all PAEC operated NPPs was around 1,400 megawatts. The inauguration of Kanupp-2 having 1,100MW capacity will nearly double these figures, substantially improving the overall share of nuclear power in the energy mix. Meanwhile, Kanupp-3, with similar capacity is also in the commissioning phase and is expected to start production during the first quarter of 2022. It is worth mentioning that addition of clean, reliable and cost-effective nuclear power, in the energy mix, would greatly benefit the society and country at large.
Published Date: 21-May-2021
Share:  Linkedin   Whatsapp   Facebook