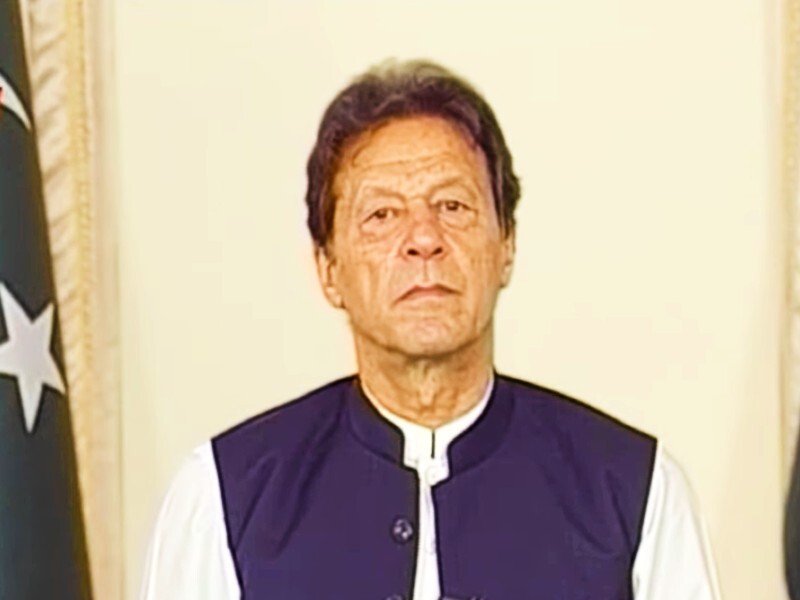 Description: Prime Minister Imran Khan has vowed action against those involved in the Rawalpindi Ring Road (RRR) realignment scam, saying the inquiry into the scandal will be completed in a period of two weeks. “Someone informed me about the wrongdoing in the project and after inquiry, it has emerged that the alignment of the road was done to benefit the powerful,” he said while responding to a citizen during a two-hour-long live telephonic session on Sunday. After two weeks the complete inquiry report would be completed and subsequently, the culprits would be taken to task, the premier assured. His statement comes days after his top aide Zulfikar Bukhari stepped down and Federal Minster Aviation Minister Ghulam Sarwar cried foul after the national graft-buster decided to open an inquiry into alleged anomalies in a multimillion-dollar infrastructure project in Rawalpindi in which the pair have been named. The alignment of the 65-kilometre RRR was illegally changed this year to benefit several private housing projects, according to fact-finding reports which were commissioned to find out alleged illegalities, corruption and conflict of interest in the project. The real estate developers who allegedly benefited from the RRR realignment included Nova City, Capital Smart City, New Airport City/Al Asif Housing, Top City, SAS Developers, Blue World and Islamabad Capital Housing Society. “Ring Road Project is a very important project for the development of the city and work on it will be started immediately,” the premier added. Economic growth and challenges PM Imran said that the country’s projected growth rate at more than 4 per cent would spur economic activities in the country, providing job opportunities and reducing price hike.  “Pakistan will continue to achieve economic growth in the days to come as a process is gradual and will take time,” he remarked. "The Almighty has passed us successfully from a difficult phase and now the country will continue to progress in the same way," he added. The economic growth rate, the prime minister, had baffled his political opponents who wanted the government to fail in meeting these economic challenges left behind by the successive governments.   "No one thought that we would achieve the growth rate of nearly 4 per cent. In fact, according to several independent experts, we may even surpass this growth rate," he said. The premier also said his government had inherited historic problems, with the current account deficit and burden of loans. He said how they had steered the boat out of these difficulties was a crucial phase. The prime minister said there are two problems, price hike and unemployment, but when the wheel of economy moves on and the growth rate increases, people would get employment, reducing their poverty. He said the tax collection by the Federal Board of Revenue (FBR) was historic one. Rs40,045 billion tax collection was a record.  He said the automation system would be fully introduced. In the past, it was resisted by the people taking benefits from the corrupt regime, they did not want it to happen. The track and trace system, he said, would also help the system to function smoothly, besides, enhancing the tax collection.   During coronavirus pandemic, their successful strategy saved public lives and their livelihood, he added. “Insha’Allah, the country will witness further progress,” he said.  PM Imran further said that the incumbent government faced unprecedented issues and challenges. PDM protest To a question, the premier said: "The PDM can never succeed in its plan as they have only come together to rid themselves of the corruption cases registered against them through blackmailing." He added, "If they stood for the nation, then considering the difficult circumstances the nation has been through, they would have toppled us…. But they [PDM] have their personal interests and they think that people will agree to their notion again." He said the opposition parties knew these issues, and they wanted to get NRO and tried to create hurdles and blackmail the government.  “The people who had been roaming on bicycles, are now living in palatial houses in London where even a British premier cannot afford to live,” he added. Kashmir and Palestine issues Responding to a citizen, PM stated, "If Pakistan revives its relations with India [without the former giving Occupied Kashmir its rightful status back] it would be similar to turning our back on the Kashmiris." "We stand with the Kashmiris and we are aware of their sacrifices. We can't improve trade ties with India at the price of the Kashmiris' blood." "However, if they [India] go back to the August 5 state [regarding Kashmir] then we can talk to them." "On the model of Kashmir, Palestine's demography has also been changed through illegal settlements." He said the only resolution to the Palestine issue was a two-state solution, and global awareness will ensure that.
Published Date: 30-May-2021
Share:  Linkedin   Whatsapp   Facebook