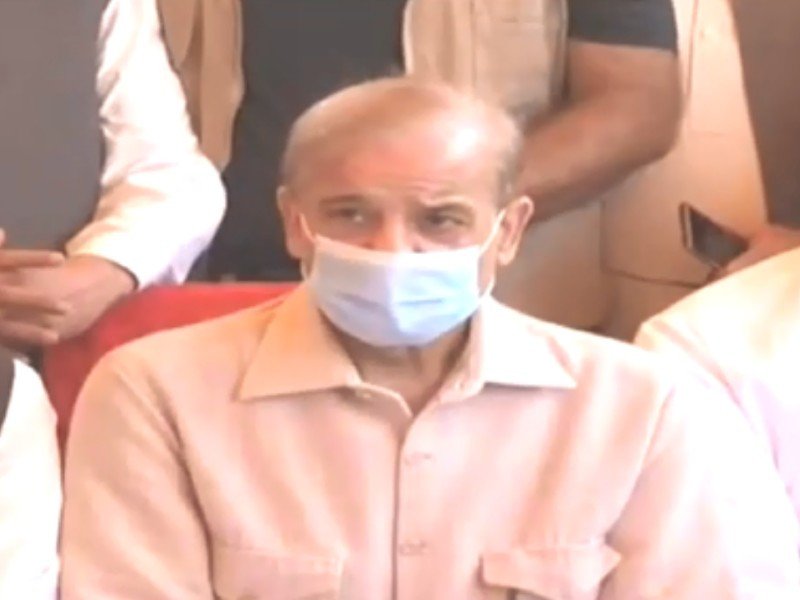 Description: PML-N President Shehbaz Sharif on Thursday said Prime Minister Imran Khan had himself approved the extension of Rawalpindi's Ring Road and later ordered an inquiry into the matter when there was an outcry over it. “This is similar to how he [PM Imran] had given the nod to the export of sugar and then approved its import,” the opposition leader in the National Assembly told reporters in Charsadda where he went to pay tribute to the recently deceased Begum Naseem Wali. “The papers for the Ring Road project were ready in the year 2017,” he added. “Dr Tauqir Shah [a senior bureaucrat whose land falls in the new plan] has remained my secretary and I find him to be an honest man.” Shehbaz maintained that billions of rupees were misappropriated through the sugar scandal and a new case had surfaced. He added that other scandals were out there for everyone to see including wheat, medicines and more recently the purchase of vaccines. The PML-N president denied seeking an NRO (immunity in corruption cases) from the government. “We are spending time in prison. Why would that be happening If we had struck a deal with the government?” Shehbaz said this was not for the first time that he was facing retaliatory actions. “I was first arrested in 1996. I was also kept in Attock and Landhi jails,” he added. “During my time in jail, I was forced to sleep on the floor to make the conditions harder for me. Despite the court's permission, I was stopped from going abroad. That was contempt of court.” He claimed that while calling its opponents robbers and bandits, the ruling PTI had brought the country to the brink of destruction. “Every segment of the society is worried about the skyrocketing increase in prices.” The former Punjab chief minister maintained that the present government had failed to deal effectively with the Covid-19 pandemic. “People had to rely on vaccine they received in charity. Today, [the novel] coronavirus is wreaking havoc in the country due to the incompetence of the government.” Shehbaz recalled that when there was an outbreak of dengue fever in Punjab and the government was trying to curb it, he and his brother, former premier Nawaz Sharif, were named “dengue brothers”. “During Nawaz Sharif's era, four metro bus services and motorways were built but they could not prove even a single bit of corruption,” he noted. “Here in BRT [Bus Rapid Transport] Peshawar, corruption of Rs126 billion was reported. Those buses did not even ply the roads but were burnt.” The PML-N president said his party's government had generated cheap electricity. “What is happening today?” he added, referring to the high cost of power. On the issue of estranged PTI leader Jahangir Tareen, Shehbaz said the party would hold a consultative session on the matter. “It is an internal matter of the PTI,” he added. A day earlier, Tareen said the like-minded “group” of party lawmakers supporting him was formed in response to Punjab government's retaliatory actions. However, the former PTI general secretary refuted reports of a division in the party. “We have not formed a forward bloc. We have appointed a focal person [Sardar Saeed Akbar Khan Niwani] to represent us in the [Punjab] assembly,” he told reporters outside a Lahore court, where he appeared in connection with the money laundering case registered against him. ??????: ??? ??????? ???? ??? (?) ? ??????? ???? ???? ????? ???? ?? ????? ?? ??????https://t.co/cOAibLP52x — PML(N) (@pmln_org) May 20, 2021
Published Date: 20-May-2021
Share:  Linkedin   Whatsapp   Facebook