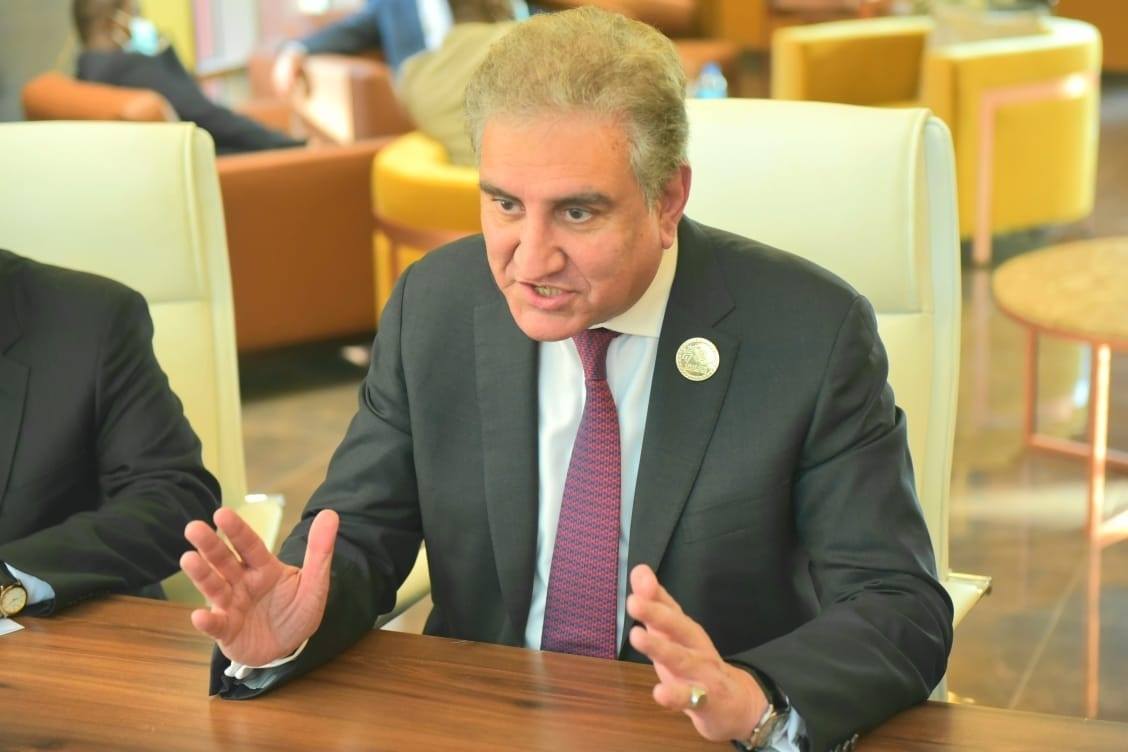 Description: On the sidelines of his UN-related engagements in New York, Foreign Minister Shah Mahmood Qureshi interacted with US lawmakers, Congresswoman Sheila Jackson Lee, chairperson of the Congressional Pakistan Caucus, and Democratic Senator Chris Van Hollen, on Sunday. During his interaction with Congresswoman Lee, Foreign Minister Qureshi underscored that Pakistan has always valued its partnership with the United States. Since the US Congress is one of the pillars of the American political system, the foreign minister appreciated the Congressional Caucus for its role within the US Congress in further improving bilateral relations between Pakistan and the United States. The minister also briefed the Caucus chairperson about the Government of Pakistan's vision for socio-economic progress and human development in the country as well as Pakistan's efforts for regional peace and prosperity including in facilitating peace in Afghanistan. He emphasised the significance of further strengthening people-to-people and inter-parliamentary linkages between Pakistan and the United States and urged Lee and other members to play their due role in this regard. The congresswoman thanked Qureshi for his briefing and appreciated Pakistan’s efforts towards regional peace and security. She also recognised the role of the Pakistani American community in the US, contributing towards further strengthening bilateral linkages and relations. She expressed hope to enhance mutually beneficial engagement between the two countries. Senator Van Hollen During his conversation with Democratic Senator Chris Van Hollen, Foreign Minister Qureshi said Pakistan attached great importance to its longstanding partnership with the US. Highlighting the government’s emphasis on economic development and connectivity, the foreign minister underscored Pakistan’s desire for closer trade and investment ties with the US. Qureshi briefed Senator Van Hollen on Pakistan’s efforts for facilitating a peaceful political settlement in Afghanistan. He thanked the Senator for introducing the Reconstruction Opportunity Zones (ROZs) legislation and emphasised that the initiative would promote long-term peace and stability in the region. Senator Van Hollen appreciated Pakistan’s support for the Afghan peace process, and underscored the criticality of enhanced economic engagement between Pakistan and the United States to promote peace and stability in the region. The foreign minister and Senator Van Hollen also discussed the need to further enhance inter-parliamentary linkages as well as bilateral cooperation between Pakistan and the US on a range of issues, including climate change.
Published Date: 23-May-2021
Share:  Linkedin   Whatsapp   Facebook