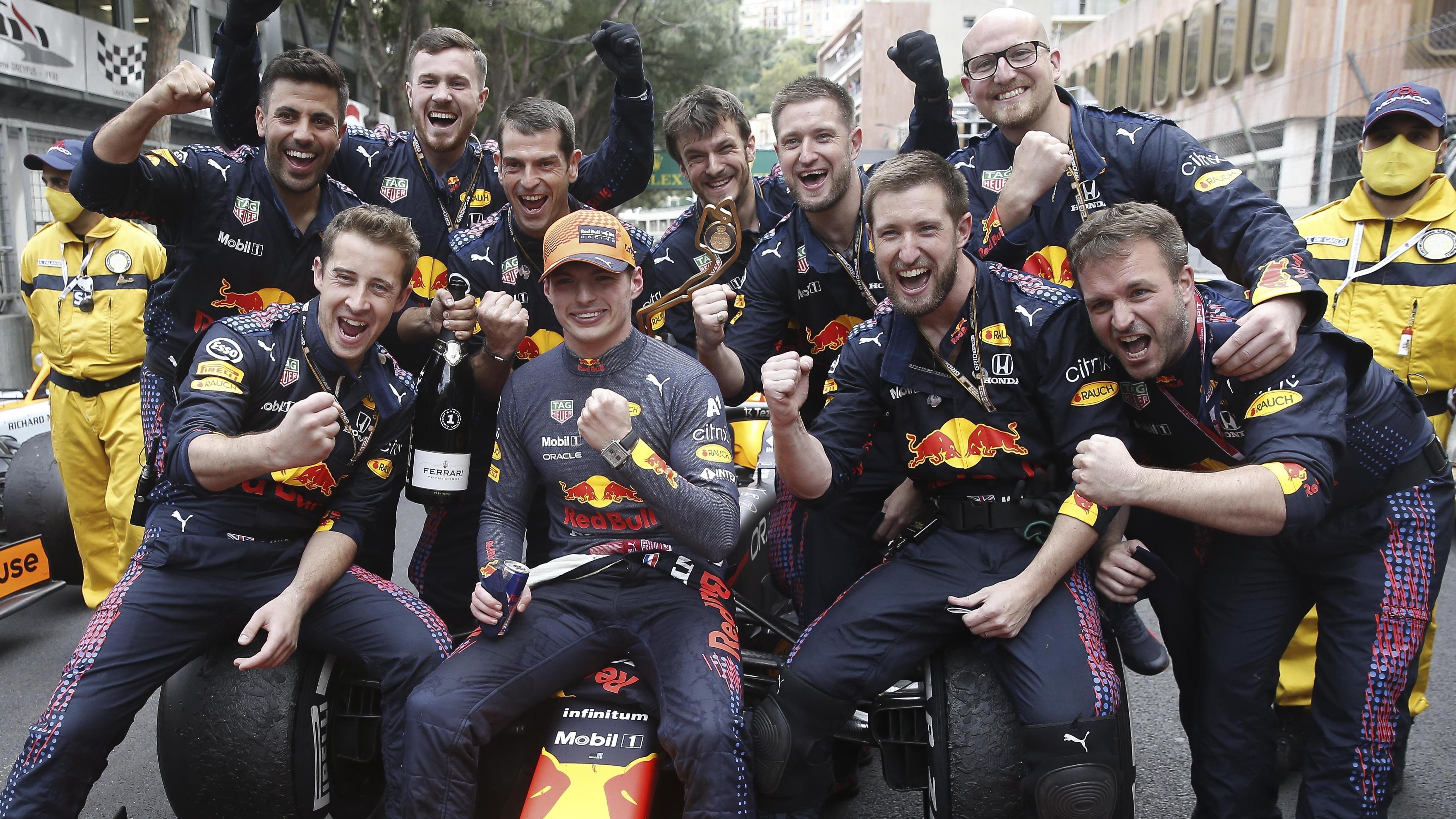 Description: Max Verstappen won his maiden Monaco Grand Prix on Sunday and took a thinly-veiled swipe at world champion Lewis Hamilton, telling his title rival: "Actions speak louder than words". The Dutch Red Bull driver coasted to victory from the pole position he inherited from Charles Leclerc when the Ferrari driver was unable to start the race. "First of all, I want to say that actions always speak louder than words. I think that's a good lesson after this weekend," said Verstappen who has now taken over the lead of the world championship from Hamilton. The British star had said on the eve of the race that "perhaps Max feels he has a lot to prove. "I'm not necessarily in the same boat there and I'm more long-term, 'it's a marathon not a sprint' sort of mentality, which is ultimately why I have the stats that I have." Verstappen now has two wins to his name this season and leads the championship by four points from the Mercedes' Hamilton. It is the first time in his career he has led a world championship. "You have to do your talking on the track, and that's what I love," he said. "As a team we have made the fewest mistakes so far and that is why we are leading (one point ahead of Mercedes in the constructors). "I hope we can continue like this for the rest of the season. And there is still a long way to go." His victory, however, was not one for the purists as the tight Monaco street circuit once again made over-taking impossible turning the eagerly-awaited event, which was shelved due to the pandemic in 2020, into a flat procession. "Obviously it always seems under control, but staying focused for so many laps, it's the most difficult," said Verstappen. "It's easy to relax a bit and it's easy to make a mistake, so you have to remember: stay focused, keep your thoughts fixed on the road." It was a weekend to forget for Hamilton and his Mercedes team, The seven-time champion finished in a lowly seventh place and teammate Valtteri Bottas was forced to retire. "This has definitely been a poor weekend overall in terms of our performance, but this team has shown time and time again, how we come back fighting," said Hamilton. "There's no finger pointing, we win and we lose together - we just need to find our feet and stay cool, we have 18 races left and there's a long way to go in this fight." Bottas finds himself in fourth place in the standings, already 49 points behind Verstappen. "I couldn't believe it. It's obviously hugely disappointing and we need to learn so it never happens again," said the Finn of his race-ending botched pit stop. Mercedes team chief Toto Wollf added: "We had a pretty terrible race day."
Published Date: 24-May-2021
Share:  Linkedin   Whatsapp   Facebook