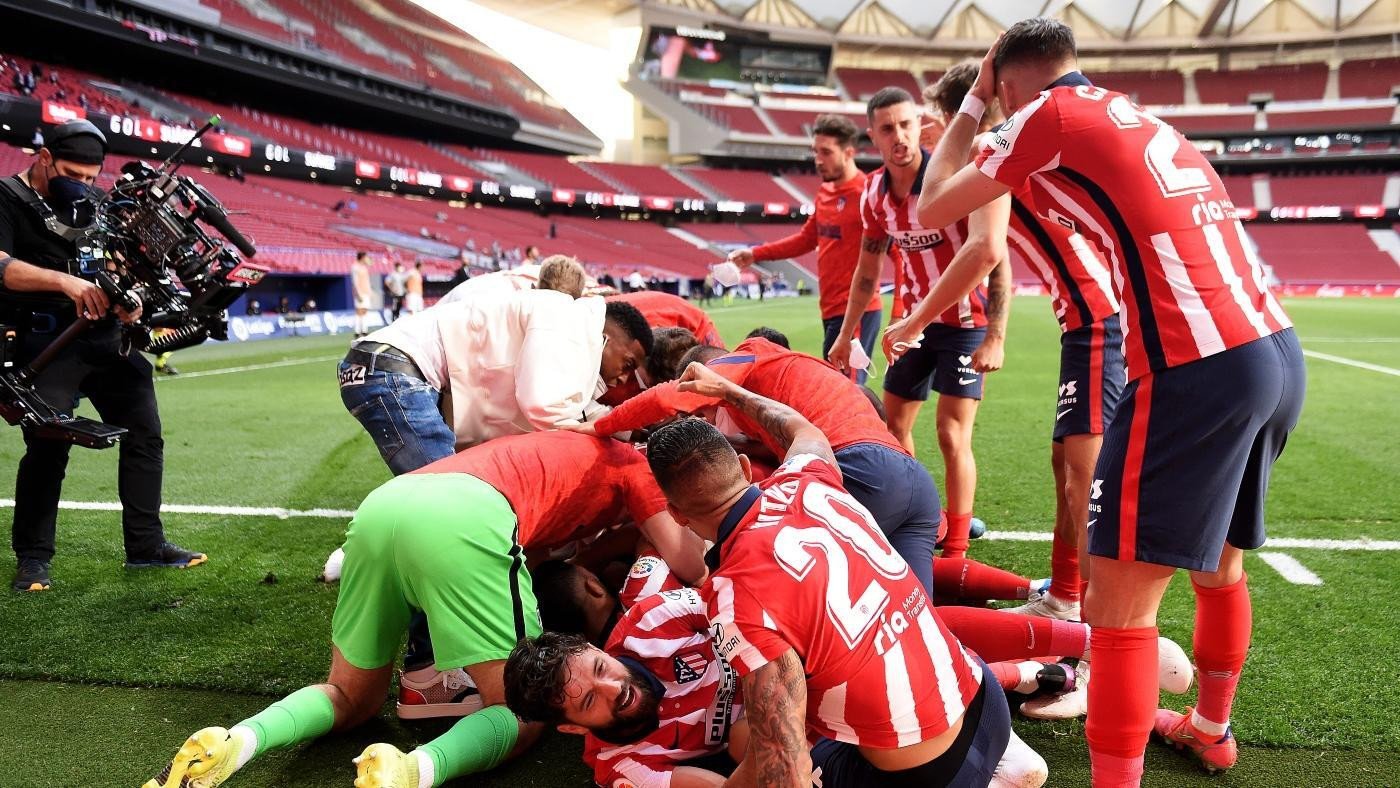 Description: Barely a week has gone by this season without Diego Simeone pronouncing his mantra of "one game at a time" and now it really rings true, with Atletico Madrid one match away from winning La Liga. If they beat Real Valladolid on Saturday, they will be crowned champions for the first time since 2014 and few could argue given they will have been top of the table since December. But Real Madrid are lurking, only two points behind, and ready to dip their neck over the line at the last moment. They have not led La Liga since October 17. Real Madrid will have to win at home against Villarreal to have any chance but the omens looks good for Zinedine Zidane's side, given their opponents may not be at full strength. Villarreal are in a three-way battle to finish fifth and sixth, with the team that comes seventh dropping out of the Europa League and into the new and less lucrative Europa Conference League. But Villarreal could do even better and qualify for the Champions League if they defeat Manchester United in the Europa League final, four days after their game at Valdebebas. "We will have an eye on the Manchester United game," said Villarreal coach Unai Emery on Wednesday. A draw for Atletico could mean the top two are tied on points but that would see the trophy returned to Real Madrid, who would sneak it on head-to-head. In some ways, Atletico might benefit from the situation being clear. They will almost certainly have win to claim the title and can look for victory from the start. Valladolid might have been relegated already had results gone against them last weekend but instead they are still fighting to be the one team out of three that survives. Huesca and Elche are the others scrapping to finish 17th, with both of them two points ahead of Valladolid, the trio sandwiched between already-relegated Eibar and Getafe, who are safe. It means only a win will give Valladolid hope, a scenario that could play into Atletico's hands if it encourages their opponents to attack, opening the spaces that were denied by the defensive approach of Osasuna, who so nearly spoiled Atletico's chances last weekend. Luis Suarez's 88th-minute winner, which completed a stunning turnaround after Renan Lodi equalised only six minutes before, had the feeling of a pivotal moment, a dramatic twist to prove decisive in who harnesses the prize. Yet Real Madrid's priority on Sunday was survival and they beat Athletic Bilbao at San Mames to take Atletico to the last day, when the tension will be at its highest. Simeone admitted "anxiety exists" among his players but in 10 years in charge he has tried to expunge the fatalist tendencies that haunted the club for so long. Real Madrid have benefitted before, when Atletico conceded in the 93rd minute in the 2014 Champions League final in Lisbon and lost in extra-time. Atletico went close in the 2016 final in Milan too, only to be beaten by Real Madrid on penalties. Now Simeone's team are within touching distance again, the difference this time that Real Madrid have no control, their own success now depending on what happens at the Jose Zorrilla stadium, 200 kilometres away. Win or lose, it could be Zidane's final game in charge and there are serious doubts around the future of Ronald Koeman as well, ahead of Barcelona's last match against Eibar. Barca's disappointing end to the season means they could even surrender third place if they lose while Sevilla will hope for the chance to overcome a two-point gap when they face Alaves on Sunday. Real Sociedad in fifth are a point ahead of both Real Betis and Villarreal, the tussle for the Europa League still alive. Betis travel to CeltaVigo and Real Sociedad are at Osasuna. Elche host Athletic Bilbao and to stay up, they will have to better Huesca's result against Valencia at Mestalla. Valladolid must beat Atletico and hope Elche and Huesca both lose.
Published Date: 21-May-2021
Share:  Linkedin   Whatsapp   Facebook