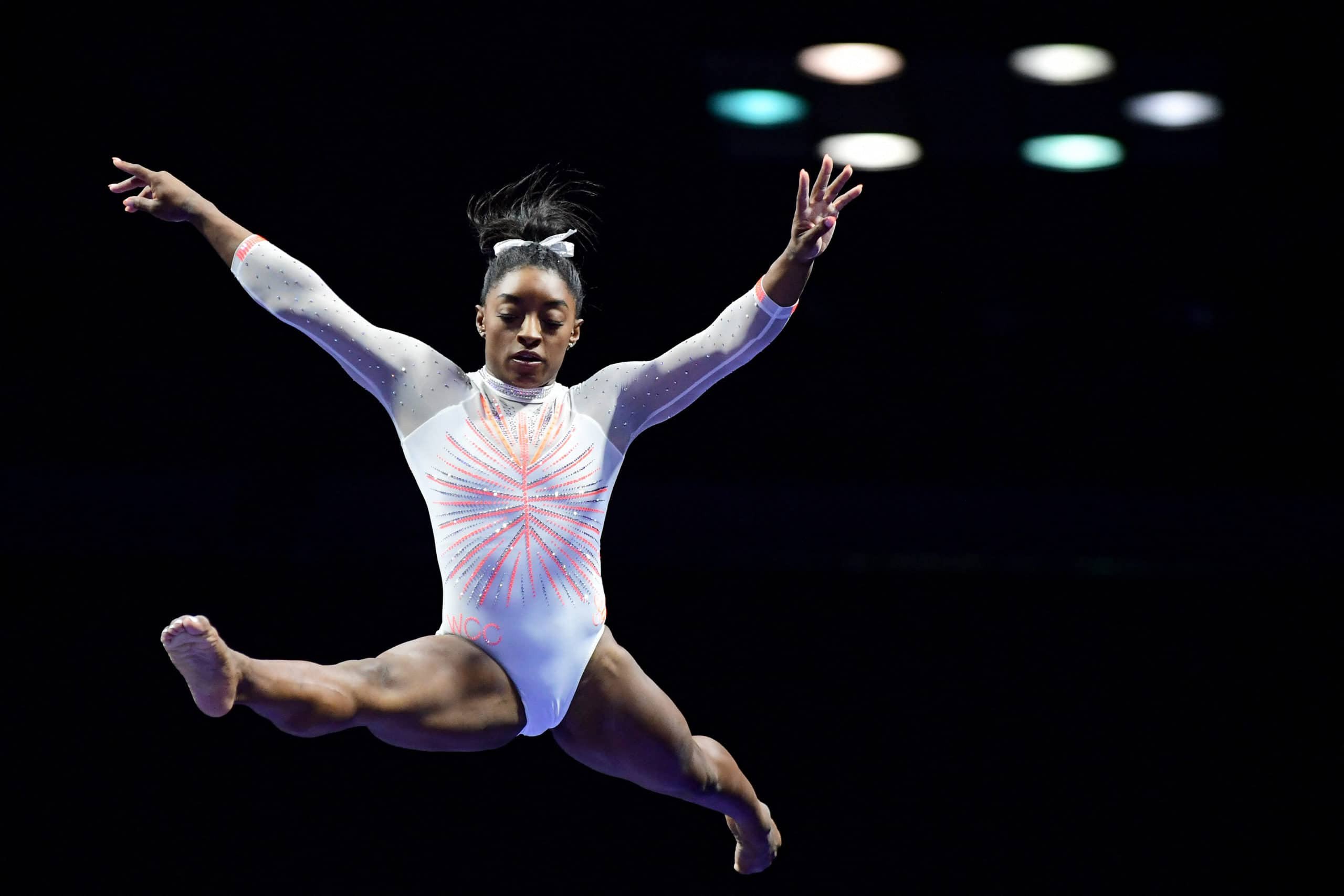 Description: US gymnastics superstar Simone Biles returned to competition with a bang Saturday, completing an historic vault to launch her final run to the Tokyo Olympics. The five-time Olympic gold medallist, who hadn't competed since winning five golds, including a fifth all-around title, at the 2019 World Championships, delivered on the vault she's been preparing -- a Yurchenko double pike -- at the US Classic in Indianapolis, Indiana. The vault, featuring a roundoff onto the springboard and back handspring into a piked double backflip, had never before been done in women's competition. Biles sailed through it with so much power that she over-rotated slightly and stepped back on the landing. "I was just thinking, do it like training," she said of her mindset as she took off down the runway. "Don't try to overdo anything, because I have a tendency as soon as I raise my hand to kind of overpower things. I did a little bit, but at least I still was on my feet and it's a new vault." Posts of Biles completing the vault in practice had set social media sites buzzing. NBA superstar LeBron James had retweeted a video of Biles landing it. "It's nice to see all the support," Biles said, adding that she was "feeling confident" heading into the US championships June 3-6. They'll be followed by the US Olympic Trials June 24-27, where the top two finishers will book Tokyo berths, along with two other gymnasts named by USA Gymnastics selectors. Biles wasn't perfect on Saturday. In addition to her step back on the vault landing she had a bobble on her floor routine and on the asymmetrical bars. But she won the all-around competition with a score of 58.400, with Jordan Chiles second on 57.100 points and Kayla DiCello third on 56.100. "I'm just happy to be back out here on the competition floor in an arena with all of the girls, especially after the long year and time off we've had," Biles said.
Published Date: 23-May-2021
Share:  Linkedin   Whatsapp   Facebook