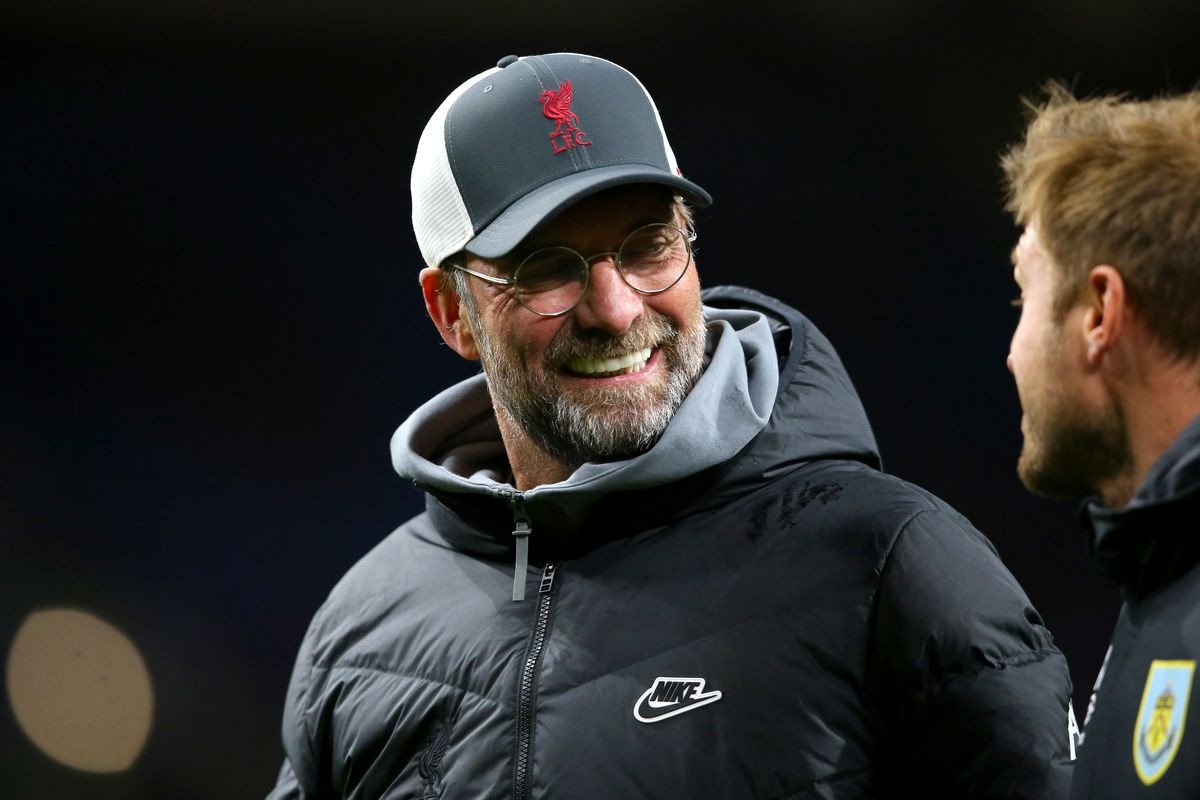 Description: Liverpool manager Juergen Klopp said his team’s 3-0 win at Burnley on Wednesday was like a semi-final, setting up the decisive final game of the season against Crystal Palace on Sunday in the battle for a top-four finish. The victory moved Liverpool above Leicester City on goal difference and into the Premier League’s top four and a win over Palace on Sunday could secure Champions League football for next season. “It was a semi-final. We had to win the semi-final and we did. Nothing is decided yet but we improved our position and we have the final. That’s what we needed. It’s what we deserve because this was a top performance,” said Klopp. Burnley were on top in the early stages but Liverpool’s back-up central defensive pairing of Nathianel Phillips and Rhys Williams held firm. “You can’t give any chance away against Burnley because of the way they play. They wanted to go for our centre-halves but our boys did outstandingly well,” said Klopp. The home side had little to play for, having secured a sixth straight season of top flight football, but the German said they had been fired up by the return of fans. “We knew before the game it would be incredibly tough - they had about 3,500 people not on our side. Atmosphere in football is massive,” he said. “I thought the boys dealed really well with that. They didn’t get distracted - they tried to use it because noise is nice. We played a lot of good football stuff.” Liverpool’s 3-0 win gave them a four-goal advantage over Leicester that could prove vital if both teams win on Sunday and Klopp is hoping he can keep everyone fit for the Palace game. “We have to make sure we recover quickly. We have a thin squad in some positions. We have to wrap them in cotton wool. I can’t wait for the 10,000 fans at Anfield. Nothing is decided - Palace are strong.”
Published Date: 20-May-2021
Share:  Linkedin   Whatsapp   Facebook