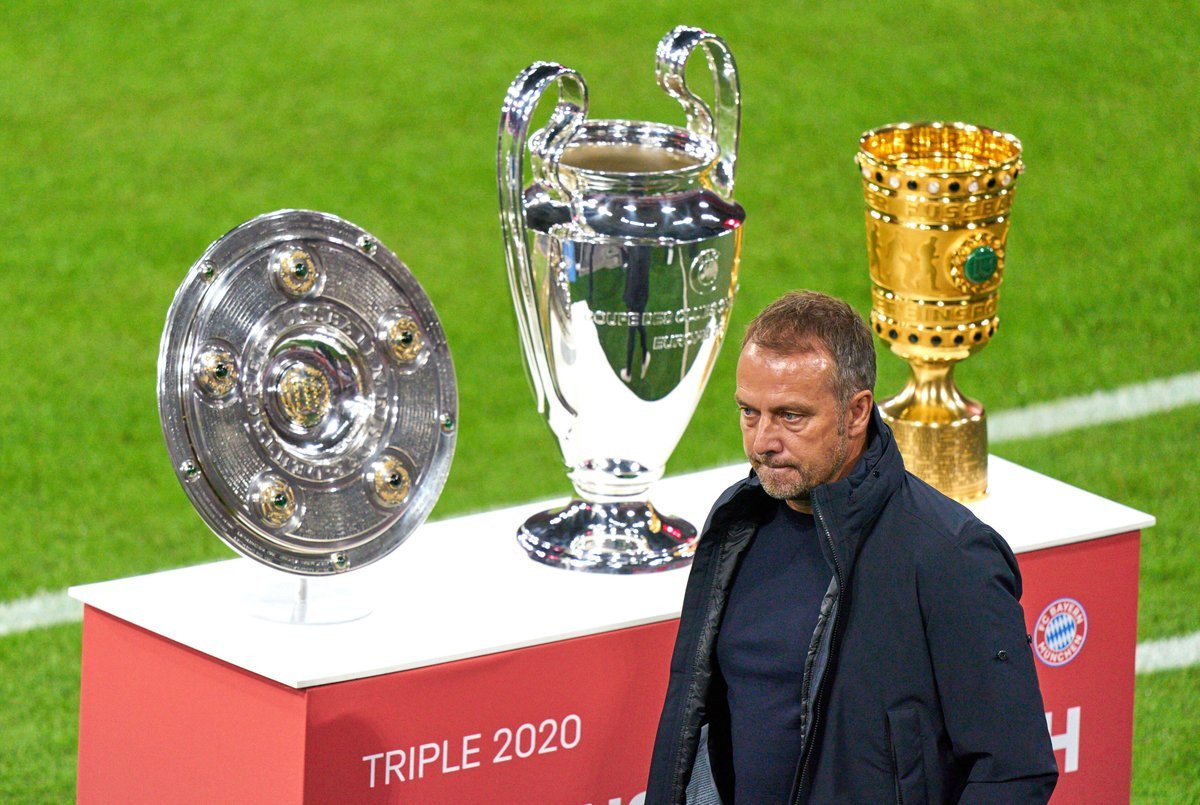 Description: Former Bayern Munich coach Hansi Flick signed a three-year contract on Tuesday to take over Germany after the end the European Championship this summer, the German Football Association (DFB) said. He will succeed Joachim Loew, with whom he won the World Cup as an assistant in 2014, and will be looking to complete an overhaul that was started in 2019 but was disrupted by a string of bad results and the coronavirus pandemic. "Everything happened surprisingly quickly for me and I am happy to be national team coach from the autumn," Flick, who was the frontrunner for the post, said in a statement. "My joy is great because I see the quality of the players, especially the young ones, in Germany. So we have every reason to approach the next tournaments, for example our home Euro 2024 with optimism." Germany will host the European Championship in 2024. Flick led Bayern to six titles in the 2019/2020 season and also won this season's Bundesliga crown after initially taking over as an interim coach in late 2019, but decided to leave the champions after 18 successful months in charge despite a contract to 2023. "I would like to congratulate the DFB for their choice of coach," said Bayern CEO Karl-Heinz Rummenigge, who had agreed to Flick's wish to leave and end his contrat early. "I wish Hansi Flick the same success with the national team that he has had with Bayern." Loew, who had a contract until 2022, also won the 2017 Confederations Cup. But his team crashed out in the first round in the 2018 World Cup and has been struggling to perform at the highest level. A 6-0 thrashing by Spain in the Nations League in November was Germany's worst defeat in competitive football. The 56-year-old Flick has a long experience at the DFB, having been assistant coach from 2006-2014 and then taking over as sports director until 2017. "He was from the start at the very top our my wish list," Oliver Bierhoff, national team director, said. "I know the human and technical qualities of Hansi Flick and I appreciate them since our many successful years together in the national team."
Published Date: 26-May-2021
Share:  Linkedin   Whatsapp   Facebook