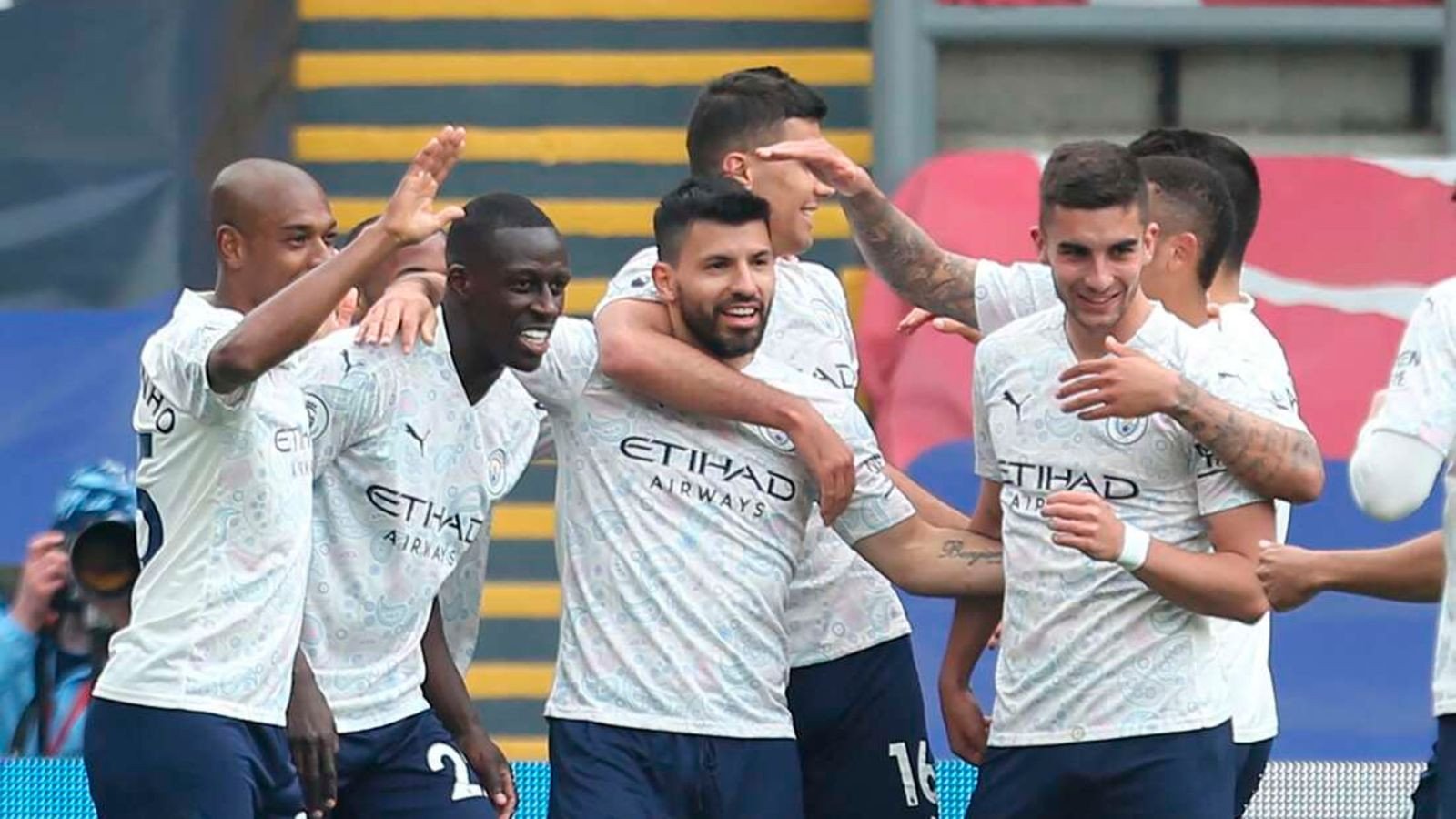 Description: Pep Guardiola hopes Sergio Aguero will be fit enough for one last appearance for Manchester City on Sunday as the Argentine forward bids farewell following a trophy-laden decade at the Premier League club. Aguero has scored a club-record 258 goals since joining from Atletico Madrid in 2011, winning five Premier League titles among other silverware. The Argentine has had an injury-hit final campaign, and has missed the past two games, but manager Guardiola is confident he will be able to receive a rousing farewell from the 10,000 fans who will be at the Etihad this weekend. The champions wrap up their Premier League campaign against Everton before switching their focus to next week's Champions League final against Chelsea. "As much as he can play he will play. He trained today and yesterday a little bit," Guardiola said. Aguero, fourth in the Premier League all-time scorers list with 182 goals, will forever be remembered for his injury-time strike that secured City's first Premier League title in 2012. "The quality of the player -- it is not necessary to add anything else to his numbers," said Guardiola. "His performance when he was fit was incredible. I am pretty sure the 10,000 fans that will be in the stadium will show for the rest of the fans around the world, and will give him his tribute and gratitude for what he's done for this club in terms of titles, numbers, performance -- incredible." "When he is fit and has continuity, he is like Romario in Brazil," added the City boss, who has now won three Premier League titles in four years. "In a five-metre space he is like a lion in the jungle. He is so quick and has the quality to make the goal. For as long as he plays, he will score goals." City will receive the Premier League trophy after Sunday's match before a special farewell ceremony to honour Aguero. The champions have been linked with England captain Harry Kane as a potential replacement for the Argentine, with reports this week claiming the striker wants to leave Spurs. "He's a player for Tottenham," said Guardiola. "It is not correct for me to talk about that." Arsenal manager Mikel Arteta, who worked with Aguero when he was assistant coach at the Etihad, also paid a warm tribute to the striker. "It was an absolute joy to work with him," he said. "His character, his personality, he's a loveable man and then one of the best talents that I've seen. "What he's done in this league for so long, scoring the amount of goals that he's done... I think he was a player that contributed to change the perception of English football in different countries. "What he's done for Manchester City, I think he was a big contributor of changing the history, the mentality and the winning years that they had after that."
Published Date: 22-May-2021
Share:  Linkedin   Whatsapp   Facebook