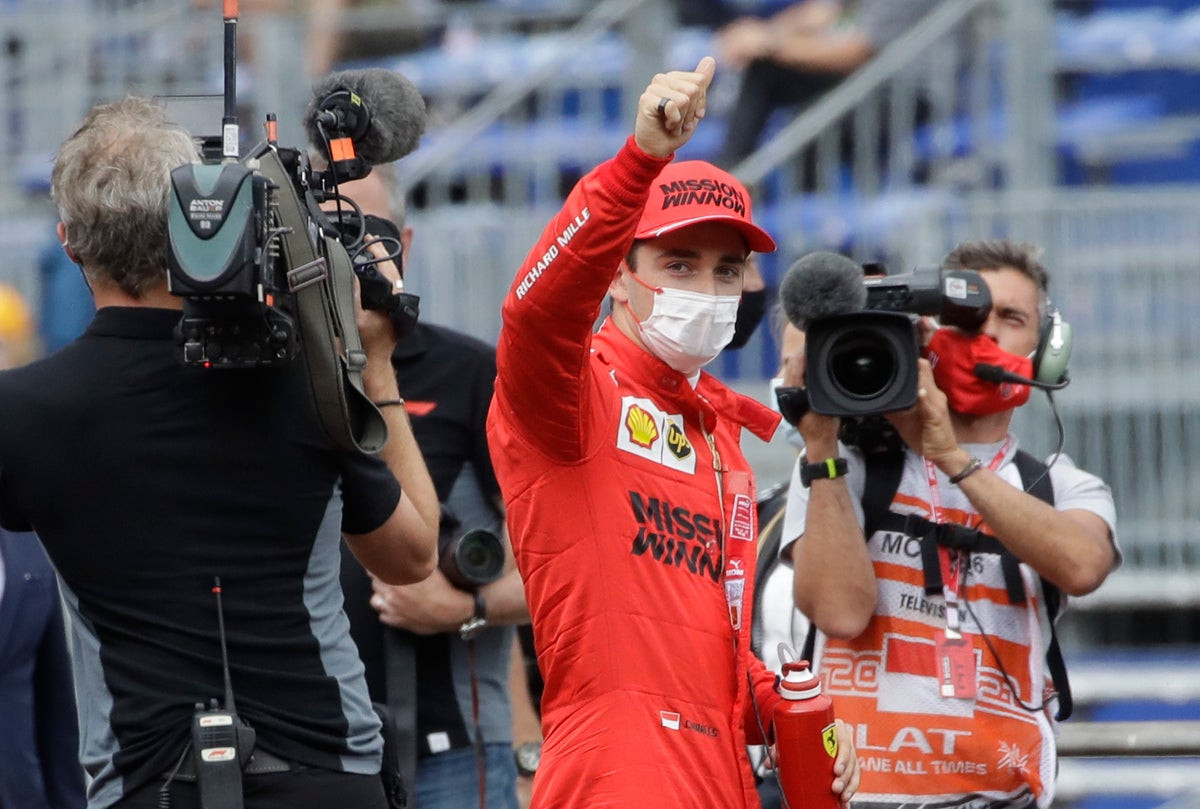 Description: Charles Leclerc found support among rivals on Saturday after securing pole position for his home Monaco Grand Prix with a last-minute crash that brought qualifying to a close. Any suspicion that the red flag prang might have been deliberate to prevent others beating his lap time was given short shrift. “Surely if I was doing it on purpose I would make sure to hit the wall a bit less hard but that wasn’t on purpose, obviously,” Leclerc, who expressed concern about a grid penalty if the gearbox needed changing, told reporters. “I was pushing the limit and, for now, I’m just worried about the rear of the car. I hope it’s OK. It doesn’t look OK but let’s wait and see. “On a city track like this, where we are pushing the limit, it happens to do a mistake. It’s a different story when it’s done on purpose but I think it’s pretty obvious for today,” added the Monegasque. That the question should even be raised owes much to history at a tight and twisty circuit where grid position is of critical importance, with overtaking extremely difficult. In 2006, seven-times world champion Michael Schumacher blotted his copybook by locking up at Rascasse, blocking the track and preventing Renault’s Fernando Alonso from taking pole from him. The great German was subsequently demoted to the back of the field as a punishment for what stewards deemed had been a deliberate act. “I think there is a difference when a guy makes a mistake and hits the wall, or doing it intentionally,” said Red Bull’s Max Verstappen, who qualified in second place. “I think had Charles just parked with a broken front wing, it’s a different story. But of course he just clipped the wall, initially, and then ended up where I’ve ended up twice. “It’s not so easy around here, especially on the limit. It’s easy to make a mistake.” Mercedes boss Toto Wolff, whose championship leader Lewis Hamilton qualified seventh, agreed. “That was a proper impact,” he said. “Such a crash could put you in real jeopardy if the gearbox is broken... it was a real impact.”
Published Date: 23-May-2021
Share:  Linkedin   Whatsapp   Facebook