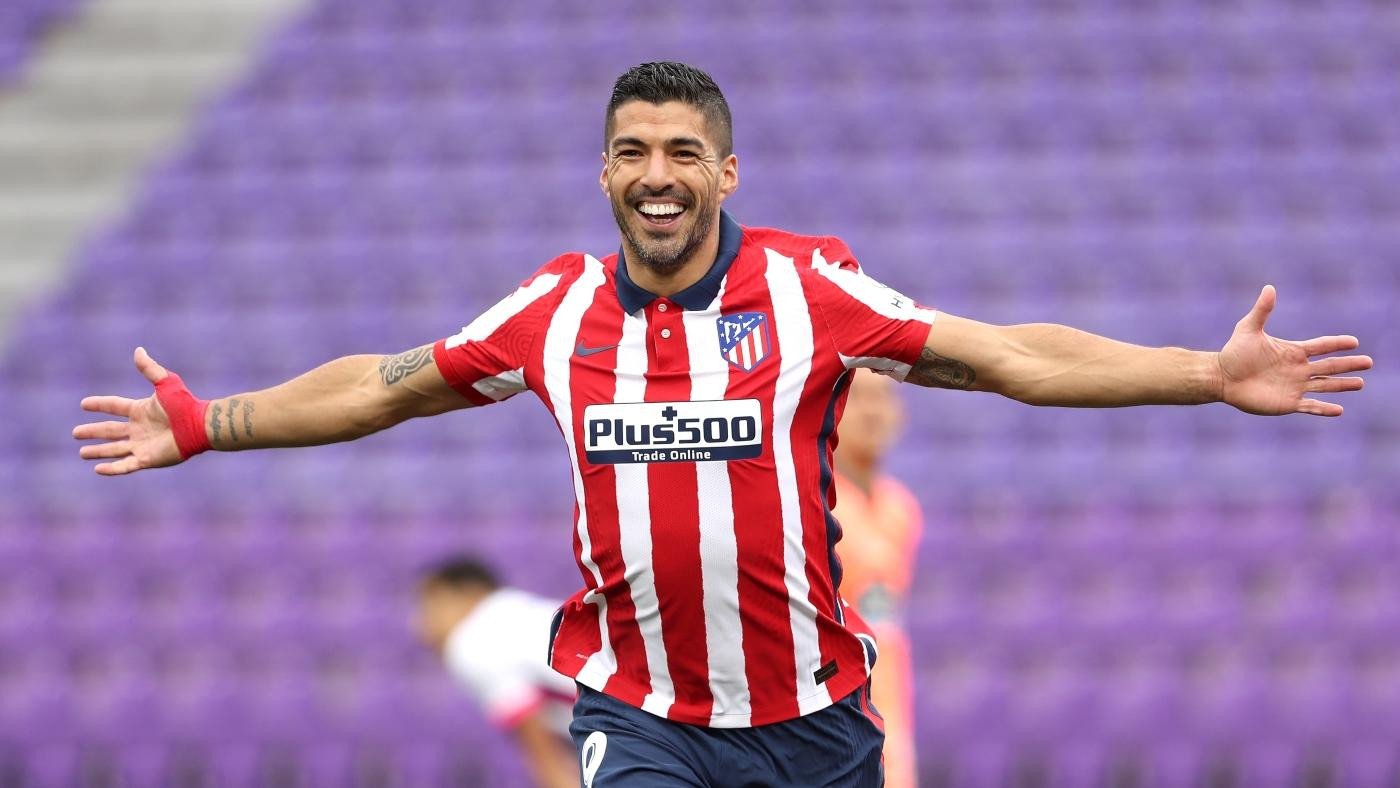 Description: Atletico Madrid won La Liga and Luis Suarez found vindication, his goal securing the 2-1 victory over Real Valladolid on Saturday that clinched his team another remarkable Spanish title. Suarez began the season crying after being forced out of Barcelona but ended it with his 21st goal of the season earning Atletico a first league triumph since 2014, this one at the expense of Real Madrid. "It was hard last summer, the way that Barcelona despised me, under-appreciated me," said Suarez. "Atletico opened the door to give me the chance to show that I could still be a force." Coach Diego Simeone said of his evergreen 34-year-old striker: "Suarez is a man of character. He's defiant, he's a goalscorer." A trophy-less season for Real means more questions will be asked of coach Zinedine Zidane's future. "I will discuss with the club in the next few days, quietly. But not now. We will see in the next few days," said the Frenchman. Atletico knew victory would guarantee them the title regardless of what Real Madrid did at home to Villarreal but it was never comfortable, with Valladolid taking a shock early lead. Real Madrid were behind too for most of the afternoon but Karim Benzema equalised in the 87th minute and Luka Modric even scored a late winner for 2-1 at Valdebebas, leaving Atletico hanging on at the end, as they were suddenly one goal away from squandering it all. When the final whistle blew, the players ran onto the pitch, Suarez underneath a pile of red and white shirts, with Europe's most nerve-wracking and unpredictable title race finally complete. Just over a week ago, Simeone said this was the "Suarez Zone" and so it proved, the Uruguayan scoring the winner against Osasuna last week to keep the title in Atletico's hands and then again on the last day to put their name on the trophy. This is only the second time in 17 years that a team other than Barcelona or Real Madrid have won the title, with Atleti claiming the other one under Simeone in 2014. Atletico went into the game having been top since December. But they have done nothing the easy way this season, with their 10-point lead in February cut to two in May and their position at the top relying on numerous slip-ups from both Real Madrid and Barcelona. So it was apt that faced with beating Real Valladolid, who were 19th in the table, they still had to scrape over the line. Suarez had a couple of early openings but any hopes for a comfortable afternoon were dashed in the 18th minute when Valladolid took the lead. It came from an Atletico corner as Yannick Carrasco lost the ball and Valladolid broke at speed, pinging passes through midfield and finally through to Oscar Plano, the former Real Madrid youngster who pulled away and fired past Jan Oblak. There was plenty of time left and the other consolation for Atletico was Real Madrid fell behind too, Gerard Moreno's poked pass causing confusion at the back, with Yeremi Pino prodding Villarreal into the lead. Atletico pushed as Suarez's effort curled wide and Felipe headed straight at Jordi Masip but they also looked for calm. Both title contenders were trailing at half-time but Atletico came out with renewed vigour and a crucial few minutes fell their way. Real Madrid struck first, Benzema heading in Casemiro's cross before Angel Correa levelled for Atletico as well, collecting on the edge of the area and firing through the legs of Jawad El Yamiq. Atletico's equaliser, though, was made all the more precious after Real Madrid's was ruled out, Benzema's left arm shown to be offside by VAR. Valladolid might have scored again but Shon Weissman headed over with the goal gaping and then Atletico took the lead, a gift of a pass-back by Sergi Guardiola allowing Suarez to skip clear. Suarez slid the ball past Masip before ending up under a pile of Atletico teammates. Real Madrid equalised in the 87th minute, Benzema curving a delightful finish into the top corner and it was still not over, Modric scoring again to leave Atletico with some nail-biting final moments. They got over the line.
Published Date: 23-May-2021
Share:  Linkedin   Whatsapp   Facebook