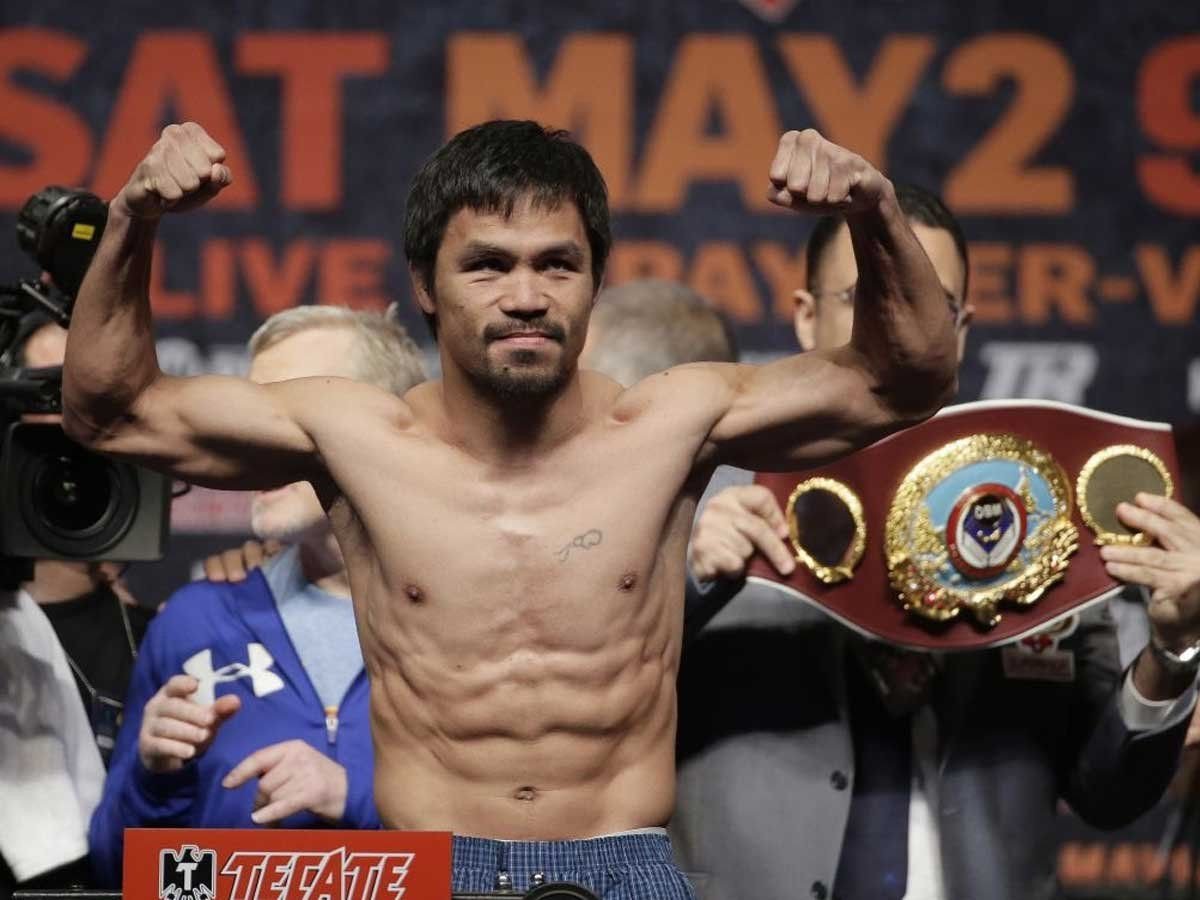 Description: Philippine boxing icon Manny Pacquiao said Friday he'll fight unbeaten unified welterweight world champion Errol Spence in Las Vegas in August. The 42-year-old legend will be fighting for the first time since he beat Keith Thurman in July 2019 for the WBA welterweight title. He revealed his plans with a Twitter post of a promotional poster for the bout captioned "Pacquiao v Spence, August 21, 2021, Las Vegas, Nevada". The Athletic, citing an unnamed source, reported that Pacquiao had signed a deal for a bout to be available on Fox pay per view, and the venue was expected to be the MGM Grand. But Pacquiao told The Athletic in an interview from the Philippines that he hoped the fight would be at Allegiant Stadium, the 70,000-seat stadium of the NFL's Las Vegas Raiders. Pacquiao, a serving senator in the Philippines, told the US sports outlet that the fight "might be" his last. If so, he appears to want to go out with a bang. "I love to challenge the top guy," the eight-division champion told The Athletic. Spence, the 31-year-old WBC and IBF champion, is 27-0 and coming off a dominant December victory over Danny Garcia -- his first fight since surviving a near fatal rollover car accident. Pacquiao, who owns a record of 62-7-2, had been planning a return to the ring for some time, but earlier this month the targeted opponent had appeared to be American Mikey Garcia. Philippine media had said a July fight against Garcia was on the cards. That came after Top Rank chief Bob Arum told BoxingScene.com that Pacquiao and Terence Crawford had an agreement in place for a June 5 bout in Abu Dhabi, but it had fallen apart because the people putting up the money missed the deadline.
Published Date: 22-May-2021
Share:  Linkedin   Whatsapp   Facebook