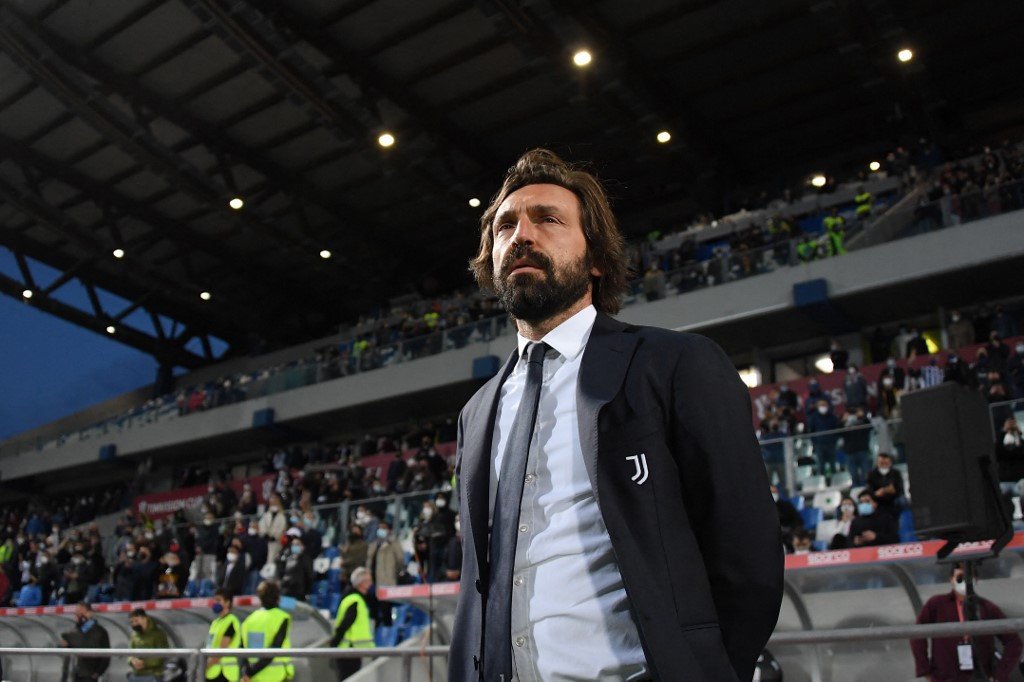 Description: Andrea Pirlo insisted he wanted to continue as Juventus coach after lifting his second trophy this season in the Coppa Italia final. The dethroned league champions beat Atalanta 2-1 to win the Italian Cup for the 14th time after winning the Super Cup in January. Federico Chiesa scored the winner with quarter of an hour to go after Dejan Kulusevski struck after half an hour, in a game played in front of fans for the first time in over a year. "It was a great match, between two beautiful teams who fought to the end, a final worthy of this name, also a big celebration for the public, with everything that has happened this season," said Pirlo, who turned 42 on Wednesday. "I would really like to sit on the Juventus bench again next year," he continued. "I think I did my job well day by day, trying to win finals. I would like to continue, I love this club." Pirlo conceded that his first ever coaching job has seen "many difficulties". "These victories do not cancel out those ups and downs," said the 2006 World Cup winner. "It's a season where I learned a lot." Atalanta coach Gian Piero Gasperini, 63, was denied a first trophy of his coaching career, and his club's second trophy after the 1963 Coppa Italia. "It's a disappointment," said Gasperini. "We are happy to be at this level, to be able to play this type of game and to qualify for the Champions League for the third consecutive season." It was a boost for Juventus who go into the final weekend of the season with their Champions League qualification going down to the wire after Inter Milan ended their nine-year league reign. Gianluigi Buffon was in the Juventus goal for the final time in his career and the veteran keeper was solid on the night winning his sixth Coppa Italia 22 years after his first with Parma, where he played alongside Chiesa's father Enrico. The veteran pulled off a big save just after kickoff at the Mapei Stadium in Reggio Emilia. Duvan Zapata had pulled back for Jose Luis Palomino with 43-year-old Buffon using his legs to stop the ball. Zapata pounced on a sloppy Matthijs De Ligt back-pass but Buffon again cleared after quarter of an hour and denied Hans Hateboer after 35 minutes. Despite the Bergamo side's early domination Juve made the breakthrough after half an hour. Cristiano Ronaldo went down but amid a scramble in front of goal Weston McKennie sent the ball across to Kulusevski who curled into the net. But ten minutes later Ruslan Malinovskyi blasted in the equaliser. Pierluigi Gollini denied Kulusevski a second just before the hour after good work from Chiesa. Chiesa then clipped the post after latching onto a Ronaldo backheel flick. But the former Fiorentina forward made no mistake with quarter of an hour remaining after combining with Kulusevski to beat Gollini. It was Juventus's first Coppa Italia since 2018, having finished runners-up last year to Napoli. Atalanta also lost the 2019 final to Lazio. Ronaldo failed to score on the night but has now won every trophy in three of Europe's five major leagues -- England, Spain and now Italy. A total of 4,300 fans were allowed into a stadium for the first time since the coronavirus lockdown in March 2020. But the party was short lived with the Italian government ordering an overnight curfew to come into force in Reggio Emilia after the game starting at midnight.
Published Date: 20-May-2021
Share:  Linkedin   Whatsapp   Facebook