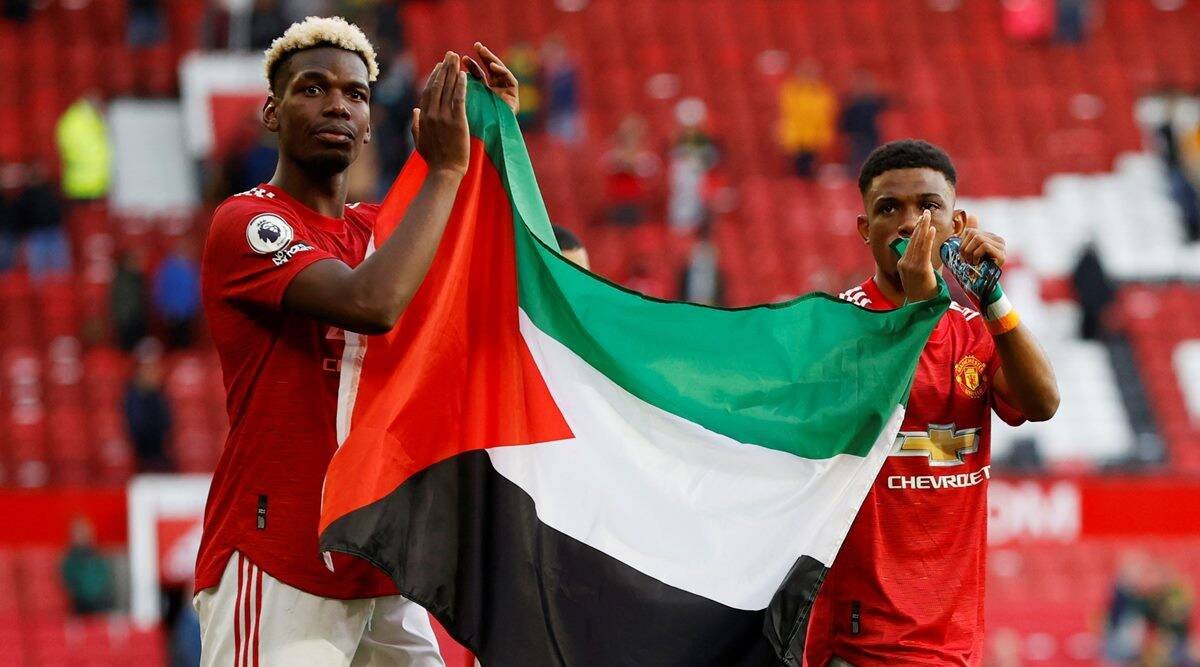 Description: Manchester United manager Ole Gunnar Solskjaer said that the views of players have to be respected after Paul Pogba and Amad Diallo held up a Palestine flag following Tuesday's 1-1 Premier League draw with Fulham. The ongoing hostilities between Israel and Hamas militants who rule Gaza are the most serious in years, and there have been no firm signs of any imminent ceasefire despite international calls to end more than a week of fighting. Leicester City's Hamza Choudhury and Wesley Fofana had also held up a Palestine flag after the FA Cup final on Saturday, and Solskjaer said that his players had a right to their own views. "I think we need to have players from different backgrounds, different cultures, different countries, and I think we need to respect their views if they differ from someone else's," Solskjaer told reporters. "If my players think about other things than football, that's a positive thing, and I think we've seen that with some of the players before that they do care about. "Say Marcus Rashford, for example, the difference he's made. We respect their right to have a different view." Dutch side PSV Eindhoven's Israeli forward Eran Zahavi responded to Pogba and Diallo by posting an edited picture of the pair on Instagram, replacing the Palestine flag they were carrying with an Israel one. "Thanks guys," Zahavi wrote in a caption that included an Israel flag. "We appreciate your support all over the world."
Published Date: 19-May-2021
Share:  Linkedin   Whatsapp   Facebook