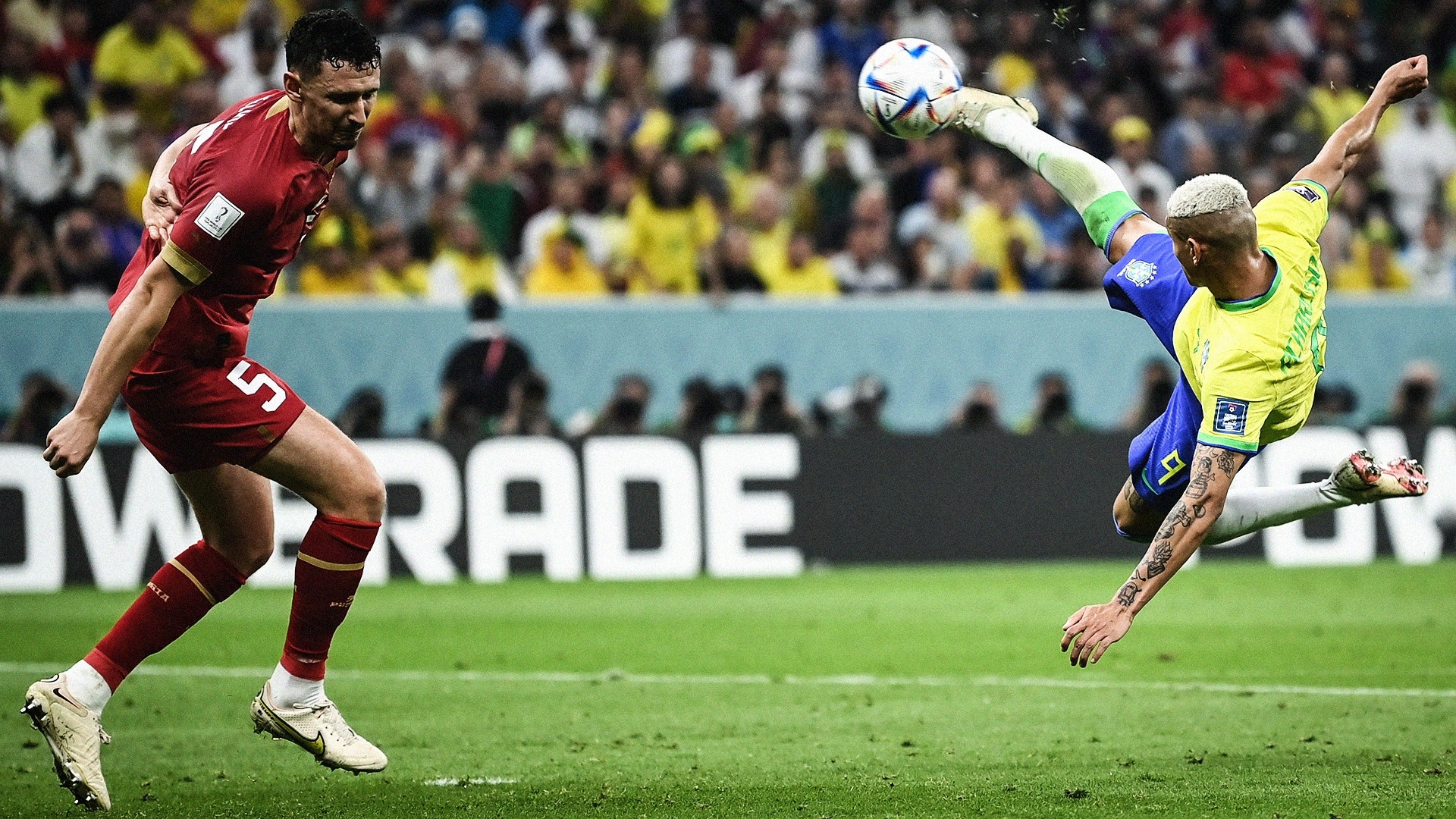 Description: Richarlison reflected on his tears when he feared he might miss the World Cup after scoring both goals as Brazil opened their bid to win a sixth title with a 2-0 win over Serbia in Doha on Thursday. "It is a boyhood dream come true," the Tottenham Hotspur forward told Brazilian broadcaster TV Globo after netting a second-half brace in the Group G match at the Lusail Stadium. "We played well, especially in the second half when our opponents started to tire and we took advantage of that." Richarlison opened the scoring just after the hour mark, following in to net after a Vinicius Jr shot had been saved. But he saved the best for the 73rd minute, when he scored with a stunning acrobatic scissor kick after controlling a Vinicius cross. There had been fears the 25-year-old would not make the Brazil squad for the tournament after he came off with a calf injury playing for Spurs in a Premier League game against his former club Everton in mid-October. "Four weeks ago I was crying, doubting whether I would come. The day I went for tests was one of the slowest of my life because I was there on the stretcher, waiting to get the results," he said. "The doctors were going past and I was just nervously waiting. "It was worth all the effort I put in to my recovery. Three sessions a day. I was determined to come to the World Cup." Tite's side are next in action on Monday when they face Switzerland, who beat Cameroon 1-0 in the other Group G game earlier on Thursday. "We did the main thing, which was win the first game, which was very important. Now we need to rest and focus on the next one because we still have six important games to come." Asked about his stunning second goal, which was his 19th in 39 appearances for the Selecao, Richarlison said he had been practicing scoring in such fashion during Brazil's pre-tournament training camp.
Published Date: 25-Nov-2022
Share:  Linkedin   Whatsapp   Facebook