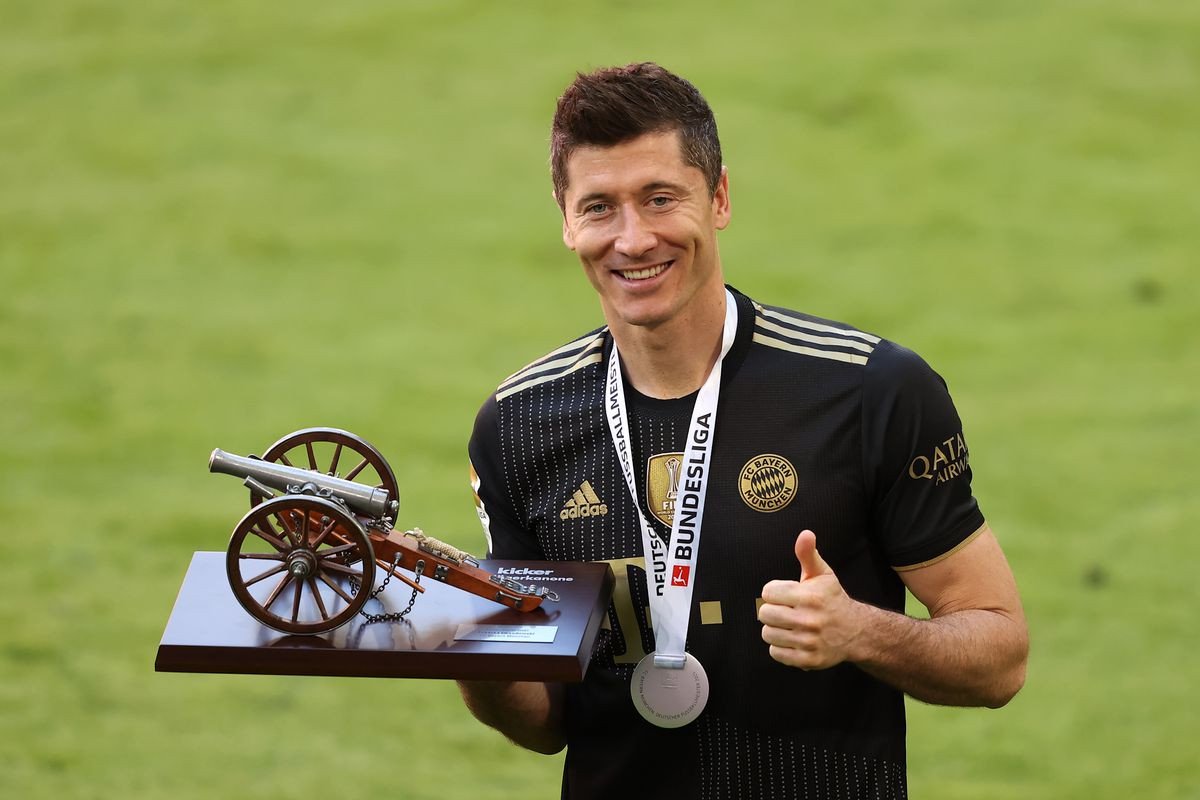 Description: An elated Robert Lewandowski could not believe his luck after he scored his 41st league goal the season in the final minute of the final game of 2020-21 season on Saturday to break a 49-year-old record held by fellow Bayern Munich great Gerd Mueller. Lewandowski rounded Augsburg keeper Rafal Gikiewicz in the 90th minute to score league goal number 41, one more than Mueller, in their 5-2 victory. “I really have no words to describe this,” Lewandowski said. “When you try over 90 minutes to score a goal and it is just not happening and then with the last kick of the game you score, then it feels absolutely amazing.” “I am very happy. This is certainly a highlight in my career.” Lewandowski, who is already second on the all-time scorers list in the Bundesliga, with 277 goals, behind only Mueller’s 365, had wasted more than half a dozen golden chances to score much earlier. Gikiewicz delivered a string of stunning saves to deny his countryman. But the keeper could not hold on to a low Leroy Sane shot in the 90th, allowing the striker to beat him. “It was difficult for me to remain patient,” Lewandowski said. “But I kept believing that the situation might come and I would have to be ready for it.” “You have to fight for a record. It does not come easy. I want to thank the team because they are part of this record. It is a special moment, a historic moment.”
Published Date: 23-May-2021
Share:  Linkedin   Whatsapp   Facebook