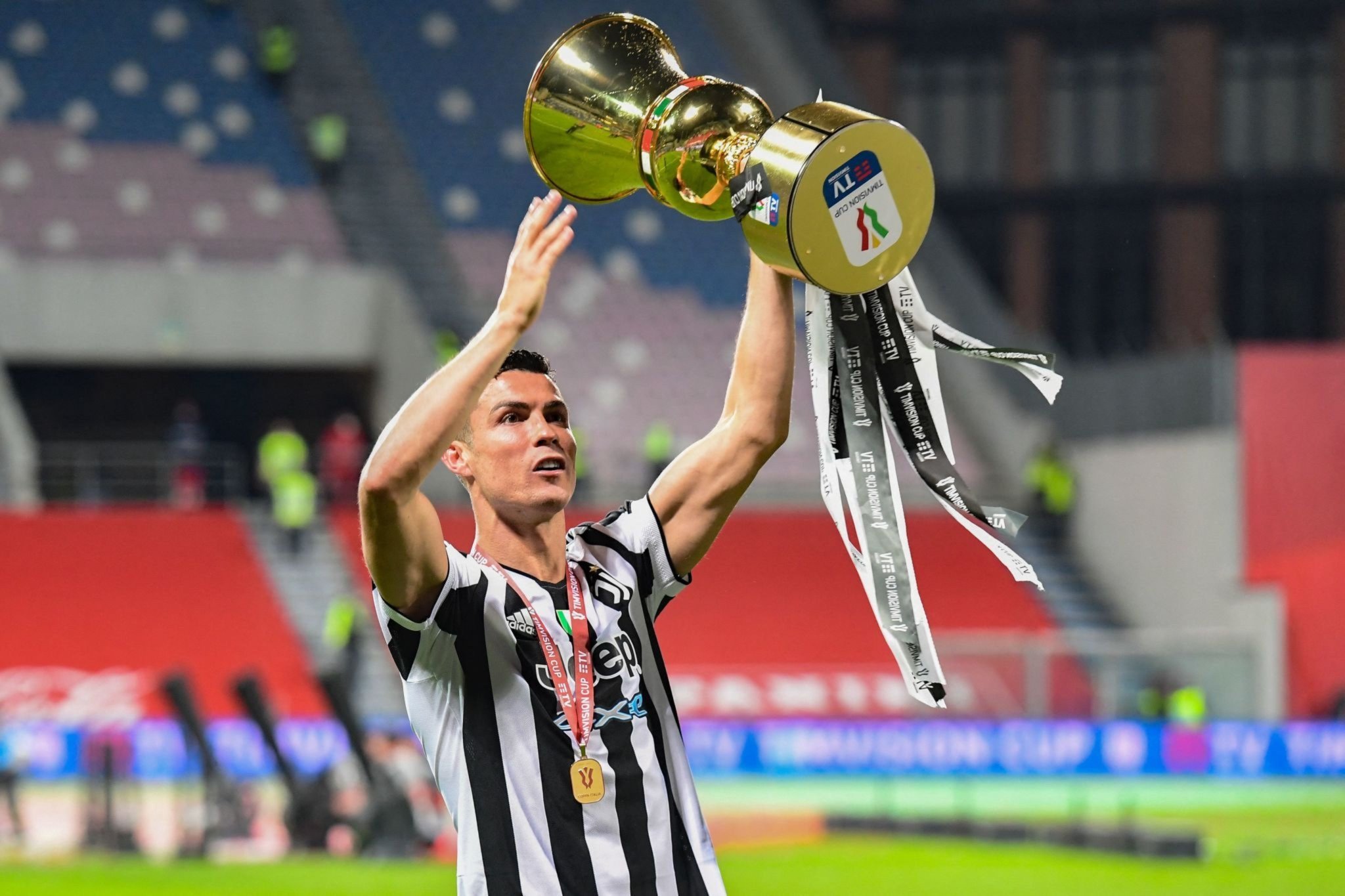 Description: Cristiano Ronaldo and Gianluigi Buffon have won many trophies in their careers and after helping Juventus beat Atalanta to win the Coppa Italia on Wednesday they achieved further milestones. Ronaldo has enjoyed regular success since leaving Portugal as a teenager for Manchester United, winning all three major domestic trophies in England before joining Real Madrid. The forward helped the Spanish side win La Liga and Copa del Rey titles, and after two Serie A crowns with Juve the Italian Cup was the only major club trophy in those three countries missing from his cabinet. In probably his last match for Juventus having announced he will leave the club at the end of the season, goalkeeper Buffon was not overworked in the win over Atalanta and was given the honour of lifting the trophy. The 43-year-old has now won 25 trophies for Juventus and Parma, matching AC Milan defender Paolo Maldini’s record for the most Italian club titles. When winning his first Coppa Italia with Parma in 1999, Buffon played alongside Enrico Chiesa, whose son Federico scored the winner against Atalanta.
Published Date: 20-May-2021
Share:  Linkedin   Whatsapp   Facebook