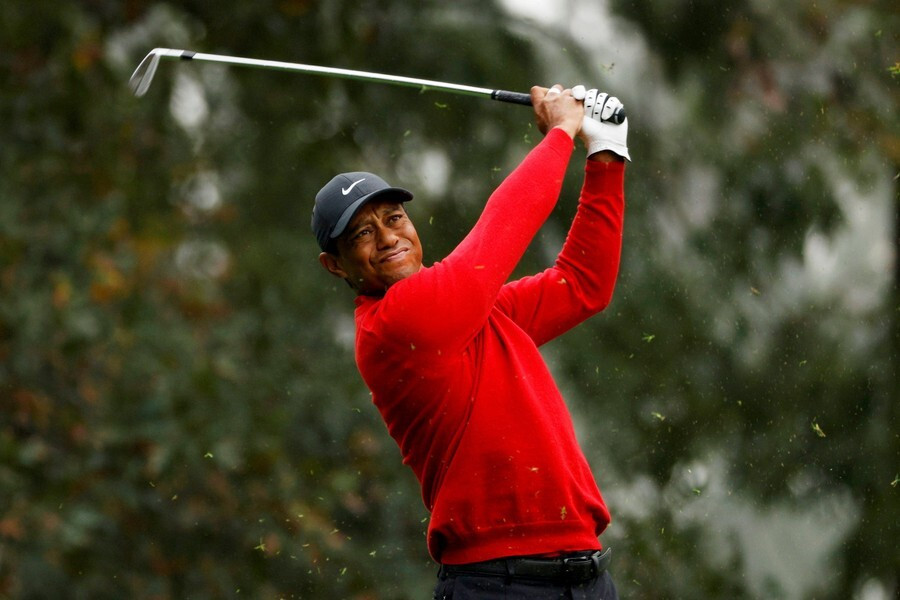 Description: Tiger Woods said that while his golf swing is in great shape his injured right foot needs time to heal and that he looked forward to using a cart when he tees it up at The Match on Saturday. The 15-time major champion withdrew ahead of last weekend's Hero World Challenge after developing plantar fasciitis, tissue inflation that causes pain in the heel. "I can hit golf balls, it's just hard to get from point A to point B, so [the cart] will certainly help a lot," Woods told reporters on a call promoting the event on Wednesday. "I've got to get this plantar to heal and that just takes time. It's not something that happens overnight. It's going to take a lot of rest and healing and unfortunately, treatment. It's a tough road." Woods suffered significant injuries to his right leg and foot during a February 2021 car crash near Los Angeles but returned to tee it up at this year's Masters, PGA Championship and the British Open. While it remains to be seen how much PGA Tour golf Woods will play next year, he noted during the call that golf lends itself to long careers. "Arnold Palmer played in 50 straight Masters. You can't do that in any other sport," said Woods, who turns 47 later this month. "Our sport is measured in decades, not just years, decades." Woods and world number one Rory McIlroy will battle major champions Jordan Spieth and Justin Thomas in the seventh iteration of The Match, a made-for-TV 12-hole exhibition event that will be played under the lights and air in the primetime slot in Florida on Saturday. Spieth marvelled at the opportunity to take on two icons of the sport. "If you told myself and JT in 2012 in college that we would be playing against these two in a match, that would be a really, really cool thing," he said. "We want to win it because of how much these two inspired us. It's a unique and really cool opportunity for us to try to take down a couple of the greats, a couple of the greatest that ever played."
Published Date: 08-Dec-2022
Share:  Linkedin   Whatsapp   Facebook