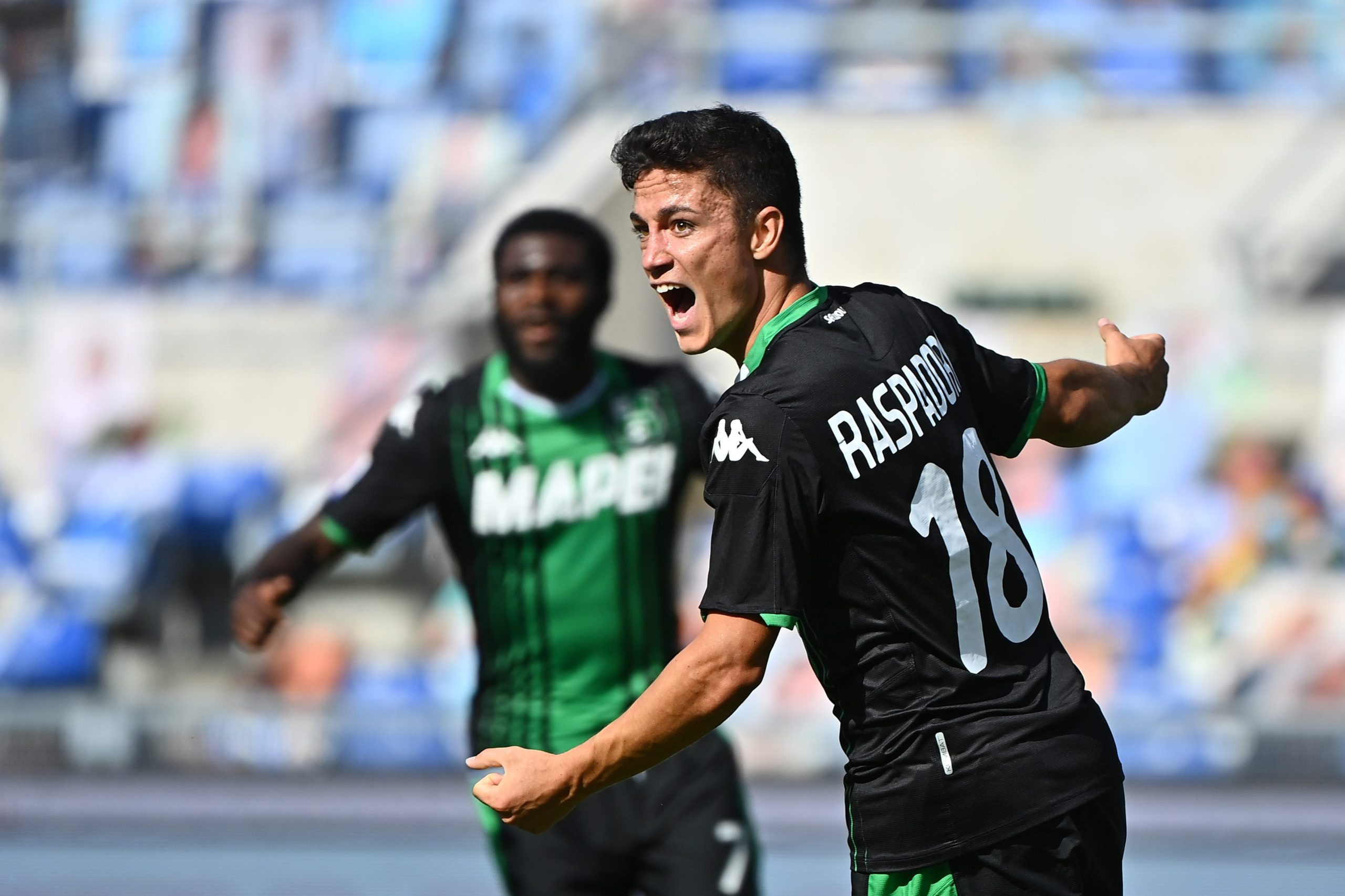 Description: Italy manager Roberto Mancini has named uncapped 21-year-old Sassuolo striker Giacomo Raspadori in a 33-man preliminary squad for Euro 2020. The Azzurri squad will have to be cut down to 26 players before June 1 but before then they have a friendly match against San Marino in Cagliari on May 28. Raspadori has played for his country at age groups from under-16 to under-21 level, but this marks his first call-up to the senior side. The striker has played himself into contention for a place in Mancini’s squad with some superb end of season form for Sassuolo. He scored four goals in his last five games, taking his overall tally for the season to six goals in 27 appearances. Chelsea’s Emerson Palmieri and Jorginho are not included due to their involvement in the Champions League final on May 29 against Manchester City, but both are expected to be named in the final squad. Italy’s training camp begins on May 24 ahead of the San Marino match at the Sardegna Arena, and they will have one final warm-up game against the Czech Republic in Bologna on June 4. The Azzurri face Turkey at Rome’s Stadio Olimpico in the opening game of Euro 2020 on June 11, before taking on Switzerland on June 16 and Wales on June 20 at the same venue.
Published Date: 18-May-2021
Share:  Linkedin   Whatsapp   Facebook