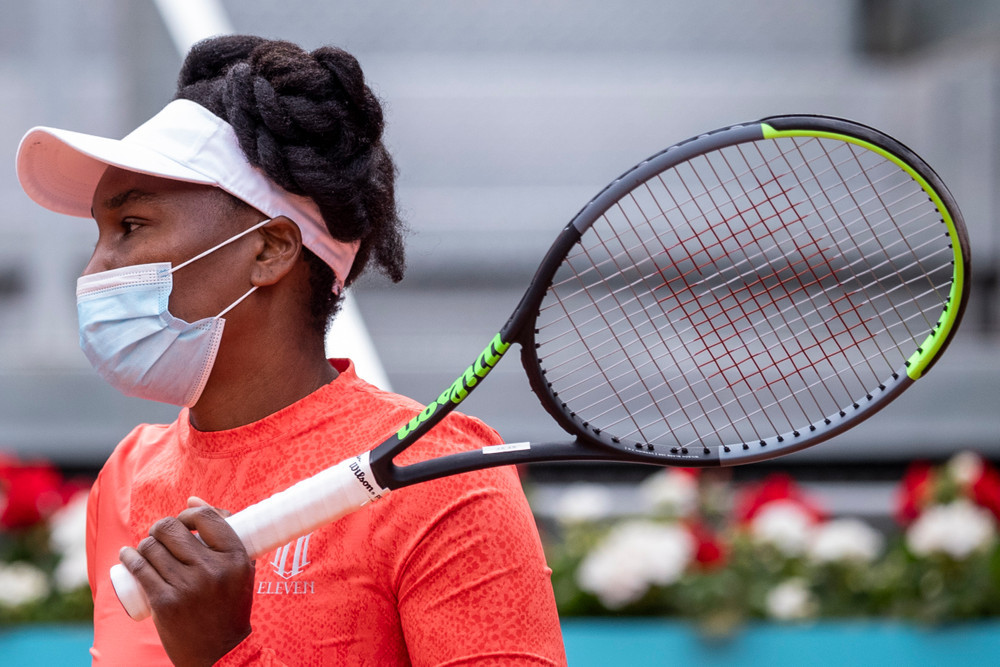 Description: A struggling Venus Williams got more than she bargained for in the form of divine intervention when heavy winds resulted in a controversial time violation in her 5-7 6-2 6-2 loss to Anna Schmiedlova at the Emilia-Romagna Open in Parma on Monday. After taking the first set 7-5 despite being 5-2 down, 40-year-old Williams was losing her grip on the match when heavy winds forced her to take her time on serve, resulting in the time violation and a confrontation with the chair umpire. "I can't control God," Williams told the chair umpire after going 4-1 down in the second set. "I'm just saying that wind blows and there is nothing I can do about that. "I can't control God, talk to him," the former world number one added, pointing a finger upwards before walking back to the baseline. Williams lost her momentum as her unforced errors count continued to rise and a brief resurgence in the decider failed to prevent Schmiedlova from sealing her fourth consecutive victory over the American after two hours and 39 minutes. While Williams had a day to forget as she continues to look for her first claycourt win this season, her younger sister and top seed Serena advanced after beating teenage qualifier Lisa Pigato 6-3 6-2. "Lisa played really well," Serena said. "She told me she was only 17. Her future is super-bright, she handled the moment well, so I look forward to cheering for her in the future."
Published Date: 18-May-2021
Share:  Linkedin   Whatsapp   Facebook