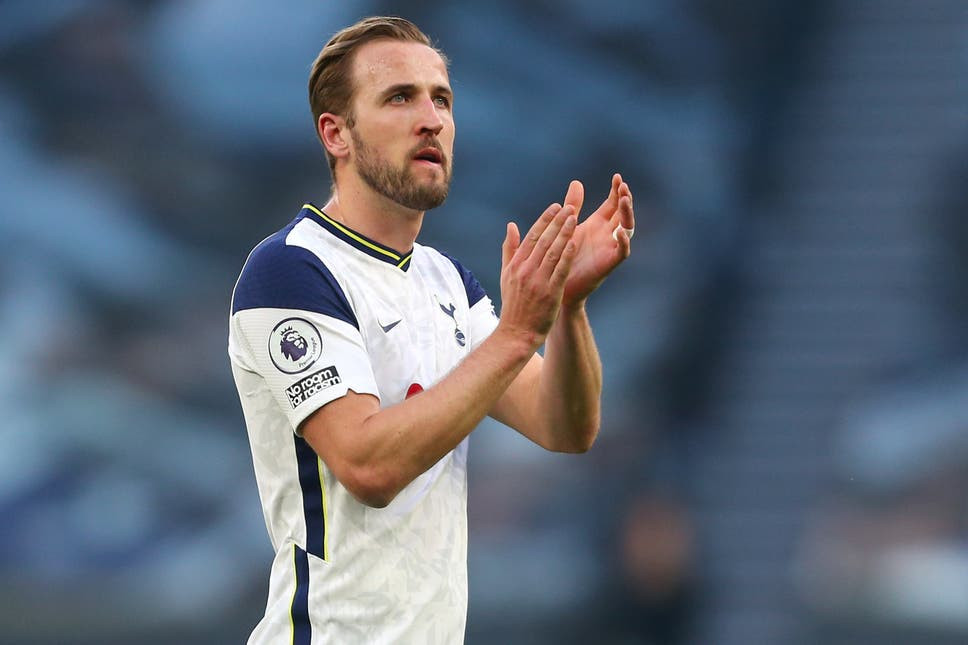 Description: Tottenham Hotspur's European hopes were dealt a huge blow as their final Premier League home game of the season ended in a 2-1 defeat by Aston Villa on Wednesday and striker Harry Kane perhaps waving a farewell to the club's fans. England captain Kane's uncertain future has left Spurs fans wearing a frown in the past week and their mood was hardly raised as a horrible own goal by Sergio Reguilon and an Ollie Watkins strike earned Villa the win. Defeat left Tottenham in seventh place with 59 points, the same as Everton, after West Ham United moved to 62 by beating West Bromwich Albion later. Tottenham now face the ignominious prospect of being in the inaugural version of UEFA's third-tier Europa Conference League next season at best, having reached the Champions League final in 2019. Defeat at Leicester City in their final game on Sunday could even see them finish as low as ninth and facing the prospect of no European football at all next season. Kane, who has scored 220 goals from 335 in all competitions for Tottenham, including 22 this season in the Premier League, was a subdued figure on Wednesday and forced only one save from Villa's Emiliano Martinez. After the final whistle, a glum-looking Kane walked slowly around each side of the pitch on his own, receiving warm applause from fans, a few of whom waved goodbye. Tottenham's fans had sung "we want Levy out" during the game, aimed at the club's chairman Daniel Levy who admitted in a message to fans in the match programme that the club had "lost sight" of key priorities. FINAL WHISTLE They continued anti-Levy chants after the final whistle with fans refusing to leave and some scuffling with stewards as they waited for the players to re-appear for a lap of honour. Interim manager Ryan Mason, who took over from sacked Jose Mourinho last month, summed up the mood. "I'm very disappointed. It wasn't how we wanted to finish the season at home in front of our fans," Mason said. "There are so many emotions in football. Yes a lot has been going on but our aim is to get results on the pitch and unfortunately we didn't do that." The match proved a microcosm of Tottenham's season in which they led the Premier League standings in December. When Steven Bergwijn seized on a Villa mistake to unleash a fierce shot into the roof of the net after eight minutes the mood was briefly buoyant among the 10,000 fans back inside the stadium for the first time this year. But the optimism was an illusion. After 20 minutes Reguilon was faced with a routine clearance but got in a terrible tangle and sliced spectacularly past his diving keeper Hugo Lloris. Reguilon's night went from bad to worse when his loose pass after 39 minutes was deflected into the path of Watkins who shrugged off Eric Dier before firing inside the post. Tottenham's confidence drained away and mistakes by Harry Winks and Dier should have been punished. The hosts were booed off at halftime and things did not improve after the break. Bergwijn and Kane had chances and Gareth Bale came off the bench for what was probably his Tottenham farewell to try and liven things up. But Villa spurned numerous chances to increase their lead, substitute Carney Chukwuemeka hitting the post in stoppage time, and as the whistle blew, more boos rang around the huge stadium. "It's an emotional game. Our fans care. I care, so I've no problem with fans being disappointed," Mason said.
Published Date: 20-May-2021
Share:  Linkedin   Whatsapp   Facebook