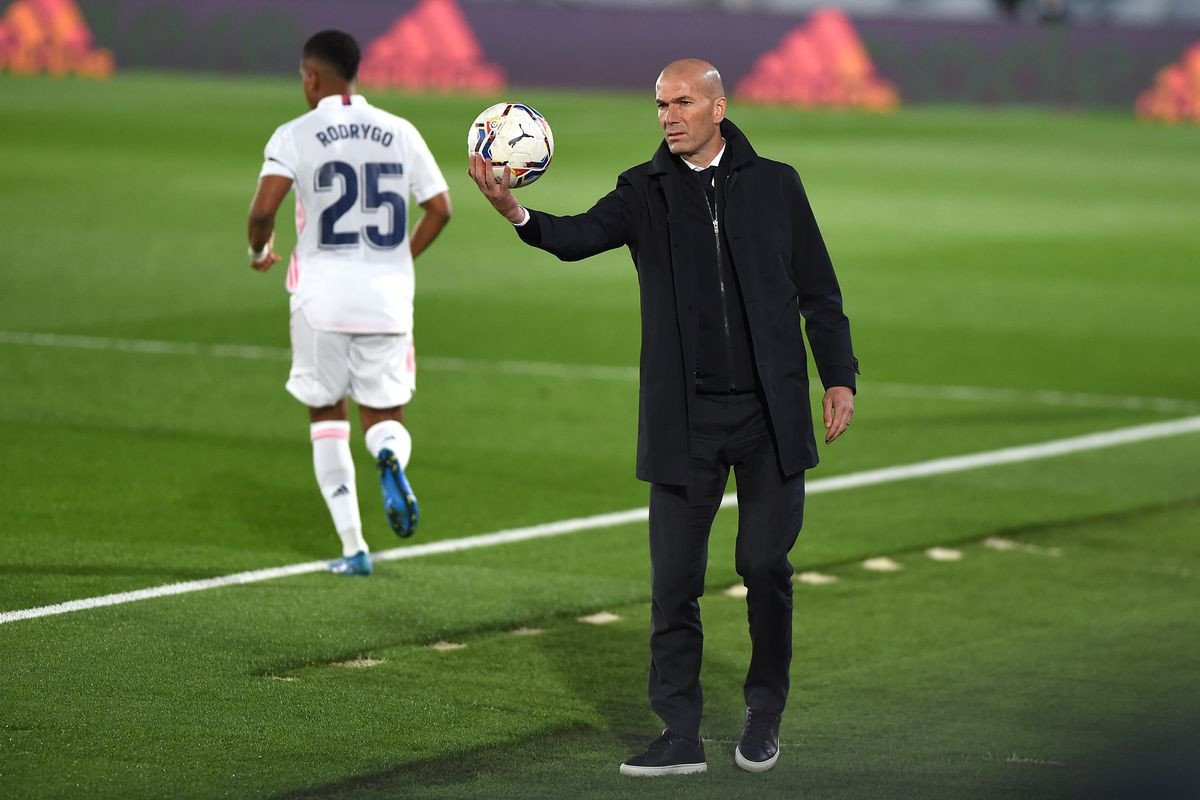 Description: Zinedine Zidane refused to confirm whether he will still be in charge of Real Madrid next season after the Spanish giants ended the season empty handed. Zidane's side finished two points behind La Liga champions Atletico Madrid, with a total of 84, following Saturday's 2-1 victory over Villarreal. They were dumped out of the Copa del Rey in the third round by minnows Alcoyano, while their Champions League challenge ended at the semi-final stage. Local media reports have speculated that the Frenchman would walk away at the end of the season, with some going as far to suggest he had already told the Real squad of his intentions - something he strenuously denied at the time. "Right now, we need to be relaxed and then when things have calmed down in the next few days then I'll talk to the club, and that's that, but today's not the day," he told a news conference. "Soon we'll see what happens, not only with me but with everything the club is planning for next season. You've (the media) have said it already - we didn't win anything this year and we know what we have to do at this club. "The fans are the most important thing, and they have to be proud of everything the players have done, we gave our absolute everything." Captain Sergio Ramos, who was an unused substitute in Saturday's game, is out of contract next month and his future remains uncertain after 16 years at the club, with no agreement in place for his renewal. Fellow defender Lucas Vazquez, an injury absentee on Saturday, also looks set to leave, with his deal expiring at the end of June.
Published Date: 23-May-2021
Share:  Linkedin   Whatsapp   Facebook