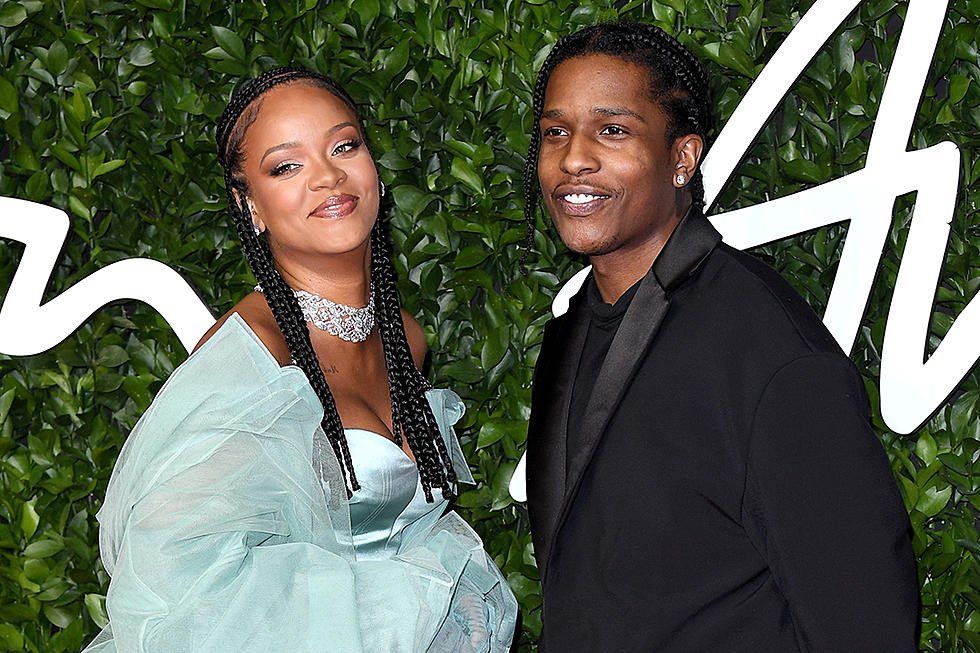 Description: US rapper A$AP Rocky has officially announced that he is in a relationship with singer Rihanna. The rapper described her as "the love of my life" in a recent interview with GQ. Rumours about the stars dating have been circulating since 2013, when the rapper supported Rihanna on her Diamonds World Tour, reported the BBC. "She amounts to probably a million of the other ones. I think when you know, you know," he said. The pair featured in Rocky's 2013 video for Fashion Killa, which saw the rapper provide a guest verse on the remix of Rihanna's 2012 hit Cockiness (I Love It). Now, the rapper’s also confessed Rihanna "absolutely" influenced his new album, which will feature Morrissey as well. Since his announcement, the duo has been trying to avoid paparazzi together. Born Rakim Athelaston Mayers, Rocky became one of the biggest break-out stars of the 2010s with his albums Long.Live.A$AP (2013) and At.Long.Last.A$AP (2015) scoring two US number one positions. Rocky is also a versatile lyricist, who can switch between aggressive and passionate delivery to a more melodic flow in a single song. Among the most sought after rappers, Rocky has collaborated with artists like Kendrick Lamar, Black Eyed Peas, Mark Ronson and even Rod Stewart. Rocky is most known in the UK for making a guest verse on pop star Selena Gomez's Good For You. In 2019, however, the star was convicted of assault during a Stockholm fight and given a two-year suspended sentence. The case grabbed international eyeballs when then-US President Donald Trump defended Rocky and claimed he was being treated unfairly. Nevertheless, his ongoing relationship with Rihanna is believed to have started last year, after she split from Hassan Jameel, her billionaire boyfriend of three years. In July, she featured Rocky in a campaign for her Fenty Skin skincare range, and the duo gave several joint interviews to promote the collaboration. Rihanna’s beauty, lingerie and clothing lines have become her center of focus in recent years. Their success has propelled her to the top of Forbes' annual list of highest-paid female celebrities, with the bulk of her $600m (£425m) fortune coming from her make-up range. Have something to add to the story? Share it in the comments below.
Published Date: 21-May-2021
Share:  Linkedin   Whatsapp   Facebook