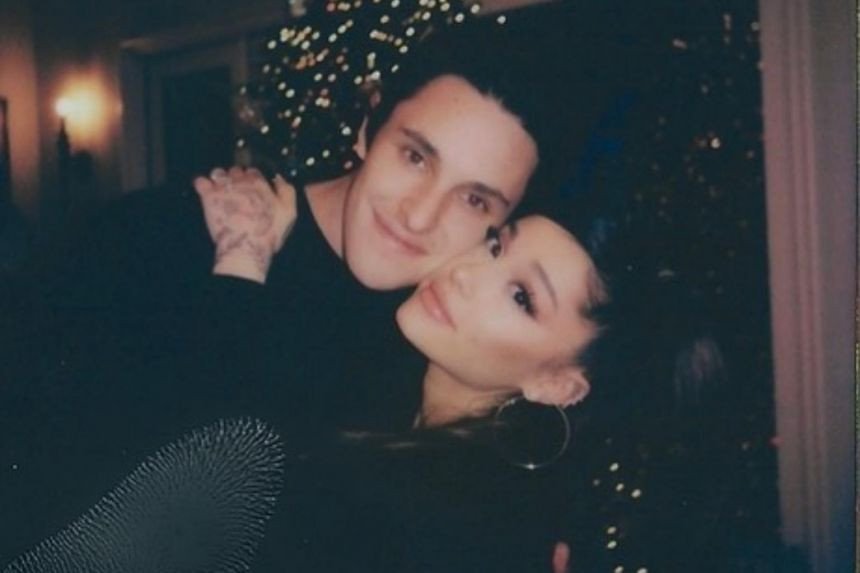 Description: American pop star Ariana Grande married her luxury real estate agent fiance Dalton Gomez at her home in Los Angeles on Sunday, US media reported Monday. "It was tiny and intimate — less than 20 people. The room was so happy and full of love," a representative for 27-year-old Grande told People magazine, which confirmed a report from TMZ. "The couple and both families couldn't be happier," the representative said. Grande announced her engagement to Gomez in a December Instagram post that included photos of the pair and her diamond and pearl ring with the caption "forever n then some." The couple was seen for the first time together in public in a music video for Stuck with U, a charity song she recorded with Justin Bieber during the coronavirus lockdown in California and released earlier this month. The lyrics of the song refer to the couple spending the lockdown together. The song tells a story familiar to many young couples in the pandemic era - forced to settle down together quickly or be kept apart thanks to virus mitigation restrictions. The experience seemed to have a happy ending for the thank u next artist. Grammy-award winning Grande was also engaged to comedic actor Pete Davidson in 2018. And Ariana Grande made headlines outside of the US in 2017 when a stadium concert of hers was the target of a suicide bombing terrorist attack in Manchester, England, leaving 22 people dead and hundreds injured. Have something to add to the story? Share it in the comments below.
Published Date: 18-May-2021
Share:  Linkedin   Whatsapp   Facebook