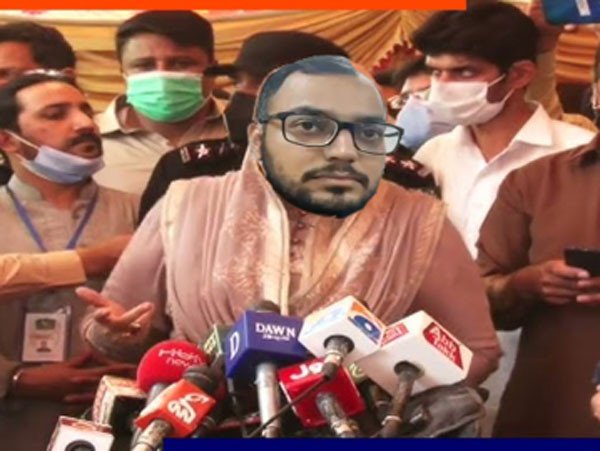 Description: An incident on a Karachi-Islamabad flight on May 20 has apparently ruffled way too many feathers in Pakistan. A couple was allegedly caught 'kissing' in the aircraft as per some eyewitnesses' claims. The fellow passengers then complained, upon which the air hostess requested the couple to desist. The story became the top trend in Pakistan as netizens poked fun at one of the eyewitness' narrations of the events that took place in the Air Blue flight. Advocate Bilal Farooq Alvi, who was on board the plane, lodged a complaint with the CAA against the airline staff for not taking action to stop the couple. Of course, Pakistani Twitter gave us some hilarious content: The kiss police ???????????? — Nigah Shah (@nigah_s_mathour) May 24, 2021 Iss Flight pe Na tou Pappiyan Hongi Aur Na He Jhappiyan Hongi. pic.twitter.com/Mr9NfpwfVO — Taimoor Zaman (@taimoorze) May 25, 2021 complainant air hostess pic.twitter.com/CBvoRoFypR — Sana Rizvi (@TheKharateyKid) May 25, 2021 New Airblue policy draft leaked: pic.twitter.com/Rdu4pgRdqM — Dawar Butt (@theLahorewala) May 25, 2021 Live scenes for #airblue flight pic.twitter.com/C81M6tyazx — Name cannot be blank (@djungelskong) May 25, 2021 Leaked Footage of Scenes at AirBlue Flight. pic.twitter.com/5jloJZWDEI — Taimoor Zaman (@taimoorze) May 25, 2021 Some valid points were made: Had this been a man beating his wife, everyone would’ve kept their mouths shut calling it their personal matter. It wouldnt even be called a bad influence on families but ofcourse, two consenting married adults, kissing each other has shaken everyone’s imaan. — ???? (@mmaleehmoh) May 25, 2021 Wtf, kissing you wife is NAZEEBA, ani deyo pic.twitter.com/FwgmeNS8Dh — Haider. (@alyhyderr7) May 25, 2021 According to Express Tribune, when the couple did not pay heed to her request, the air hostess reportedly provided the couple with a blanket to keep their display of affection under wraps. Passengers claim that when the couple was confronted over their actions they hit back saying, "Who are you to tell us anything". Have something to add to the story? Share it in the comments below.
Published Date: 26-May-2021
Share:  Linkedin   Whatsapp   Facebook