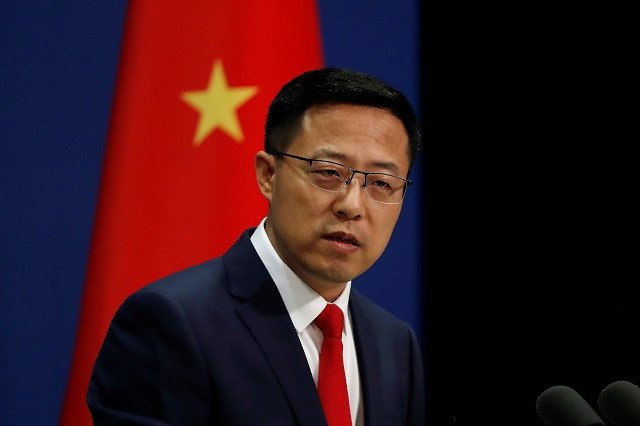 Description: A Chinese foreign ministry’s spokesperson has appreciated Prime Minister Imran Khan’s remarks on the China-Pakistan Economic Corridor (CPEC), saying Beijing is having discussions with third parties, including Afghanistan, on the extension of the flagship project. “We have noted the relevant remarks by Prime Minister Imran Khan and we appreciate it,” Zhao Lijian said during his regular briefing while responding to a question on Premier Imran’s remarks about the CPEC. While chairing a recent high-level huddle, the prime minister had said that the CPEC will bring economic progress not only to Pakistan but to the entire region. The spokesperson said that the Belt and Road Initiative (BRI) is an open and inclusive international economic cooperation initiative that is dedicated to improve connectivity and achieve common development. “The CPEC, as pioneering projects of the Belt and Road Initiative, has made important and major progress in infrastructure, energy, ports and industrial parks,” he added. Also read: New CPEC road network to improve access to Iran: Asim Bajwa In the meantime, he said, we are also extending it to regional countries, including Afghanistan. "This will not only boost faster economic development in Pakistan but also regional connectivity.” Zhao Lijian also said that China would like to work with Pakistan for the high-quality development of the CPEC and extend it to regional countries, improve people’s well-being and play a bigger role in regional connectivity and economic integration. To a specific question on third-party participation in the CPEC framework, he said that China is having discussions with third parties, including Afghanistan, on the extension of CPEC. The two sides are having consultations through diplomatic channels, he said. “We notice that Afghanistan is importing and exporting goods through Gwadar and Karachi ports. High-speed highways are also being extended to Afghanistan.” To yet another question, he dismissed the Indian claim that the CPEC is passing through a disputed territory, saying that China had said its principled position on Kashmir many times. “The CPEC is an economic initiative that targets no third country. It is not about territorial disputes and does not affect our principled position on the issue of Kashmir.” Responding to a question regarding Myanmar, the spokesperson said he was not aware of fighting between Myanmar military forces and opposition across the river from Ruili, close to China’s borders. Also read: Pakistan, China promise high quality development of CPEC Zhao Lijian said that China’s position on the situation in Myanmar is consistent and clear. “We do not want to see any bloodshed and clashes or any injury to civilians.” He asked the relevant sides to try their best to prevent the situation from spiralling out of control and said that China would continue to maintain communication with the relevant sides and try to bring the situation to a steady path at an early date.
Published Date: 24-May-2021
Share:  Linkedin   Whatsapp   Facebook