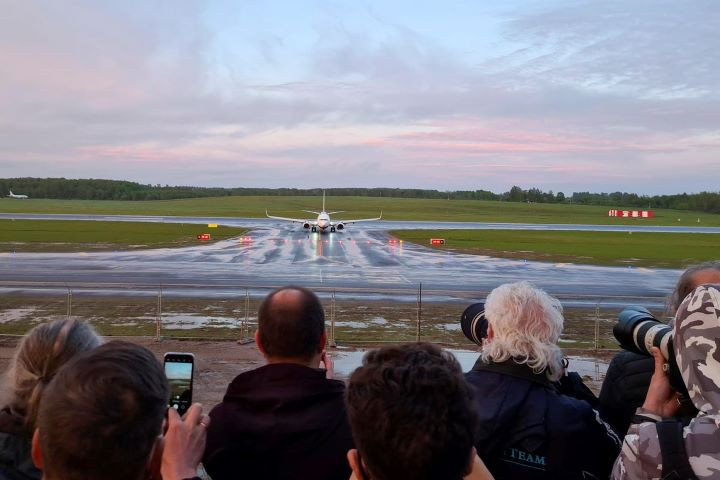 Description: Europe's aviation regulator on Wednesday urged all airlines to avoid Belarus airspace for safety reasons, saying the forced diversion of a Ryanair flight had put in question the country's ability to provide safe skies. The European Union Aviation Safety Agency (EASA) said it was advising EU airlines, as well as non-EU carriers flying to or from the bloc, to avoid the airways except in emergencies. "The circumstances surrounding this action cast serious doubts on the respect shown by Belarus for international civil aviation rules," EASA said in a safety bulletin. "The actions undertaken by Belarus amounted to an increased safety risk for the (Ryanair) flight and put into question the ability of Belarus to provide safe air navigation services." European airlines began re-routing flights on Tuesday as international outrage mounted over Minsk forcing down the jet and arresting a dissident journalist on Sunday.  European Union ministers on Monday called on EU carriers to avoid flying over Belarus and said they would ban its airlines from flying to the EU, though no formal measures have yet been adopted ahead of a June 3 transport meeting. EASA's intervention on safety grounds is separate from the ministerial threat of political sanctions and includes non-EU airlines that continue in some cases to fly over Belarus - part of the main corridor between Asia and Europe. The EASA guidelines are not mandatory, however. Officials in Belarus were not immediately available for comment on EASA's warning. President Alexander Lukashenko earlier on Wednesday accused his country's "ill-wishers" of trying to strangle Belarus.
Published Date: 26-May-2021
Share:  Linkedin   Whatsapp   Facebook