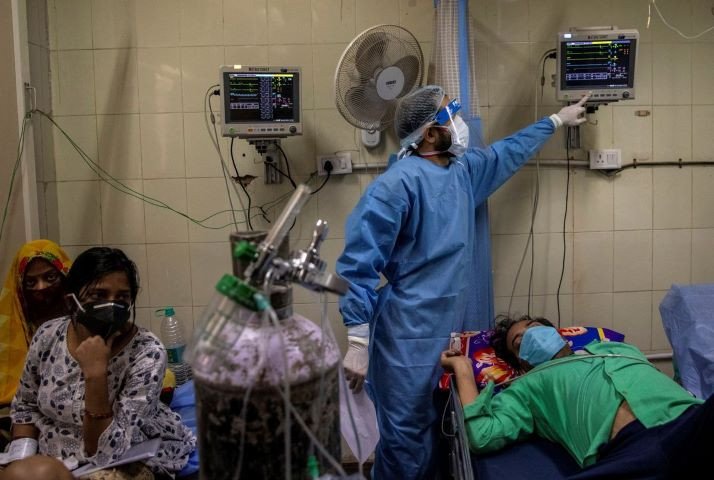 Description: Some 90,000 Indian doctors armed with medical degrees from Russia, China and Ukraine are urging the government to put them to work in the battle against Covid-19 instead of standing idly by, waiting for local licences. Nowhere in the world has been hit harder by the pandemic than India, as a new variant of the virus fuelled a surge in infections that has risen to more than 400,000 daily, with more than 4,000 deaths a day, overwhelming the health system. Graduates from overseas medical schools including Bangladesh, Philippines, Nepal and Kyrgyzstan have to pass local exams in India before they are allowed to practice. Many have either cleared the exams and are waiting for their licences to be issued, while others are to sit for the test next month. "We are not demanding that foreign graduates should be allowed to conduct surgeries, but they must be allowed to work as frontline workers at such a critical juncture," said Najeerul Ameen, president of All India Foreign Medical Graduates Association. Health experts are warning that India will soon face a shortage of medical staff in critical care units as the second wave takes its toll. "Over the next few weeks we'll be seeing the death of patients in ICUs (intensive care units) because there may be no nurses and doctors to take care of them. This is going to happen," said Dr Devi Shetty, a prominent cardiologist at a recent conference. Last week, overworked nurses and paramedics in government hospitals in the western state of Gujarat went on a strike asking for better wages and insurance cover. Ameen said thousands of the foreign medical graduates were standing idle despite being keen to work. The World Health Organization recognises their degrees. Officials at the National Board of Examination (NBE) said the exams were mandatory because they had not been trained in India. "They are not accustomed to Indian health care problems at all," said Pawanindra Lal, executive director of the NBE. The health ministry did not respond to a Reuters request for comment.
Published Date: 17-May-2021
Share:  Linkedin   Whatsapp   Facebook